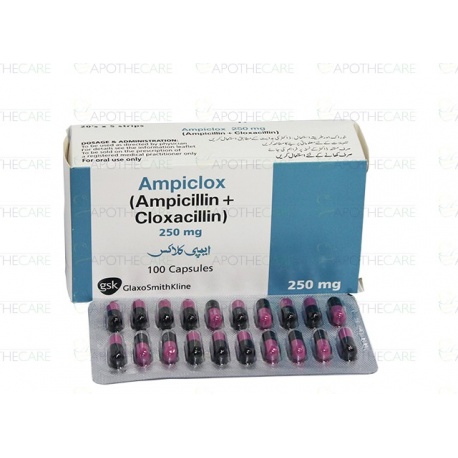 Contraceptive use has numerous health benefits such as preventing unplanned pregnancies, ensuring optimum spacing between births, reducing maternal and child mortality, and improving the lives of women and children in general. However, many women chose less effective traditional contraceptive methods in Nigeria over more effective modern contraceptive methods due to fear of side effects of the latter, a classical example is the use of Ampiclox to prevent pregnancy.

No, Ampiclox cannot prevent pregnancy or flush out sperm. Ampiclox is used in the treatment of a variety of infections due to susceptible organisms:

Beecham Amplicox or any other brand of Ampiclox should never be used for the prevention of pregnancy, abortion or flushing out sperm from the vagina because they do not work for that purpose. Learning how to use Ampliclox to prevent pregnancy is also a waste of time. Misusing antibiotics can lead to resistant bacteria (bacteria that are harder to treat).

Some germs that were once very responsive to antibiotics have become more and more resistant. This can cause more serious infections, such as pneumococcal infections (pneumonia, ear infections, sinus infections, and meningitis), skin infections, and tuberculosis. To further complicate matters, using Ampiclox to prevent pregnancy can also decrease the efficacy of oestrogen containing oral contraceptives and it may also affect the absorption of other drugs due to its effect on the gastro-intestinal flora. A safer option is to use contraceptive pills like Postinor 2 or Postpill to prevent unwanted pregnancy instead of Ampoclox.

History is full of all sorts of horrible-sounding devices, tricks and superstitions women have used to try to avoid getting pregnant before the pill and latex condoms came along. Here are 10 of the weirdest birth control methods from throughout time.

This method dates back to the Talmud. Women would soak sponges in lemon juice before inserting them into the vagina. The idea was that citric acid’s spermicidal properties would prevent impregnation. Famous Lothario Casanova allegedly inserted the rinds of lemons in his lovers as a method of preventing little Casanovas.

Your body temperature may be rising, but putting mercury anywhere near your privates is not recommended. But ancient civilizations, enamored with the mystery metal, assigned it healing properties for a variety of ailments.

Women in ancient China were told that drinking hot mercury would prevent pregnancy. Which is kind of true, since drinking mercury can lead to organ failure and death, so those women definitely wouldn’t be carrying a child anytime soon. ALSO READ: Nigerian Foods and Beverages to Avoid During Pregnancy

Not all crazy birth control methods date back to ancient pre-technology societies. In the 1950s, the idea spread that the carbonic acid in Coca-Cola killed sperm, the sugar exploded sperm cells and the carbonation of the drink forced the liquid into the vagina. So it became an after-sex douche: Women would shake up a bottle, insert it and let the soda fly. Research studies eventually debunked the method.

Ancient Greeks, always mindful of waste, found a way to reuse the water that blacksmiths used to cool materials. Some thought drinking it would prevent pregnancy. The idea persisted up through World War I, when women volunteered to work in factories for the free exposure to lead. Of course, exposure to lead can cause lots of other health problems, so pregnancy was the least of their concerns.

This one was straight up for believers in magic, who were common during ye olde Dark Ages. Women in Europe wore amulets fashioned from weasel testicles, or bone taken from the right side of a black cat, to ward off pregnancy.

Lots of women throughout history thought the answer to pregnancy was flushing it all away. Native American women tried steaming sperm out using a special kettle; others have tried seawater, vinegar, lemon juice and other acidic liquids. As we all know, spermicide isn’t effective at stopping pregnancy once the seed is already inside the vagina, so steaming it never stood a chance.

The ancient Egyptians came up with this method, dating back to 1850 B.C. Women would stick a ball of crocodile dung and honey in themselves, hoping the alkaline qualities would prevent pregnancy. It probably stopped pregnancy, but only because a big ball of reptile droppings is an effective mood killer.

This one took some work. As cited in an ancient medical manuscript dating back to 1550 B.C., women were told to grind dates, acacia tree bark and honey together into a paste and apply the mixture to seed wool, which would be inserted vaginally. The acacia in the cotton fermented into lactic acid, which has spermicidal properties, and the wool served as a physical barrier blocking insemination. These proto-diaphragms were buried with women so they wouldn’t get pregnant in the afterlife either.

Ancient Greeks and Romans used this plant from the mint genus for many things — flavoring, cooking and drinking to induce menstruation and abortion. The use of it as a birth-control device appears in 1st-century physician Dioscorides’ volume on herbal medicine. But drinking too much of this tea can be toxic and lead to organ failure. SEE: How to Spot Fake Birth Control Pills

Do not use Ampiclox if you are allergic to ampicillin or any similar antibiotic, such as amoxicillin (Amoxil, Augmentin, Moxatag, and others), dicloxacillin, nafcillin, or penicillin.

Ampiclox can make birth control pills less effective. You should not breast-feed while using Ampiclox. The more common side effects of Ampiclox oral capsule can include:

Ampiclox may interact with other medications

Ampiclox oral capsule can interact with other medications, vitamins, or herbs you may be taking. An interaction is when a substance changes the way a drug works. This can be harmful or prevent the drug from working well.