List of Nigerian Foods and Drinks to Avoid During Pregnancy 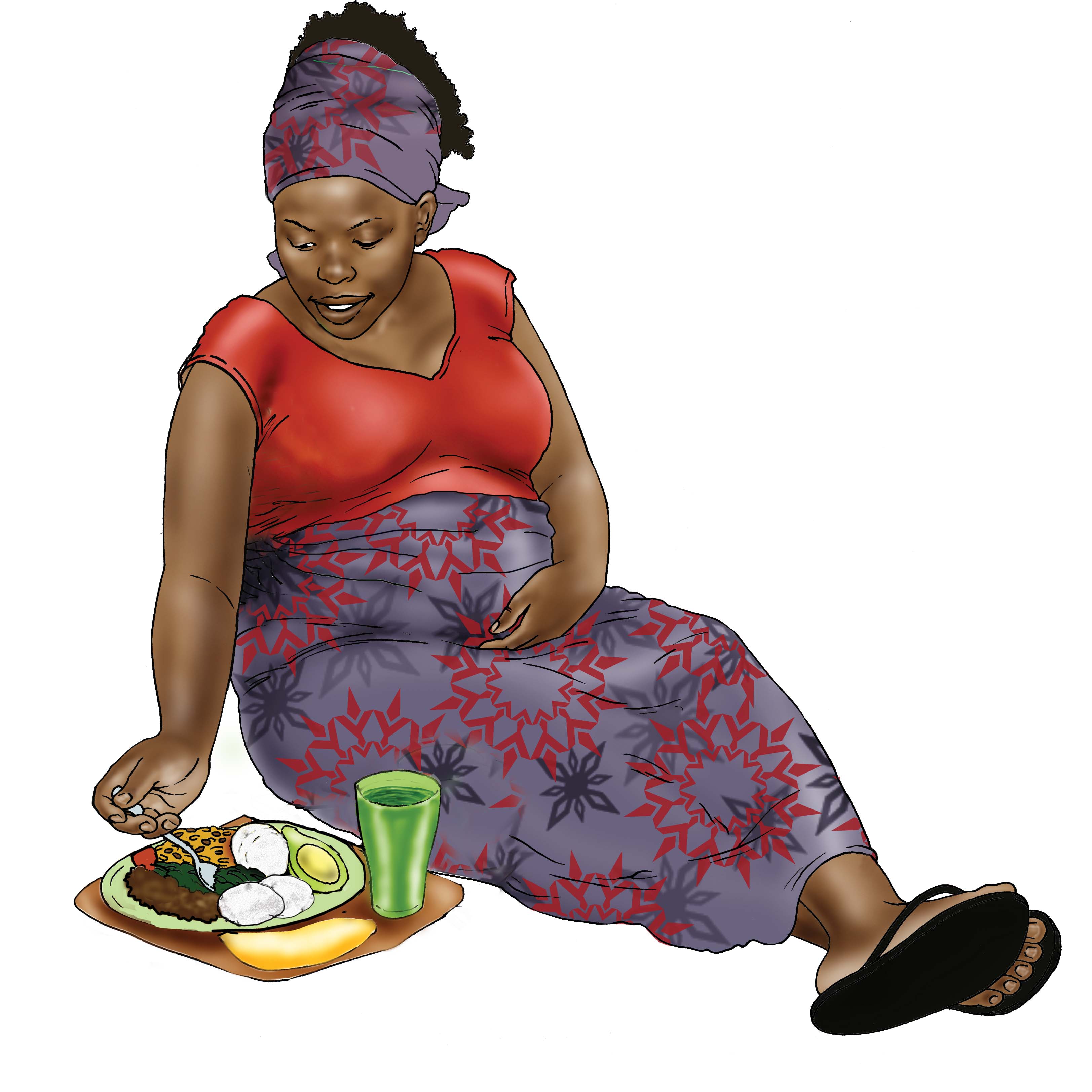 Every single day, Nigeria loses about 145 women of childbearing age, making her the second largest contributor to the maternal mortality rate in the world, according to UNICEF. One of the first things women learn when they’re pregnant is what they can’t eat. There are many complications that can arise from eating the wrong food during pregnancy. That’s why it is essential to know what a mother-to-be should or shouldn’t consume. A lot of harmless-looking food items may prove to be dangerous for the developing child. Here is a list of 10 Nigerian foods and beverages to avoid during pregnancy. 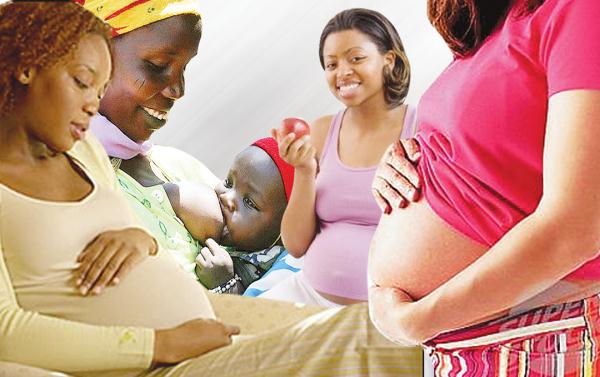 List of Nigerian Foods and Beverages to Avoid During Pregnancy

Unknown to many, Zobo drink is one of the foods a woman should avoid when pregnant. A study published in the African Journal of Alternative and Complementary medicine, revealed that when pregnant women take zobo, it increases the risk of them giving birth to babies with low birth weight. Babies are said to have low weight when they weigh less than 5 pounds, 8 ounces, (that is less than 2,500 grams). Low weight babies look smaller than babies of normal weight; their head may be bigger than the rest of the body with little body fat. Remember that zobo is used in losing weight; this can also affect an unborn child. There are many risks involved in giving birth to a baby with a low weight; they can be born with lots of health problems than babies with normal weight. This can even make them to be placed in the neonatal intensive care unit to gain weight and to treat health problems the babies have. READ: Is Peak 123 Milk Good for Babies?

Although consuming low mercury fish during pregnancy is very healthy, knowing the source from where a fish is caught or harvested is very important when pregnant. Mercury is a highly toxic element. It has no known safe level of exposure and is most commonly found in polluted water. In higher amounts, it can be toxic to your nervous system, immune system, and kidneys. It may also cause serious developmental problems in children, with adverse effects even in lower amounts. Since it’s found in polluted seas, large marine fish can accumulate high amounts of mercury. Therefore, it’s best to avoid high mercury fish while pregnant and breastfeeding. High-mercury fish you want to avoid include: shark, swordfish, king mackerel, tuna (especially bigeye tuna) marlin and cat fish bred in highly polluted waters. SEE: Health Benefits and Side Effects of Catfish

Raw eggs can be contaminated with the Salmonella bacteria. Symptoms of salmonella infections include fever, nausea, vomiting, stomach cramps, and diarrhea. However, in rare cases, the infection may cause cramps in the uterus, leading to premature birth or stillbirth. Foods that commonly contain raw eggs in Nigeria include: homemade mayonnaise, homemade ice cream and homemade cake icings. Most commercial products that contain raw eggs are made with pasteurized eggs and are safe to consume. However, you should always read the label to make sure.

There are so many health issues with eating raw or undercooked meat or fish. Eating undercooked or raw meat increases your risk of infection from several bacteria or parasites, including Toxoplasma, E. coli, Listeria, and Salmonella. Bacteria may threaten the health of your little one, possibly leading to stillbirth or severe neurological illnesses, including intellectual disability, blindness, and epilepsy. While most bacteria are found on the surface of whole pieces of meat, other bacteria may linger inside the muscle fibers. The common Nigerian foods that falls under this category are cooked pepper soup, suya and fish not properly roasted. SEE: Side Effects of Eating Suya Meat

No matter your cravings, coffee should be avoided or at least minimized during pregnancy. You may be one of the millions of folks who love their daily cups of coffee, tea, soft drinks, or cocoa. You’re definitely not alone when it comes to our love of caffeine. Pregnant people are generally advised to limit their caffeine intake to less than 200 milligrams (mg) per day, according to the American College of Obstetricians and Gynecologists (ACOG). Caffeine is absorbed very quickly and passes easily into the placenta. Because babies and their placentas don’t have the main enzyme needed to metabolize caffeine, high levels can build up. High caffeine intake during pregnancy has been shown to restrict fetal growth and increase the risk of low birth weight at delivery.

Hygiene is a major problem in Nigeria, the surface of unwashed or unpeeled fruits and vegetables may be contaminated with several bacteria and parasites. These include Toxoplasma, E. coli, Salmonella, and Listeria, which can be acquired from the soil or through handling. Contamination can occur at any time during production, harvest, processing, storage, transportation, or retail. One dangerous parasite that may linger on fruits and vegetables is called Toxoplasma.

The majority of people who get toxoplasmosis have no symptoms, while others may feel like they have the flu for a month or more. Most infants who are infected with the Toxoplasma bacteria while still in the womb have no symptoms at birth. However, symptoms such as blindness or intellectual disabilities may develop later in life. What’s more, a small percentage of infected newborns have serious eye or brain damage at birth. While you’re pregnant, it’s very important to minimize the risk of infection by thoroughly washing with water, peeling, or cooking fruits and vegetables. Keep it up as a good habit after baby arrives, too.

Dairy products are excellent sources of calcium, protein, vitamin D and phosphorous, other essential vitamins and minerals. However, a contaminated Fura da nono, a very common delicacy in Nigeria can completely rubbish these credentials. One of the major risk of consuming nono provided by unhygienic vendors is the ever present threat of harmful bacteria. Raw milk (nono) can contain an array of harmful bacteria, including Listeria, Salmonella, E. coli, and Campylobacter. (These are probably sounding familiar by now.) The same goes for unpasteurized juice, which is also prone to bacterial contamination. These infections can all have life-threatening consequence for an unborn baby. The bacteria can be naturally occurring or caused by contamination during milking of the cow, collection or storage. To minimize the risk of infections, eat only pasteurized nono like Habib yoghurts or similar products. SEE: Effects and Benefits of Fura da Nono During Pregnancy

Alcohol in the mother’s blood passes to the baby through the umbilical cord. Drinking alcohol during pregnancy can cause miscarriage, stillbirth, and a range of lifelong physical, behavioral, and intellectual disabilities. These disabilities are known as fetal alcohol spectrum disorders. Drinking alcohol during pregnancy can also cause fetal alcohol syndrome, which involves facial deformities, heart defects and intellectual disability. Since no level of alcohol has been proven to be safe during pregnancy, it’s recommended to avoid it altogether. This include Stout, Alomo bitters and other herbal and cereal based alcoholic drinks like burukutu and Ògógóró.

Even small levels of exposure to palm wine in the womb are dangerous to the baby’s brain development. Experts’ assessment of beer and palm wine in pregnancy in Nigeria found that it interferes with the development of the brain of an unborn baby. The researchers had administrated various doses of beer and palm wine from 7th through 13th day of pregnancy the most critical period of gestation, to Wistar rats to determine if these alcoholic drinks will be toxic to an unborn child’s brain development. The percentage of alcohol in beer was experimentally found to be 6.1%. The estimated alcohol content in five days fermented palm wine was 4.5%.

Beer and palm wine which is alcoholic beverages play an important indispensable role in local ceremonies such as rituals, traditional marriages and other social life in Nigeria. They are consumed by both men and women including pregnant women. Traditionally, palm wine is given to women after childbirth to help stimulate the production of milk and to young women in the fattening rooms. SEE: Child of An Alcoholic (COA)

Unripe (green) paw paw or papaya contains a latex substance that can trigger uterine contractions. The latex found in unripe papaya acts like the hormones oxytocin and prostaglandin, which are involved in the start of labor. So it’s wise to avoid unripe papaya. In the early months or stages of pregnancy, the foetus is delicate and must be taken utmost care of. Even the slightest amount of harmful substances, like latex, can cause a lot of harm. Unripe papaya contains substances with latex, which causes uterine (womb) contractions. The latex of fruits contains vegetable pepsin or ‘papain’, in the case of papaya. This ‘papain’ acts like prostaglandins (endogenous or body’s own substance) and oxytocin ( a hormone secreted by the pituitary gland of the brain), which induces contractions. Abnormal or such unnatural uterine contractions in pregnancy may cause miscarriage or premature birth of a baby. Papain also weakens the vital membranes of the foetus, making its survival difficult. Hence, in the first trimester, unripe papaya must be completely avoided. READ: List Of Nigerian Food To Eat During Pregnancy