Postpill: Everything You Should Know 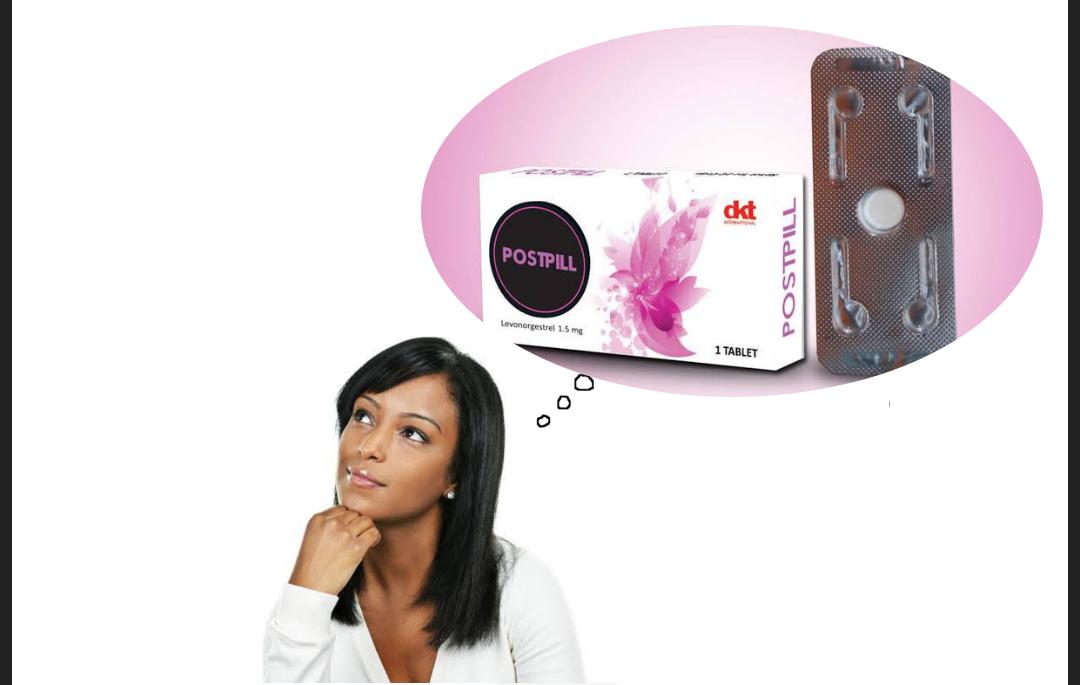 Postpill is emergency contraception that helps prevent pregnancy after birth control failure or unprotected sex. It is a backup method of preventing pregnancy and should not be used as regular birth control. It contains 1.5mg Levonorgestrel (LNG) a synthetic progestogen similar to Progesterone used in contraception and hormone therapy.

Postpill will not work if you are already pregnant and will not affect an existing pregnancy. Postpill will not protect you from HIV infection (the virus that causes AIDS) and other sexually transmitted diseases (STDs).

When should I use Postpill?

The sooner you take emergency contraception, the better it works. You should use Postpill within 72 hours (3 days) after you have had unprotected s ex.

Postpill is a backup or emergency method of birth control you can use when:

When not to use Postpill?

Postpill should not be used:

Ask a doctor or pharmacist before use if you are taking efavirenz (HIV medication) or rifampin (tuberculosis treatment) or medication for seizures (epilepsy). These medications may reduce the effectiveness of Postpill and increase your chance of becoming pregnant. Your doctor may prescribe another form of emergency contraception that may not be affected by these medications.

How to use Postpill Tablet Contraceptives

If you bought the product over the counter to self-treat, read all directions on the product package before taking this medication. If you have any questions, talk to your pharmacist. If your doctor has prescribed this medication, take it as directed.

If you vomit within 2 hours of taking this medication, contact your doctor to ask if you need to repeat the dose.

After you take this medication, the time when your period comes and how much you bleed may change. Tell your doctor right away if your period is more than 7 days late. You may need to take a pregnancy test.

Postpill is one tablet with levonorgestrel, a hormone that has been used in many birth control pills for several decades. Postpill contains a higher dose of levonorgestrel than birth control pills, but works in a similar way to prevent pregnancy. It works mainly by stopping the release of an egg from the ovary. It is possible that Postpill may also work by preventing fertilization of an egg (the uniting of sperm with the egg) or by preventing attachment (implantation) to the uterus (womb). This medication may not work well in women over a certain weight (for example, greater than 164 pounds or 74 kilograms), or if you have used certain other medications within the past month. This effect can result in pregnancy. Talk to your doctor for more details and to see if this medication is right for you (see also Drug Interactions section).

Check the ingredients on the label even if you have used the product before. The manufacturer may have changed the ingredients. Also, products with similar names may contain different ingredients meant for different purposes. Taking the wrong product could harm you.

How can I get the best results from Postpill?

You have 72 hours (3 days) to try to prevent pregnancy after birth control failure or unprotected sex. The sooner you take Postpill, the better it works.

Can I Take Postpill Twice In A Week?

Although there is no limit to the number of times you can take Levonorgestrel 1.5 mg tablets, it should only be used in an emergency. Levonorgestrel 1.5mg tablets like Postpill are only suitable as a backup, if your regular method of contraception has failed, as it does not prevent pregnancy as effectively as long-term methods such as the combined contraceptive pill.

If Postpill is taken as directed, it can significantly decrease the chance that you will get pregnant. About 7 out of every 8 women who would have gotten pregnant will not become pregnant.

How will I know Postpill worked?

You will know Postpill has been effective when you get your next period, which should come at the expected time, or within a week of the expected time. If your period is delayed beyond 1 week, it is possible you may be pregnant. You should get a pregnancy test and follow up with your healthcare professional.

Will I experience any side effects ?

If you have severe abdominal pain, you may have an ectopic pregnancy, and should get immediate medical attention.

when used as directed, Postpill is safe and effective. Side effects may include changes in your period, nausea, lower stomach (abdominal) pain, tiredness, headache, dizziness, and breast tenderness.

if you vomit within 2 hours of taking the medication, call a healthcare professional to find out if you should repeat the dose.

The World Health Organization lists no medical condition for which the prospective risks of emergency contraceptive pills outweigh the benefits. But while there are few significant health risks associated with Postpill, there’s no way around the fact that the high dose of the progestin hormone levonorgestrel drops a bomb on your endocrine system. This can cause fluctuations in your body’s hormone levels, and you know what happens when your hormone levels go haywire: acne.

“Hormones play a large role in controlling sebum production in your skin,” according to dermatologists. Generally, the higher the male hormone levels — known as androgens  the more sebum the oil glands will make. Those who have higher levels of testosterone and DHEA, the two most prevalent androgens, tend to have more acne problems than those with higher estrogen levels as a general rule.

Birth-control pills that contain both estrogen and progestin often help control acne by leveling off those hormone levels, but because Postpill is high in the progestin hormone, it can have a different effect. Levonorgestrel which is responsible for Postpill’s ability to prevent the egg from being released from the ovary, as well as thicken the vaginal fluids to prevent the sperm from reaching the egg  can have androgenic properties as it breaks down in the body, which can potentially lead to acne flare-ups and skin that produces more sebum than usual.

In addition to its obvious benefits, Postpill isn’t a guaranteed breakout-in-a-pill  but it is possible that you’ll see these effects, particularly if you’re already prone to hormonal breakouts. Just think of it this way: a pimple is a very small price to pay for avoiding an unwanted pregnancy. You can quickly get rid of Postpill acne by Placing an ice cube in a thin cloth and set it on the offending spot for three to four minutes or Applying a paste made of aspirin which immediately removes excess oil and dead skin and also help to unclog and dry out your angry pores, while simultaneously reducing swelling and redness.

Can Postpill Delay or Change My Menstrual Period?

Most women have their next period at the usual time, although some may have their period a few days earlier or later than normal. If your next period is different from normal or more than five days late or is unusually light or unusually heavy, make an appointment to see your doctor, nurse or family planning adviser as soon as possible. Spotting or bleeding may occur before your next period after taking Postpill tablet.

Do not use if the wallet seal is opened.

Postinor 1: Everything You Should Know