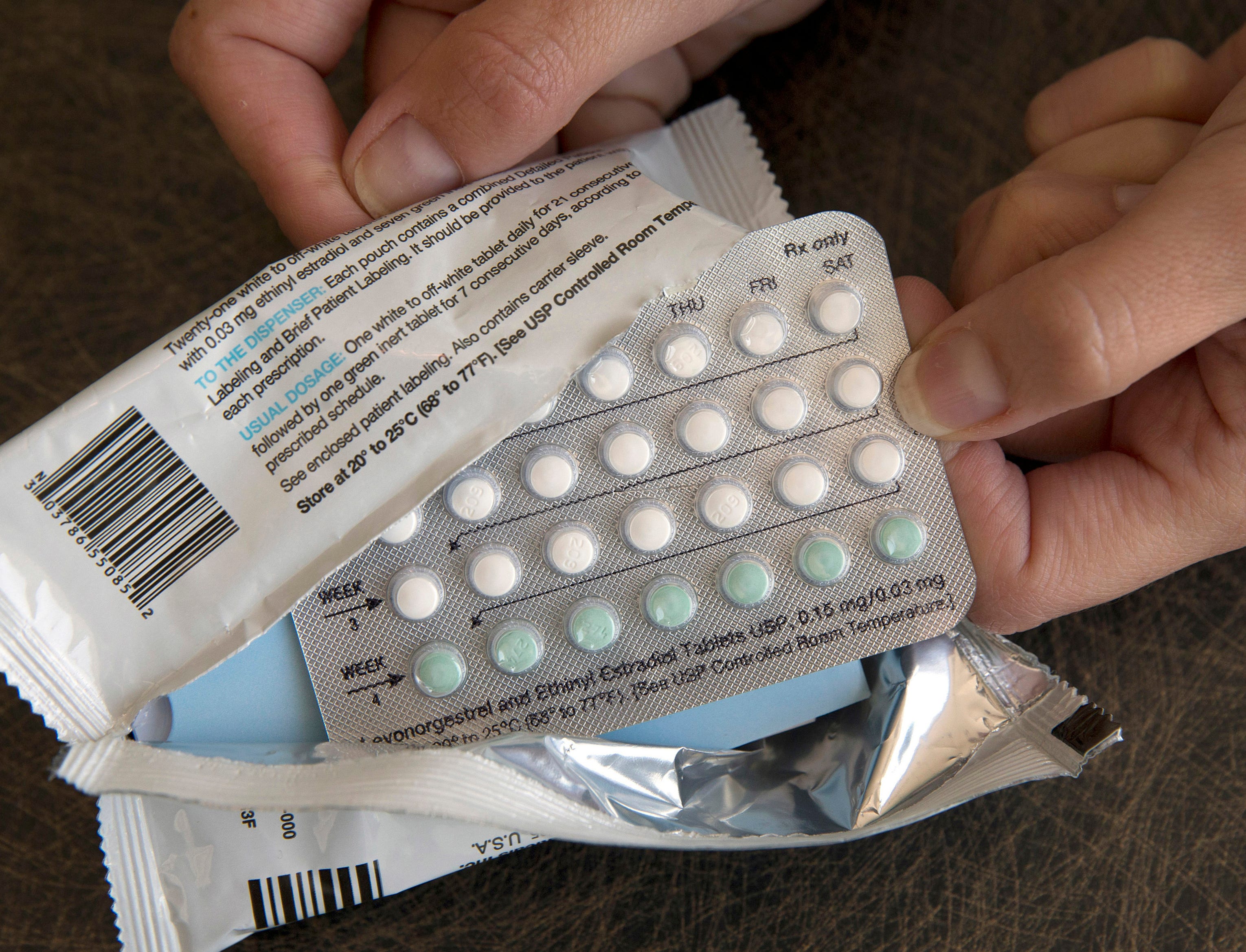 The World Health Organization defines counterfeit drugs as one which is deliberately and fraudulently mislabelled with respect to identity and/or source. A counterfeit medication or pharmaceutical product is produced or sold with the intent to deceptively represent its origin, authenticity, or effectiveness. It may be contaminated or contain the wrong or no active ingredient. They could have the right active ingredient but at the wrong dose. Counterfeit drugs are illegal and may be harmful to your health. Unfortunately, fake birth control pills are now common in many countries.

What Is Birth Control Pill?

The birth control pill (also called “the Pill”) is a daily pill that contains hormones to change the way the body works and prevent pregnancy. Hormones are chemical substances that control the functioning of the body’s organs. In this case, the hormones in the Pill control the ovaries and the uterus.

How Does It Work?

Most birth control pills are “combination pills” containing a mix of the hormones estrogen and progesterone to prevent ovulation (the release of an egg during the monthly cycle). A woman cannot get pregnant if she doesn’t ovulate because there is no egg to be fertilized. The Pill also works by thickening the mucus around the cervix, which makes it difficult for sperm to enter the uterus and reach any eggs that may have been released. The hormones in the Pill can also sometimes affect the lining of the uterus, making it difficult for an egg to attach to the wall of the uterus.

The pill has the potential to be 99% effective at preventing pregnancy if you take it without fail, meaning you don’t forget to take the pill for even a day or two. However, taking the pill perfectly can be difficult, which is why nine out of 100 women who use the pill will have an unintended pregnancy every year. The pill is most reliable when you take it consistently at the same time each day. Being consistent helps keep hormone levels from fluctuating.

How Is the Pill Taken?

Most combination pills come in either a 21-day pack or a 28-day pack. One hormone pill is taken each day at about the same time for 21 days. Depending on your pack, you will either stop taking birth control pills for 7 days (as in the 21-day pack) or you will take a pill that contains no hormones for 7 days (the 28-day pack). A woman has her period when she stops taking the pills that contain hormones. Some women prefer the 28-day pack because it helps them stay in the habit of taking a pill every day.

There is also a type of combination pill that decreases the frequency of a woman’s period by supplying a hormone pill for 12 weeks and then inactive pills for 7 days. This decreases the number of periods to one every 3 months instead of one every month.

Another kind of pill that may change the number of monthly periods is the low-dose progesterone pill, sometimes called the mini-pill. This type of birth control pill differs from the other pills in that it only contains one type of hormone — progesterone — rather than a combination of estrogen and progesterone. It works by changing the cervical mucus and the lining of the uterus, and sometimes by affecting ovulation as well. The mini-pill may be slightly less effective at preventing pregnancy than combination pills.

The mini-pill is taken every day without a break. A girl who is taking it might have no period at all or she may have irregular periods. For the minipill to work, it must be taken at the same time every day, without missing any doses.

Any type of birth control pill works best when it is taken every single day at the same time of day, regardless of whether a girl is going to have sex. This is especially important with progesterone-only pills.

For the first 7 days of taking the pill, a girl should use an additional form of contraception, such as condoms, to prevent pregnancy. After 7 days, the pill should work alone to prevent pregnancy. This timing can vary based on the type of Pill and when you start taking it — so be sure to talk about it with your doctor. Also, it’s important to continue using condoms to protect against sexually transmitted diseases (STDs).

If pills are skipped or forgotten, a girl is not protected against pregnancy and she will need a backup form of birth control, such as condoms. Or she will need to stop having sex for a while. Do not take a friend’s or relative’s pills.

Abstinence (the decision to not have sex or any intimate sexual contact) is the only method that always prevents pregnancy and STDs.

The birth control pill is a safe and effective method of birth control. Most young women who take the Pill have none to very few side effects. The side effects that some women have while on the pill include:

Some of these side effects improve over the first 3 months on the pill. When a girl has side effects, a doctor will sometimes prescribe a different brand of the pill.

The Pill also has some side effects that most girls are happy about. It usually makes periods lighter, reduces cramps, and is often prescribed for women who have menstrual problems. Taking the combination Pill often improves acne, and some doctors prescribe it for this purpose. Combination birth control pills have also been found to protect against some forms of breast disease, anemia, ovarian cysts, and ovarian and endometrial cancers.

Young women who can remember to take a pill each day and who want excellent protection from pregnancy use birth control pills.

Not all women can — or should — use the Pill. In some cases, medical or other conditions make the use of the pill less effective or riskier. For example, it is not recommended for women who have had blood clots, certain types of cancers, or some migraine headaches. It also might not be recommended for girls who have had unexplained vaginal bleeding (bleeding that is not during their periods) or who think they might be pregnant.

Girls who are interested in learning more about different types of birth control, including the pill, should talk to their doctors or other health professionals.

How Do You Get It?

A doctor or a nurse practitioner (NP) must prescribe the Pill. He or she will ask about a girl’s health and family medical history and do a complete physical exam, which might include a pelvic exam. If the doctor or NP prescribes birth control pills, he or she will explain when to begin taking the Pill and what to do if pills are missed.

The doctor or NP will usually ask the girl to come back in a few months to have her blood pressure checked and to see if she is having any problems.

After that, girls who are having sex should get routine exams every 6 months to a year, or as recommended.

While some go out of their way to seek out fake Birth control pills, nearly a quarter of birth control pills analyzed in a study were substandard or fake, according to researchers from the Georgia Institute of Technology (GT) who examined emergency contraceptive pills from Peru. Imitation and ineffective emergency contraceptives have also been reported in the United States, Angola, Ghana, Nigeria, and other parts of South America. The imitation pills and their packages can look identical to the real pills, putting women who think they are family planning at high risk of unwanted pregnancies.

The FDA is also warning the public about an overseas Internet site selling counterfeit contraceptive patches that contain no active ingredients. Contraceptive failure is the major contributor to unintended pregnancy around the world and represents a gap between women’s and couples’ intentions to avoid pregnancy and their ability to implement those intentions. Many women and couples around the world desire fewer children than they already have; others want to prevent or control the timing of future births but don’t always succeed. Unintended pregnancy is common: Worldwide, approximately 85 million pregnancies (40% of all pregnancies) were unintended in 2012. In the developing world, 74 million unintended pregnancies occur annually, of which a sizable share, 30%, are due to contraceptive failure among women using some type of contraceptive method.

One of the major contributors to unintended pregnancies is fake birth control pills. Many of these falsified medications are wrapped in deceptive packaging that is almost identical to the original product, and the pills are only distinguishable when compared side by side. In developing countries, sometimes these fake pills are sold in “informal outlets” like open-air markets. In some seen in Africa, customers select their medications from a huge bag of loose pills based simply on color, size, and shape. Sometimes, these falsified meds are sold in pharmacies, and the pharmacists often don’t know they’re fakes. Here is how to identify fake birth pills;

How Much Does An original Birth Control Pill Cost?

What Happens If I Stop Taking Birth Control?

Oralcon Pills: Uses, How It Works, Dosages, Side Effects