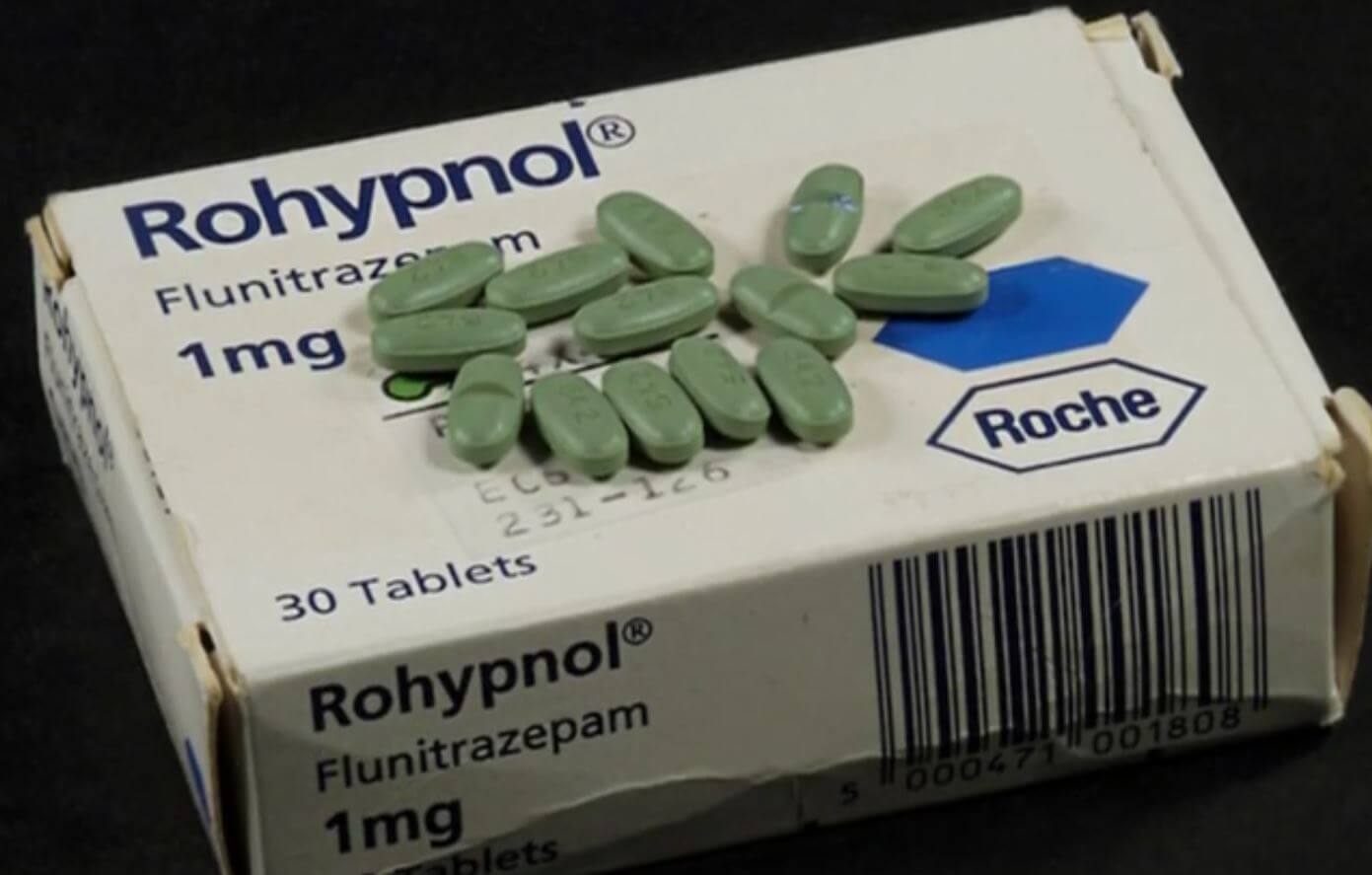 Rohypnol is a tranquilizer (Sleep trigger) about ten times more potent than Valium. The drug is available as a white or olive-green pill and is usually sold in the manufacturer’s bubble packaging. Users crush the pills and snort the powder, sprinkle it on marijuana and smoke it, dissolve it in a drink or inject it. Rohypnol is abused in Nigeria and has been used to commit sexual assaults across Nigeria because it renders the victim incapable of resisting, giving it the reputation of a “date-rape” drug.

Rohypnol users often describe its effects as “paralyzing.” The effects start twenty to thirty minutes after taking the drug, peak within two hours and may persist for eight or even twelve hours. A person can be so incapacitated (made unable to act) they collapse. They lie on the floor, eyes open, able to observe events but completely unable to move. Afterwards, memory is impaired and they cannot recall any of what happened. The person experiences loss of muscle control, confusion, drowsiness and amnesia.

Rohypnol is sold in Europe and Latin America as a sleeping pill, but it is illegal in the United States. In Nigeria, the National Agency for Food and Drug Administration and Control, NAFDAC, placed a partial ban on Rohypnol after the rape and brutal murder of  Cynthia Osokogu using the drug.

The tablet, known by common brand name as Rohypnol or Reflon, will now be restricted to only “determined” outlets in the country, lining Nigeria among countries with strict restriction of the drug.

In some cases, individuals may experience paradoxical effects – effects that are opposite than those typical of Rohypnol use. For Rohypnol, these can include excitability, agitation, anxiety, talkativeness, and/or aggression. Sedation, reduced reaction time, and impaired judgment, while being mild effects when the individual stays at home, can become quite dangerous if the intoxicated individual operates heavy machinery, including vehicles. Many car accidents have been caused by people choosing to drive while impaired by drugs like Rohypnol.

Woman waking up confused with little to no memory in high doses, Rohypnol can produce a number of very dangerous effects. The threat of hazardous effects increases whenever the drug is abused, which includes mixing it with other substances, such as alcohol. Rohypnol is a central nervous system (CNS) depressant, meaning that it slows down the respiratory system and heart rate. If the individual takes a high dose or mixes it with other depressants, this can result in profound respiratory depression. This respiratory depression can result in oxygen deprivation. If this happens, brain damage or death can result if the person doesn’t receive immediate medical attention.

Another unfortunate effect of Rohypnol is amnesia. Due to the combination of sedation and anterograde amnesia, Rohypnol has been known for its use as a “date rape drug.” Rohypnol, which is sometimes called “roofies,” can be slipped into a drink and because this drug is odorless, tasteless, and dissolves in liquid, it will go undetected by the victim. The incapacitated victim can then be sexually assaulted and often wakes up with little to no memory of what happened to them. When Rohypnol is combined with alcohol, the incapacitating effects are even more profound, making it easier for predators to move the victim to a preferable location and sexually assault them.

How Does Rohypnol interact with other drugs?

As previously mentioned, Rohypnol is a central nervous system depressant, which means when it is combined with other sedative-hypnotics, the sedating effects will be compounded. For example, roofies are often slipped into alcoholic drinks in bars, parties, or clubs. Since alcohol is a depressant, it will interact with Rohypnol by producing severe sedation, loss of consciousness, blackouts, stupor, and respiratory depression. Mixing Rohypnol with other CNS depressants also increases the risk of coma and death. Alcohol isn’t the only concern; other CNS depressants commonly referred to as club drugs include GHB and ketamine. Mixing these with Rohypnol could also lead to fatal consequences, such as overdose.

Can you overdose on Rohypnol?

Rohypnol is far more potent than other benzos, like Valium, which means that it has a very high risk of overdose. If a person ingests Rohypnol for nonmedical reasons, like when getting high, they are at risk of experiencing an overdose. Rohypnol’s association with date rape means it is closely associated with alcohol consumption; mixing alcohol and benzodiazepines increases the risk of overdose.

Symptoms of overdose include:

What harm does Rohypnol do to the body?

People are likely to experience serious physical effects from ingesting Rohypnol, either alone or in combination with alcohol or other drugs. Effects in the body include:

In addition to dangerous physical side effects, it is possible to become dependent on, tolerant to, or addicted to Rohypnol. This can lead to withdrawal symptoms, which can include seizures, extreme anxiety, hallucinations, and more.

What are the comedown effects of Rohypnol?

Once a person’s Rohypnol high begins to dissipate, they will begin to experience acute withdrawal symptoms, which are commonly referred to as the “comedown.” Rohypnol became popular as a drug to ease a person’s comedown from stimulant drugs, like crack cocaine or methamphetamine. However, Rohypnol itself has many distressing withdrawal symptoms related to coming off the drug. People who have ingested Rohypnol have reported the following comedown symptoms, which are similar to other benzos or alcohol:

What forms does Rohypnol come in?

Flunitrazepam the active ingredient in Rohypnol comes in the form of a pill. Originally, the drug was manufactured as a white tablet, but due to concerns about it being used as a date rape drug, Rohypnol now comes as an olive-green pill with blue speckles at its core. The blue interior dyes light-colored drinks blue, so a person will know if their drink has been tampered with; however, generic versions of flunitrazepam may not take this precaution.

What forms does Rohypnol come in?

Rohypnol is the brand name for the benzodiazepine, flunitrazepam. Like other benzodiazepines, this sedative-hypnotic can be prescribed to treat some medical conditions; for example, it’s used as a short-term treatment for chronic insomnia. Rohypnol also has a high risk of abuse and addiction. It is not approved for use in the United States.

Rohypnol is known for becoming one of the most widely used date rape drugs since it can be mixed into beverages and is undetectable. It is 10 times more potent than diazepam, or Valium, which is a commonly prescribed benzodiazepine medication. Rohypnol is also known as a “club drug,” because many young adults abuse it in raves or club environments. They abuse it for its intoxicating effects, such as euphoria and relaxation. They may combine it with other drugs, which increases the risk of experiencing harmful consequences.

An attacker can use several kinds of drugs or medications to overpower someone else or cause them to forget an incident. The most common date-rape drugs are:

Ketamine: This is a dissociative drug that makes you feel detached from reality. Its nicknames include Special K, vitamin K, and cat Valium. Doctors and veterinarians use it as anesthesia. Researchers are also studying it in people who have severe depression.

Alcohol:  Many attackers use one of those three drugs along with alcohol. It can boost the medicine’s effects. But alcohol by itself can also keep someone from defending themselves, knowing what’s happening to them, or remembering it later. SEE: 10 Commonly Abused Drugs In Nigeria