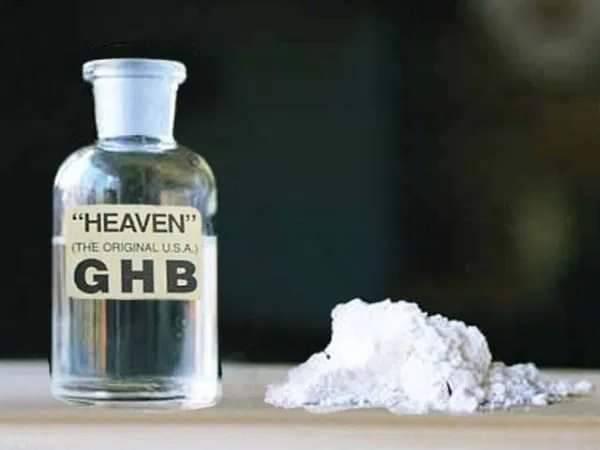 GHB (gamma hydroxybutyrate) is a depressant drug also known by the following nicknames G, fantasy, grievous bodily harm or GBH, liquid ecstasy, liquid E, liquid X, salty water, Georgia Home Boy, soap, scoop, cherry meth, and blue nitro. Depressant drugs do not necessarily make a person feel depressed. They slow down the activity of the central nervous system and the messages going between the brain and the body. Other depressants include alcohol, benzodiazepines, cannabis, and heroin. GHB occurs naturally in the brain, but it was first manufactured in the 1960s. It has been used as a general anesthetic but was withdrawn from use in most countries because of unwanted side effects.

While the FDA approved Xyrem® (a medication with GHB used to treat narcolepsy) in 2002, it is strictly regulated as a Schedule III substance and not available in normal retail pharmacies. Illicit GHB, on the other hand, is created by street drug manufacturers and frequently sold on the internet as a hallucinogen. It can be found as a colorless, odorless liquid or white powder that may have a soapy or salty taste.

Most people have heard of GHB because of its popularity in the club and electronic music scenes. Some report using the drug for its alcohol-like effects – without the loss of body control, slurred speech, or hangover. Gym-goers have also reportedly used the drug to burn fat and build muscles. However, sexual predators have also used GHB as a date rape drug by pouring the nearly undetectable substance into an unsuspecting victim’s drink. The amount used by these criminals is usually enough to make the victim lose consciousness, leave them unable to defend themselves, and forget the details of what happened the next day.

GHB is a depressant, and as a depressant, it slows down the activity of the brain and other parts of the central nervous system. Other drugs that have depressant effects include alcohol, heroin, and benzodiazepines.

GHB comes in a few forms including:

How and why is it used?

GHB is generally swallowed, although a small number of people inject it. In the 1980s, GHB was marketed as a dietary supplement for bodybuilders. GHB has also been used as a treatment for the sleep disorder narcolepsy and in the treatment of alcohol dependence.

GHB has been used to facilitate sexual assault. It can easily be slipped into a drink without the victim’s knowledge and can cause drowsiness, sleep, and short-term memory loss. This means that victims may not be able to resist or recall a sexual assault.

Some people use GHB to help with the symptoms of the “comedown” after using stimulants like amphetamines or ecstasy. Others take it because it makes them relax, feel more sociable, and lose their inhibitions.

Effects vary from person to person and may be immediate or long-term effects. They will depend on the size, weight, and health of the person taking GHB, whether they are used to taking the drug, whether other drugs are present in their body, and of course, the amount taken. It can be very hard to judge the amount taken, as the quality and strength of drugs can vary greatly from one batch to another.

Using GHB carries a high risk of overdose due to the small difference between the amount required to produce a “high” and that which causes overdose.

There is no safe level of drug use. Use of any drug always carries some risk—even medications can produce unwanted side effects. It is important to be careful when taking any type of drug.

The effects of GHB may start to be felt within 15–20 minutes and last for approximately 3 to 4 hours. Some of the effects that may be experienced after taking GHB include:

A high dose of GHB can cause a person to overdose. This means that a person has taken more GHB than their body can cope with. The effects can include:

At this stage, little is known about the long-term effects of GHB use, but we do know that it can be highly addictive. People who use GHB regularly can develop dependence and tolerance to it, which means they need to take larger amounts of GHB to get the same effect.

Other effects of GHB use

Taking GHB with other drugs

If GHB is taken with other depressant drugs (such as alcohol or benzodiazepines), the chance of overdose is increased.

If GHB is taken with stimulant drugs (such as amphetamines or ecstasy), the body will be put under a lot of stress as it tries to deal with the competing effects.

Using GHB to help with the symptoms of the “comedown” after using stimulants can lead to a cycle of dependence on both drugs.

Read about the effects of drugs on pregnancy and breastfeeding.

Read about the effects of drugs on driving.

There is evidence that after prolonged use, GHB is highly addictive. People who use GHB regularly can develop dependence and tolerance to it, which means they need to take larger amounts of GHB to get the same effect.

Dependence on GHB can be psychological, physical, or both. People who are dependent on GHB find that using the drug becomes far more important than other activities in their life. They crave the drug and find it very difficult to stop using it.

People who are psychologically dependent on GHB may find they feel an urge to use it when they are in specific surroundings or socializing with friends.

Physical dependence occurs when a person’s body adapts to GHB and gets used to functioning with the GHB present.

How To Know If You Have Alcohol Poisoning, The Next Day

Vivitrol Shot: Uses, Side Effects, Wear Off Time
effects of GHB usewhat is ghb
March 13, 2021 Family & Community HealthPublic HealthComments Off on What Does GHB (gamma hydroxybutyrate) Look Like?