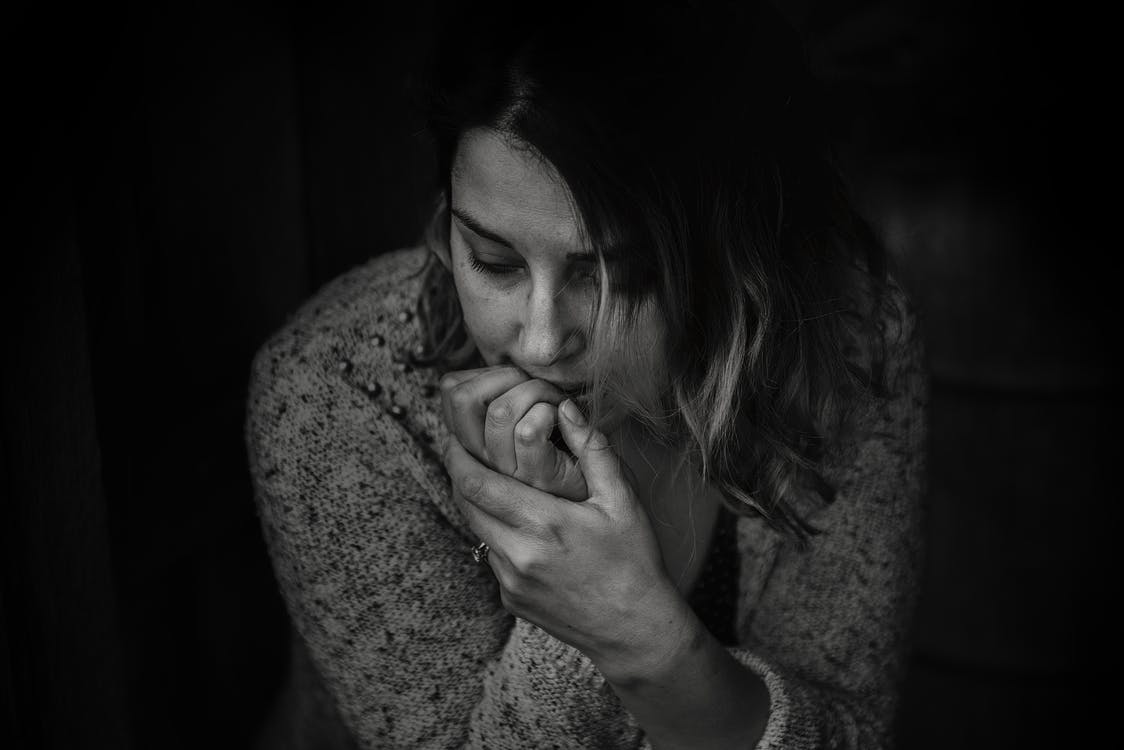 Generalized Anxiety Disorder
Generalized Anxiety Disorder, GAD, is an anxiety disorder characterized by chronic anxiety, exaggerated worry and tension, even when there is little or nothing to provoke it.Generalized Anxiety Disorder (GAD) is characterized by persistent and excessive worry about a number of different things. People with GAD may anticipate disaster and may be overly concerned about money, health, family, work, or other issues. Individuals with GAD find it difficult to control their worry. They may worry more than seems warranted about actual events or may expect the worst even when there is no apparent reason for concern.GAD is diagnosed when a person finds it difficult to control worry on more days than not for at least six months and has three or more symptoms. This differentiates GAD from worry that may be specific to a set stressor or for a more limited period of time.

GAD affects 6.8 million adults, or 3.1% of the U.S. population, in any given year. Women are twice as likely to be affected. The disorder comes on gradually and can begin across the life cycle, though the risk is highest between childhood and middle age. Although the exact cause of GAD is unknown, there is evidence that biological factors, family background, and life experiences, particularly stressful ones, play a role.Sometimes just the thought of getting through the day produces anxiety. People with GAD don’t know how to stop the worry cycle and feel it is beyond their control, even though they usually realize that their anxiety is more intense than the situation warrants. All anxiety disorders may relate to a difficulty tolerating uncertainty and therefore many people with GAD try to plan or control situations. Many people believe worry prevents bad things from happening so they view it is risky to give up worry. At times, people can struggle with physical symptoms such as stomachaches and headaches.

When their anxiety level is mild to moderate or with treatment, people with GAD can function socially, have full and meaningful lives, and be gainfully employed. Many with GAD may avoid situations because they have the disorder or they may not take advantage of opportunities due to their worry (social situations, travel, promotions, etc). Some people can have difficulty carrying out the simplest daily activities when their anxiety is severe.

Obsessive-Compulsive Disorder, OCD, is an anxiety disorder and is characterized by recurrent, unwanted thoughts (obsessions) and/or repetitive behaviors (compulsions). Repetitive behaviors such as hand washing, counting, checking, or cleaning are often performed with the hope of preventing obsessive thoughts or making them go away. Performing these so-called “rituals,” however, provides only temporary relief, and not performing them markedly increases anxiety.

Obsessive compulsive disorder (OCD) affects millions of people from all walks of life. According to the NIMH, OCD affected 1.2% of adults in the U.S. in the past year. It currently affects approximately 1 in 40 adults and 1 in 100 children in the U.S. People with OCD experiences obsessions and compulsions. Obsessions are intrusive and unwanted thoughts, images, or urge that cause distress or anxiety. Compulsions are behaviors that the person feels compelled to perform in order to ease their distress or anxiety or suppress the thoughts. Some of these behaviors are visible actions while others are mental behaviors. Common obsessions include concerns about contamination, cleanliness, aggressive impulses, or the need for symmetry. Common compulsions include checking, washing/cleaning, and arranging. There isn’t always a logical connection between obsessions and compulsions. Often people with OCD experiences a variety of obsessions and compulsions.

Many people with OCD recognize that their obsessions and compulsions are not rational. Nevertheless, they still feel a strong need to perform the repetitive behavior or mental compulsions. They may spend several hours every day focusing on their obsessions, performing seemingly senseless rituals. If left untreated, OCD can be chronic and can interfere with a person’s normal routine, schoolwork, job, family, or social activities. Proper treatment can help sufferers regain control over the illness and feel relief from the symptoms.   Unlike adults, children and teens with OCD may not recognize that their obsessions and compulsions are excessive.

Panic Disorder
Panic disorder is an anxiety disorder and is characterized by unexpected and repeated episodes of intense fear accompanied by physical symptoms that may include chest pain, heart palpitations, shortness of breath, dizziness, or abdominal distress. Panic disorder is diagnosed in people who experience spontaneous seemingly out-of-the-blue panic attacks and are very preoccupied with the fear of a recurring attack. Panic attacks occur unexpectedly, sometimes even when waking up from sleep. Panic disorder usually begins in adulthood (after age 20), but children can also have panic disorder and many children experience panic-like symptoms (“fearful spells”).

About 2-3% of Americans experience panic disorder in a given year and it is twice as common in women than in men. Panic disorder can interfere a lot with daily life, causing people to miss work, go to many doctor visits, and avoid situations where they fear they might experience a panic attack. The interference is greatest when people also have agoraphobia, as well as panic disorder.

Many people don’t know that their disorder is real and highly responsive to treatment. Some are afraid or embarrassed to tell anyone, including their doctors and loved ones, about what they experience for fear of being considered a hypochondriac. Instead they suffer in silence, distancing themselves from friends, family, and others who could be helpful or supportive.

Post-Traumatic Stress Disorder (PTSD)
Post-Traumatic Stress Disorder, PTSD, is an anxiety disorder that can develop after exposure to a terrifying event or ordeal in which grave physical harm occurred or was threatened. Posttraumatic stress disorder, is a serious potentially debilitating condition that can occur in people who have experienced or witnessed a natural disaster, serious accident, terrorist incident, sudden death of a loved one, war, violent personal assault such as rape, or other life-threatening events. There are currently about 8 million people in the United States living with PTSD. Research has recently shown that PTSD among military personnel may be a physical brain injury, specifically of damaged tissue, caused by blasts during combat.

Traumatic events that may trigger PTSD include violent personal assaults, natural or human-caused disasters, accidents, or military combat. It’s not unusual for people who have experienced traumatic events to have flashbacks, nightmares, or intrusive memories when something terrible happens  like the 9/11 terrorist attacks and those in cities around the world (Orlando and Paris, for example) or the bombings at the 2013 Boston Marathon, or active combat.

Social Phobia (or Social Anxiety Disorder)
Social Phobia, or Social Anxiety Disorder, is an anxiety disorder characterized by overwhelming anxiety and excessive self-consciousness in everyday social situations. Social phobia can be limited to only one type of situation – such as a fear of speaking in formal or informal situations, or eating or drinking in front of others – or, in its most severe form, may be so broad that a person experiences symptoms almost anytime they are around other people.The defining feature of social anxiety disorder, is intense anxiety or fear of being judged, negatively evaluated, or rejected in a social or performance situation. People with social anxiety disorder may worry about acting or appearing visibly anxious (e.g., blushing, stumbling over words), or being viewed as stupid, awkward, or boring. As a result, they often avoid social or performance situations, and when a situation cannot be avoided, they experience significant anxiety and distress. Many people with social anxiety disorder also experience strong physical symptoms, such as a rapid heart rate, nausea, and sweating, and may experience full-blown attacks when confronting a feared situation.

Social anxiety disorder can wreak havoc on the lives of those who suffer from it. For example, individuals may decline a job opportunity that requires frequent interaction with new people or avoid going out to eat with friends due to a fear that their hands will shake when eating or drinking. Symptoms may be so extreme that they disrupt daily life and can interfere significantly with daily routines, occupational performance, or social life, making it difficult to complete school, interview and get a job, and have friendships and romantic relationships. People with social anxiety disorder are also at an increased risk for developing major depressive disorder and alcohol use disorders.

Despite the availability of effective treatments, fewer than 5% of people of with social anxiety disorder seek treatment in the year following initial onset and more than a third of people report symptoms for 10 or more years before seeking help. READ How Quickly Does Propranolol Work For Anxiety

How Quickly Does Propranolol Work For Anxiety