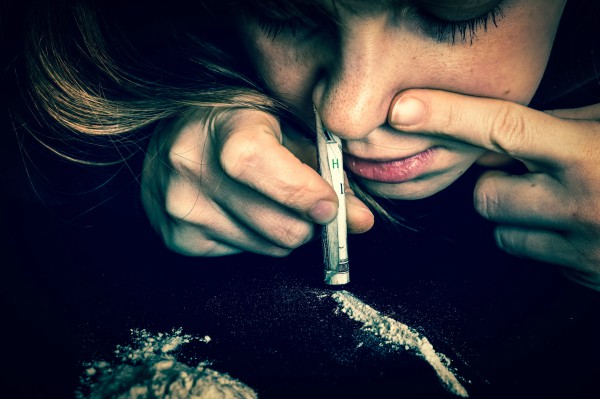 Valium (diazepam) is a prescription medication that is used to treat anxiety, muscle spasms, alcohol withdrawal, and seizures. It is designed to be used only under the care and supervision of a doctor. In addition to the calming effect that Valium creates, it can also cause the release of chemicals in the brain called endorphins. When endorphins are released, it causes a pleasurable, euphoric sensation called a high. When someone begins using Valium for the high that it creates, they may have a Valium addiction. When Valium is misused or used over a prolonged period of time, it can cause dependence. Dependence occurs when the body becomes accustomed to the presence of Valium in the bloodstream and begins needing the drug to function normally. Once dependence has developed, withdrawal symptoms will occur when Valium use is stopped.

What Is Valium Used For?

Valium is prescribed for a few different reasons, primarily anxiety and seizure prevention. However, this can include several different types of anxiety. Valium is used to treat:

Though Valium is intended to treat serious anxiety or seizures, many use it to feed an addictive craving. As many as 20% of people who take Valium or other benzodiazepines are misusing them.

What happens in the brain when you snort valium?

Some users may snort Valium in an attempt to intensify their high. Apart from the overdose risk that comes with abuse of drugs in this manner, there is a potentially pronounced risk of addiction development. People who repeatedly abuse Valium can develop physical dependence and may experience severe and sometimes dangerous withdrawal symptoms when not used, making it extremely hard to quit.

Snorting valium can result in drowsiness, low blood pressure, and delayed breathing, in addition to possible severe damage to the nose. While the effects of snorting Valium on the nose have not been well-studied, it may damage the nose in ways similar to cocaine.

Does Snorting Valium Cause a Faster High?

Valium users may assume that snorting the drug will result in a faster and better high since in some cases snorting drugs can speed up and intensify their effects. However, it is unclear whether snorting Valium actually intensifies its effects more than ingesting it orally. While there is no guarantee of any intensified high, there is a significant risk that the user will misjudge the amount they ingest, which may lead to overdose.

Snorting Valium may do nothing to increase the effects the user feels; instead, it introduces a slew of risks such as overdose and the development of addiction. Over time, snorting Valium is likely to lead to physical dependence. Physiologic dependence is closely linked to tolerance, withdrawal, and addiction.

Valium is an addictive benzodiazepine with longer-lasting effects than other drugs in its class. An addiction to Valium can progress quickly if the drug is used in a way not directed by a doctor. Over time, it is harder for a Valium abuser’s brain to function normally without the drug. Yet, some people addicted to Valium may not even realize they have a problem. Taking Valium for longer than 4-6 weeks, even with a prescription from a doctor, increases the likelihood of becoming addicted. One of the telltale symptoms of a Valium addiction is needing larger doses to feel the drug’s effects. Other signs of an addiction to Valium include:

Many people who become addicted to Valium start taking it as prescribed by their doctor. Over time, their body develops a tolerance to it, requiring higher doses to achieve the same relaxing effect. Some people adjust their dosage without a doctor’s recommendation. They take more Valium at a time, take it more often, or continue to take it after their doctor stops prescribing it.

If your loved one is abusing Valium, they will have to obtain the excess pills from somewhere. They could be “doctor-shopping,” visiting several doctors for prescriptions. They might also be getting Valium from someone they know or buying it online. Some websites do not require a prescription. If they obtain the drug illicitly, they may store it in unmarked containers, plastic wrap, or baggies.

Diazepam comes as a white, yellow, orange, or blue tablet that is meant to be swallowed. Crushing the pills to snort them could also be a sign that your loved one is struggling with addiction. You may find powder residue and paraphernalia such as straws or rolled paper among their belongings.

The more Valium your loved one takes, the higher their tolerance, so they will continue to need greater amounts of the drug. This gets expensive, especially as they buy it through sources that are not covered by insurance. Some people end up selling prized possessions or stealing money from loved ones to pay for their addiction. They may ask you for money to pay for rent or gas, only to use it on Valium.

Valium may be your loved one’s first priority if they are addicted to it. They are likely to spend a lot of their time seeking it, taking it, and experiencing its effects, which leaves little room for anything else. If you notice that your loved one is no longer doing things they used to enjoy, such as hobbies or spending time with friends, this can be a red flag. Strained or broken relationships may also be a sign of addiction.

Realigned priorities may also mean that your loved one does not put as much effort into their job or schoolwork as they previously did. It may be difficult to show up at work if they are drowsy and distant from abusing Valium. Job loss is common among individuals who suffer from addiction and worsens the money problems your loved one may have because of their drug use.

As a sedative, Valium (diazepam) slows a person’s brain activity, breathing, and heart rate. The goal is to help them deal positively with everyday stress. If they take too much, they may become over-sedated and have symptoms like:

Valium stays in the body much longer than other benzodiazepines. If your loved one is addicted to it and taking it too often, the drug can build up in their system and make these symptoms worse. This also increases the risk of Valium overdose.

Individuals who abuse anti-anxiety drugs like Valium (diazepam) may experience more anxiety than before. These drugs are only effective to a certain point and can weaken a person’s natural ability to deal with stress. Valium abuse can also cause adverse psychological reactions, such as:

Like most benzodiazepines, Valium (diazepam) can cause a person to develop a physical dependence. When the body relies on a drug to function properly, it goes into withdrawal when the drug is not present. Your loved one may have Valium withdrawal symptoms if they suddenly stop taking the drug. A doctor will generally implement a tapering program to slowly reduce Valium dosage and avoid or lessen withdrawal symptoms.

If your loved one is addicted to Valium, they may have withdrawal symptoms between doses as some of it leaves their system. Withdrawals are likely to be more severe as well.

Once a user has a tolerance to Valium’s effects, they could also have withdrawal symptoms if they stop taking it. Valium withdrawal can be dangerous and uncomfortable, which makes it hard for addicted people to quit on their own. The symptoms of withdrawal are intense, and many people addicted to Valium need the drug to feel normal.

“I was taking so many pills that I wasn’t even taking them to get high anymore. I was taking them to feel normal. Not that I didn’t get high. I just had to take a ridiculous amount. I want to say in a day I could consume anywhere from 40 to 60 Valium’’ – Rapper Eminem (Marshall Mathers), Rolling Stone, 2011

Can You Snort Xanax?

What Is The Street Value Of Valium?
Snorting Valium
July 19, 2020 Family & Community HealthPublic HealthLeave a comment