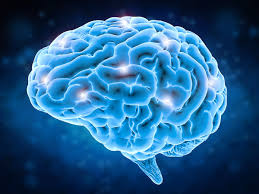 Rohypnol (Flunitrazepam) is a type of benzodiazepine, a class of drugs that depresses the central nervous system. You may have heard of Valium and Xanax. These are also benzodiazepines used as sedatives and antianxiety agents. Rohypnol was developed as a sleeping aid. It is also used in therapy settings to relax patients and to get them talking. Rohypnol is manufactured in Europe and Latin American and is sold in many countries around the world. However, it is illegal in the United States and Canada. The pills are round, white and smaller than aspirin. Because Rohypnol is inexpensive, it is becoming popular, Rohypnol is used mostly at parties, and usually taken with alcohol. It has a synergistic effect with other drugs such as alcohol. This means that one drug increases the effect of the other.

Because Rohypnol is colorless, odorless and flavorless, it can be slipped into drinks unnoticed. This is one reason this drug is so dangerous. People may consume it without knowing it. It dissolves quickly and takes effect in 20-30 minutes. Its effects can last 8-12 hours. Within the past few years, Rohypnol has become known as the “date rape” drug. People will come home from a party and have no idea what happened to them because they unknowingly ingested Rohypnol, passed out, and woke up several hours later with no memory of the evening. Street names for Rohypnol include rophies, ruffies, R2, roofenol, Roche, la rocha, rope, roopies, ropies, and rib.

Rohypnol can produce amnesia (memory loss) and muscle relaxation and make people lower their inhibitions. An inhibition is when you feel like you can’t do something. When inhibitions are lowered, people feel as if an obstacle has been removed. Therefore, they can talk more freely and feel less shy. Continued, repeated use of Rohypnol may result in addiction and although Rohypnol is a sedative, it can cause aggressive behavior in some people. Withdrawal symptoms may occur and include headaches, sore muscles, hallucinations, convulsions, and possibly seizures 1-2 weeks after quitting the drug.

Although overdoses are rarely fatal, emergency services are sometimes required because Rohypnol can cause a person to vomit, hallucinate, have trouble breathing and fall into a coma. When Rohypnol is combined with alcohol the outcome is usually worse.

Effects of Rohypnol on the Brain

GABA is also responsible for regulating dopamine levels. A 2012 study on benzodiazepines showed that drugs like flunitrazepam reduce the functioning of GABA receptors, which lowers inhibition of dopamine production. This causes the brain to produce more dopamine than usual.

Increased levels of dopamine result in a warm, pleasurable feeling. This, paired with its relaxing effects, is why flunitrazepam is referred to as a “club drug” and is taken recreationally. Some people may also take flunitrazepam to manage withdrawal from other drugs, such as cocaine. Such uses can easily turn into addiction.

Usually, flunitrazepam is taken orally—swallowed, chewed or dissolved in liquid. It takes effect in 15 to 20 minutes and can last around 12 hours. It may produce a faster effect when crushed and snorted or dissolved and injected.

Someone suffering from addiction may use flunitrazepam with other substances, such as marijuana, heroin or alcohol. Heroin and alcohol, also central nervous system depressants, especially increase the effects of flunitrazepam. When these substances are used together, there is more risk of blackout, respiratory depression and death.

When someone takes flunitrazepam frequently, the body builds a tolerance to it, which means a higher dose is required to produce the same results. This can create dependence, which leads to withdrawal symptoms if a person stops taking the drug.

The first step toward treatment for flunitrazepam addiction is detoxification to clean the drug from the body. Medically-supervised programs are available to ease this process for those suffering from uncomfortable withdrawal symptoms. There are currently no medications approved for treating flunitrazepam addiction. Other treatment options are available and may include behavioral therapy and counseling. Inpatient drug rehab centers offer specialized programs based on a patient’s needs to help individuals overcome addiction and move forward with their lives.

What is Wet Brain?
Effects of Rohypnol on the Brain
July 21, 2020 Health FeaturesPublic HealthLeave a comment