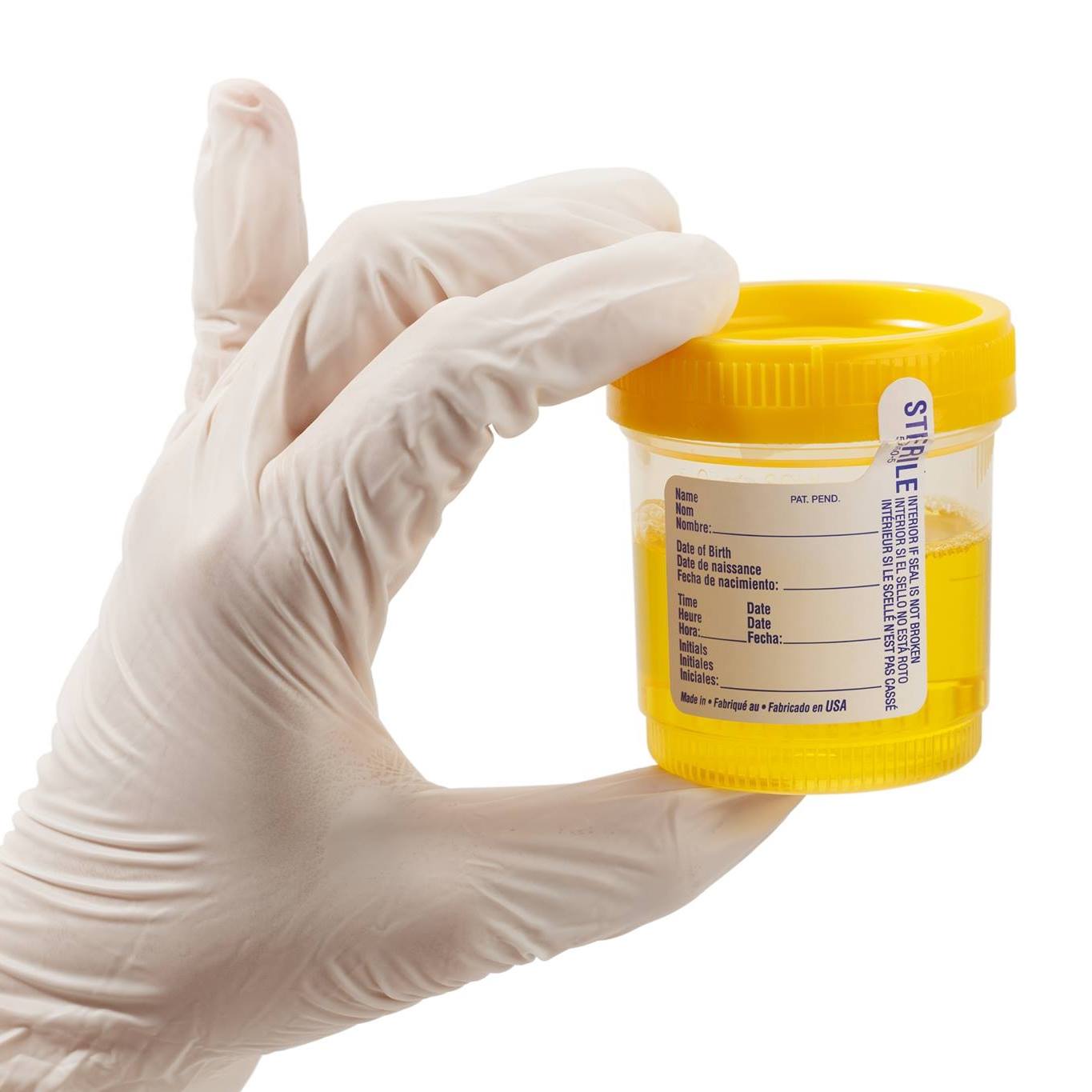 A drug test looks for the presence of one or more illegal or prescription drugs in your urine, blood, saliva, hair, or sweat. Urine testing is the most common type of drug screening. The drugs most often tested for include:

Many employers require potential employees to take a urine drug test before they can be hired. One benefit of the urine drug screen is that it can keep people with drug problems out of jobs that require the ability to be alert and focused. For instance, an air traffic controller or truck driver who uses drugs could put the safety of many people at risk. Testing may also lower the risk of on-the-job accidents.

Pre-employment drug testing is the most common type, according to Quest Diagnostics, which provides drug-screening services. Most states allow pre-employment drug screens, though some require employers to provide notice to applicants.

Hair follicle drug testing for job applicants and employees has led to the proliferation of detox technologies and shampoos that aid in hair detox which promotes the elimination of controlled substances from the body. Most people are particularly afraid of going through a hair follicle drug test because it can detect drugs for a period of up to 12 months.

Courts have generally ruled that pre-employment drug screens for illegal drugs do not constitute medical examinations under the Americans with Disabilities Act. Though, the Equal Employment Opportunity Commission has said that such screens should be administered after a conditional offer of employment has been made because the employer may need to ask job applicants follow-up medical questions based on the results.

Further, it may be easier to cut ties with a candidate who fails a drug screen than an employee who is already trained and integrated into the company.

Businesses with employees who work in safety-sensitive jobs may want to conduct ongoing screens after workers are hired, which explains why there are very few airport jobs that don’t drug test. Some employers like to perform random screening for workers who drive, operate heavy equipment, or work on dangerous construction sites.

In Connecticut for example, an employer may conduct random drug testing only if:

Employers must write to the Connecticut labor commissioner to explain why they want to perform random drug tests and get approval for the program.

In California, the state constitution gives people the right to privacy, so “suspicionless” drug screens—such as random tests—are only allowed in narrow circumstances. However, pre-employment tests are generally permissible in the Golden State.

Employers should also be aware of local laws. For instance, in San Francisco, random testing is illegal unless it is required by federal law.

“Multistate employers must be really conversant with the laws in the locations where they operate because they vary so much,” Russo said.

Employers also may want to conduct drug screens after accidents to determine if on-the-job intoxication may have contributed. Quest Diagnostics recommends that post-accident testing be done within 12 hours of the incident. “Different drugs may have different windows of detection,” according to the company’s website. “Generally, employees should not return to work until after test results have been received.”

The federal government has clarified that most workplace drug-testing programs are permissible under the Occupational Safety and Health Act, but employers should be careful not to implement post-accident drug-testing policies that are written in such a way as to deter workers from reporting accidents. For example, rather than saying any worker involved in an accident will be screened for drug use, employers will only screen workers who could have actually contributed to the incident.

In this article, we will be looking at drug test-friendly jobs and the big companies that do not test for drugs which include:

Google: While it’s notoriously difficult to get hired at the tech giant, Google does not drug test its employees. This is in part to do with the fact that their headquarters is located in cannabis-friendly California, but also because the company would rather employ the most innovative people than the “straightest.” If your portfolio is strong enough to get you in at Google, you won’t need to worry about a positive drug test standing in the way of your dream job. Your work is more important to them than what you choose to do in your free time.

Chipotle: The ubiquitous burrito chain employs over 64,000 people at hundreds of US locations and drug tests none of them. While Chipotle may not be everyone’s ideal workplace, the company has made Forbes’ list of best companies to work for multiple times, providing health benefits, education, and bonus programs that are more generous than competitors in the industry.

The company also makes an effort to use sustainable ingredients where possible, utilizing non-GMO produce and pork raised without antibiotics. If you need a position with a flexible schedule and opportunities for advancement, consider dropping an application at Chipotle. The employer is a strong contender in the industry and offers an abundance of positions and jobs that don’t drug test beforehand.

Apple: In keeping with its compatriots in the tech industry, Apple has no known drug testing policy for its employees — from retail employees to high-level management positions. Apple wants to hire people who excel at their jobs, and the company recognizes that zero-tolerance drug testing policies further limit an already small talent pool. So long as your habit doesn’t affect your performance (and provided you aren’t injured on the job — unlikely, but not impossible), you’re very unlikely to ever be tested at Apple.

Starbucks: The massive coffee retailer does not utilize drug testing for any of its workforce, from its thousands of retail employees to store managers to regional directors. The company is also permissive when it comes to “alternative” body modifications like visible tattoos, piercings, and unconventional hair colors or styles. In addition to a competitive benefits package, Starbucks also offers substantial employee discounts on their products, making them a potentially ideal workplace for coffee and tea enthusiasts with a knack for customer service.

Microsoft: Not to be outdone by competitor Apple, Microsoft does not drug test its employees — again, they’re after innovative thinkers, so as long as you come bearing a strong portfolio or resume, a positive drug test won’t keep you from working for the tech titan. Employees tend to rate the company very positively and, while there’s a large pool of people aiming for a spot, careers with Microsoft appear worth the intense competition it takes to swing them.

Whole Foods: No drug test required here, just a love of food and a willingness to educate yourself — and others — about it. If you’re into food and beverages but aren’t vibing with a traditional restaurant job, a position at high-end grocery chain Whole Foods might be perfect for you.

Based in beautiful (and surprisingly progressive, for the state) Austin, TX, Whole Foods has a reputation for taking good care of their employees, both with competitive benefits and a supportive company culture that values employee advancement and morale. If you’re a wine aficionado, an organic produce enthusiast, or a connoisseur of cheese, Whole Foods may present an ideal work environment for your skills to shine — no drug test needed.

Michael’s: For the artistically inclined, Michael’s offers a relaxed atmosphere working around varied crafting materials — no drug testing required. A position with a creative supplier might be appealing to people who prefer a quiet, easygoing workplace — or want to use the substantial employee discount to finance their own artistic endeavors. This makes the company ideal for prospective employees needing jobs that don’t drug test.

For those with the ability and desire to teach, Michael’s also offers the opportunity to host classes in everything from woodworking to cake decorating to sewing to crochet. Whether you’d like to share your knowledge of crafting with others or just enjoy the idea of a quiet, relatively relaxed workplace, Michael’s will allow you to get your foot in the door without a drug test.

Petsmart: At Petsmart, you won’t need to pass a drug test to spend your workday with animals of all shapes, sizes, and species. The store offers a wide range of positions, from retail associates to stockers to grooming specialists. An ideal career for animal lovers, a position at Petsmart will allow you to learn on the job while getting to interact with and care for a variety of animals, from lizards to birds to cats. If you connect well with animals and the people who love them, a career at Petsmart may be worth checking out. With positions ranging from stocking to management, there are plenty of jobs that don’t drug test available with the company.

Dick’s Sporting Goods: If you’re the type to routinely opt outside by camping, cycling, kayaking, fishing, hiking, or other outdoor activities, a job at Dick’s offers the opportunity to work closely with like-minded individuals in an active environment. The diverse array of products at the sporting retailer will allow you to work in your area(s) of expertise while learning more about sports and activities you may never have thought to try — perfect for people with a sense of adventure.

Target: The familiar supermarket has made some big changes to its drug-testing program in recent years: aside from warehouse and loss prevention employees, Target does not require drug testing for any of its workers. This makes the company an excellent resource for jobs that don’t drug test. The company also tends to pay a higher starting salary relative to comparable chains and offers significant benefits for full-time employees. The employee discount is enough to save you money on your grocery bill and there are positions available for everyone, from the most sociable among us to the least extroverted.

Yes, Amazon tests for drugs. In fact, Amazon conducts pre-employment drug tests as well as random drug tests on employees once a month. Amazon drug test screens for the following substances: Tetrahydrocannabinol or THC the substance that’s primarily responsible for the effects of marijuana on a person’s mental state, cocaine, opioids, amphetamines, and MDMA, also called Ecstasy or Molly.