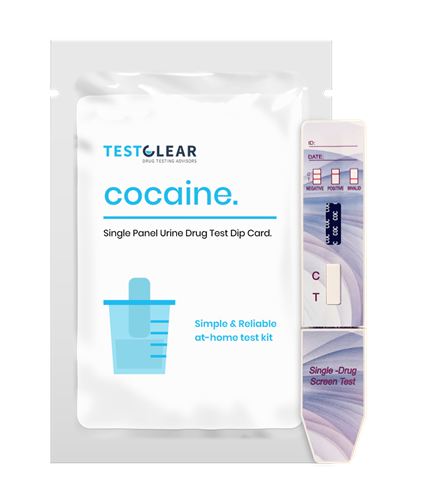 A 10-panel drug test will look for 10 of the most common drugs that a person may be abusing. This selection usually includes five common prescription medications and five illicit street drugs.Standard 10-panel drug tests normally test a person’s urine. This is a simple approach, as these drugs leave traces in the urine when it passes out of the body.

As a study in the journal Analytical Toxicology notes, urine testing is also more likely to detect substance use than other forms of tests, such as saliva tests.There are some tests that use other substances, such as blood or hair, to test for the drugs. These may be more accurate in some cases, but the process is more complicated. Many administrators prefer to use urine tests because of the accuracy and simplicity of the process. 10-panel drug tests will also test for cocaine and other drugs containing cocaine, such as freebase or crack cocaine.

Using drugs impairs decision-making abilities and physically impairs people. This is a deadly concoction when on the job. In fact, 10-20% of American workers who die at work have a positive result when tested for drugs or alcohol. A study by OSHA states that the most dangerous occupations, such as mining and construction, also have the highest rates of drug use by their employees. Employers suffer from hiring substance abusers in many ways. Not only do they run the risk of having deadly or dangerous accidents occur, but substance abusers also cost employers money and hurt them financially.

How long a drug is detectable depends on a number of factors. There are a variety of reasons that a drug test might need to be conducted such as probation, legal cases, custody, divorce, employee testing, and court-ordered testing. Additionally, many sporting officials require urine drug screens to check whether athletes have used performance-enhancing drugs.

There are different types of drug tests that are used depending on the goal of the test. These include urine, saliva, blood, hair, and perspiration. Hair drug testing is very effective and almost impossible to cheat at, as the hair follicle from a person’s head is taken and sent to a laboratory to be tested. It can tell if someone has used most drugs for a significantly longer period, sometimes up to the past 90 days. Hair testing is also the most efficient for the purpose of detecting on-going or repetitive drug use, because if a person only uses a drug one time, they are less likely to show up as positive on a hair test. Hair tests are also efficient when used to draw comparative test results, to find out when a drug was used, how long it was used for, or to determine if drug use was discontinued. However, it is not good if the tester only wants short term results. It also has a longer turnaround time and is more expensive.

Coke is one of the many street names for cocaine a strong stimulant most frequently used as a recreational drug. Coke  speeds up the messages travelling between the brain and the rest of the body.Cocaine comes from the leaves of the coca bush (Erythroxylum coca), which is native to South America. The leaf extract is processed to produce 3 different forms of cocaine:

Freebase: a white powder that is more pure with less impurity than cocaine hydrochloride.

Crack: crystals ranging in colour from white or cream to transparent with a pink or yellow hue, it may contain impurities

Blood: cocaine can be detected in your blood up to 2 days after taking it

Saliva: cocaine can be detected in your saliva up to 2 days after taking it

Urine:  cocaine can be detected in your urine up to 4 days after taking it

Hair: cocaine can be detected on samples of your hair up to 90 days after taking it

Also SEE:Cocaine Drug Test: How Long Does Cocaine Stay in Your System

What factors affect how long cocaine stays in your system?

While the above gives some indication as to how long it’s possible for cocaine to stay in your system, this can vary depending on a number of different factors, including:

Your weight and metabolism – the higher your levels of body fat, the longer the cocaine can stay in your system

What are the symptoms and effects of cocaine addiction?

If you have asked the question ‘how long does cocaine stay in your system?’ because you are worried that you or someone you know has developed a problem, we have listed the symptoms and effects of cocaine addiction for you to read through. These can include: