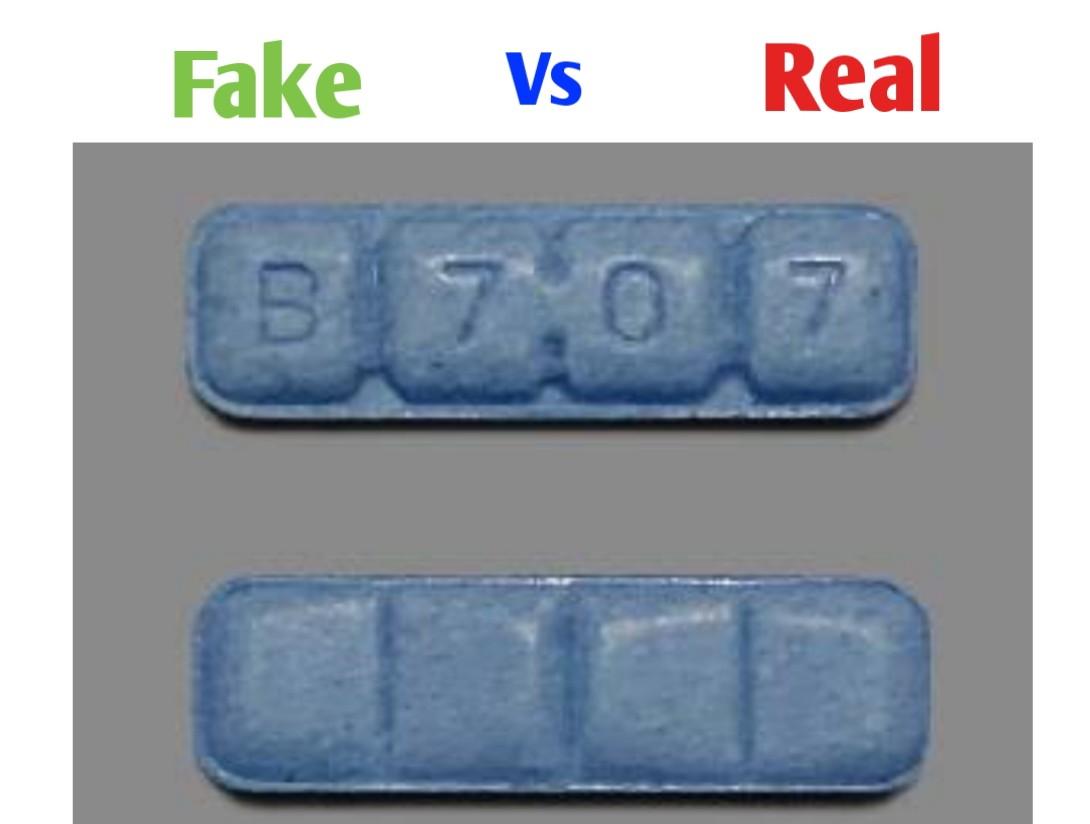 Blue B707 Xanax Bar is a blue bar containing Alprazolam. It is a medication from the benzodiazepine family that functions as a central nervous system depressant. It is commonly used to treat various forms of anxiety and panic disorders, as well as insomnia, by decreasing abnormal excitement in the brain.

What are the effects and risks of the B707 Xanax Bar?

Xanax like other prescription tranquilizers is intended to slow normal brain activity and function, which may result in slowed breathing (i.e., respiratory depression), slurred speech, dilated pupils, disorientation, fatigue, and decreased coordination. In high dosages, Xanax can cause impaired memory, judgment, coordination, irritability, paranoia, and thoughts of suicide. Some people can become agitated or aggressive.

Repeated use of Xanax can lead to dependence, which can result in withdrawal symptoms when use is reduced or stopped. Talk to a medical professional to develop a safe strategy for reducing use. Tolerance to Xanax can develop quickly, causing an individual to consume higher dosages to achieve the same result, increasing the risk of harming themselves. This includes the potential for overdose, particularly when taken with other depressants such as alcohol, benzodiazepines, and/or opioids (i.e., fentanyl, heroin, and morphine).

A legitimate or real form of B707 Blue Xanax Bar would be pills obtained through a direct prescription, used by the individual they are prescribed for. An illicit stream of unregulated Xanax, “fake Xanax” is chemically produced to resemble prescribed Xanax and it may be difficult to distinguish from a legitimate pill. This poses a significant risk to the person, as the effects of the fake pill may vary from pill to pill, including the dosage, interactions with other drugs, and may contain fentanyl or other opiates which can cause serious and life-threatening conditions. Other forms of illicit Xanax are pills diverted from another person’s prescription.

Fentanyl is a potent opioid that’s available with a prescription, but through various routes has also found its way to the illegal drug market in the past few decades. Fentanyl is believed to be stronger than heroin, and up to 100 times stronger than morphine. Blue B707 Xanax is a benzodiazepine that is commonly prescribed to treat anxiety, panic disorders, and phobias.

The best and most obvious way to avoid fake Blue B707 Xanax Bars is to take Xanax that has been prescribed by a physician, and that is purchased from a licensed pharmacy. If one buys anything on the street that is claimed to be Alprazolam, it could easily be a fake Xanax bar. This means that there is a perfect chance that it could be laced with Fentanyl and could potentially kill.

There is no way to know with one hundred percent certainty that a drug bought on the street is real. So, when it comes to trying to purchase real vs. fake Blue B707 Xanax Bars, one of the two ways is to avoid buying drugs on the street. Even if Alprazolam is bought with a prescription, a dangerous addiction still may develop. So, the best route to take is to avoid Xanax altogether if possible.

The Second means of identifying fake B707 Xanax Bars is by using the fentanyl test. Originally intended for urine drug tests, fentanyl testing strips are being used as an off-label harm reduction approach to testing the presence or absence of fentanyl and many fentanyl analogs (very closely related drugs) in the unregulated drug supply. Based on the results of the testing strips, one can determine whether or not the B707 Xanax pill contains the deadly fentanyl or its analogs. 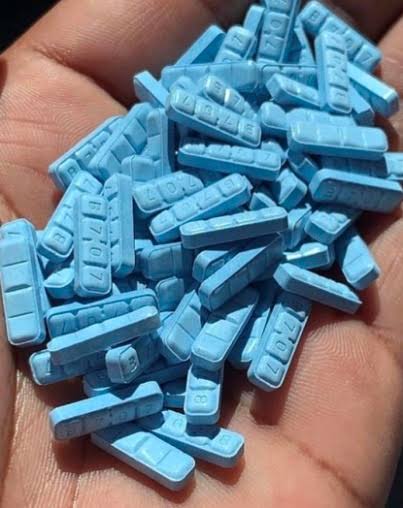 There are a few ways fentanyl has become particularly problematic. The first is with people who have been prescribed the drug, in many cases when they shouldn’t necessarily have been, who then become dependent on it. People who use fentanyl can become physically dependent on it relatively quickly as they develop a tolerance, and their body becomes used to its presence.

People may also start taking fentanyl knowingly and buying it illicitly because they want that powerful high that it can bring. These people may obtain a prescription and then abuse it by taking it in ways other than what’s directed, or they may buy it off the streets where it might not even be legitimate.

Another way fentanyl is problematic is how people are inadvertently taking it. They may think they’re taking heroin or another kind of drug, but it’s been laced with fentanyl unknown to them.

Counterfeit drug manufacturers and dealers are increasingly combining it with other drugs, such as heroin mixed with fentanyl or fentanyl and Xanax. It’s so potent that it’s measured in micrograms, and even a small amount taken without someone knowing it can lead to an overdose or death. 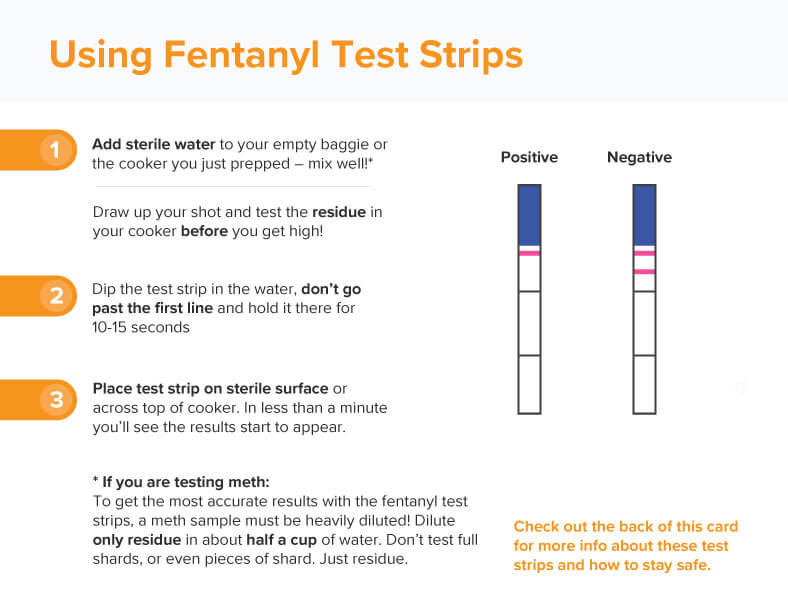 Fentanyl and Xanax combinations usually aren’t something people are aware of when they buy Xanax off the streets, but such combinations are extremely dangerous. The tablets that combine fentanyl and Xanax are often thinner than a legitimate Xanax, and they may have a number stamped on them. Xanax on its own is also a commonly abused prescription drug. It impacts chemicals in the brain to help with symptoms of anxiety, and it can create a sense of calm and relaxation.

Xanax is one of the most abused and most addictive drugs on the market, and even without fentanyl, Xanax can lead to dependence and addiction relatively quickly. When people start seeking Xanax outside of a prescription, they are putting themselves at a higher risk of purchasing Xanax laced with fentanyl.

There are immediate dangers that can come from taking fentanyl, no matter the situation, including respiratory depression that leads to coma or death. There are even more dangers when opiates are combined with benzodiazepines like Xanax.

Opioids, such as fentanyl, combined with benzodiazepines, such as Xanax, leads to an increased risk of overdose. Benzos heighten the effects of opioids, and fentanyl is already one of the most potent opioids available. Along with a high likelihood of overdose, combining fentanyl and Xanax creates an even larger risk of abuse.

The reason for the risk is that opiates and benzos both can cause respiratory depression and sedation, which is what leads to death in situations of overdose. The best thing you can do to protect yourself is never to buy Xanax off the streets, and only take what you’re prescribed. It’s also important to make sure you’re never putting yourself in a situation where you’re mixing fentanyl and Xanax, whether inadvertently or intentionally. SEE: B706 Blue Pill: Everything You Should Know