What Are Illegal Drugs: Definition, List, Types and Penalties 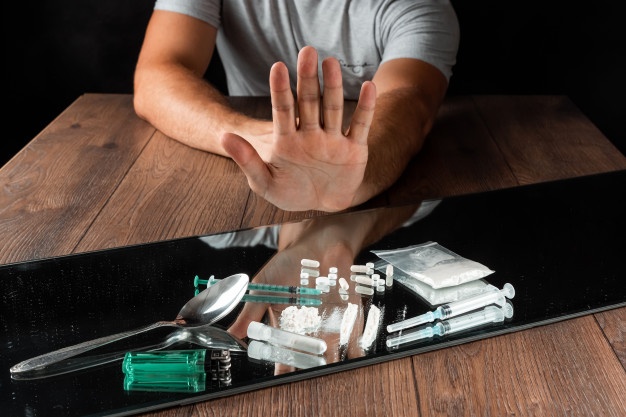 What are illegal drugs?

An illegal drug can be defined as a drug or substance which a person is not allowed to own or use. If a drug is classified as ‘illegal’, this means that it is forbidden by law. A drug might be legal but illegal to possess without prescription. Legal drugs can either be bought over-the-counter or with a prescription from a medical doctor. Illegal drugs cannot legally be manufactured, bought or sold. And some other drugs are legal in some situations but illegal when abused.

Different illegal drugs have different effects on people and these effects are influenced by many factors. This makes them unpredictable and dangerous, especially for young people. 60% of those who use illegal drugs are 15 to 24 years old.

Illicit drug use has been documented across the world but the quality of estimated prevalence of use is best in the developed countries of Europe, North America, and Australasia. Regular use, ‘problem drug use,’ and drug dependence are less frequently measured but are most important for disease burden.

Illegal drugs represent the largest volume of criminal cases that are examined by forensic science laboratories. They can occur naturally, as with marijuana or cocaine; they can be prepared from naturally occurring substances, such as the case with heroin; or they can be totally synthetic, as is the case with amphetamines and most other prescription drugs. Illicit drugs can also be classified by major effects. There are four major types: stimulants, depressants, Opioid, and hallucinogens.

Stimulants: are a class of drugs which enhance central nervous system activity and block the re-uptake of the neurotransmitters norepinephrine and dopamine. Norepinephrine enhances arousal, memory, and attention, while dopamine reinforces a person’s inclination to positive stimuli.  A typical Stimulant will cause a “rush” of euphoria and wakefulness, accompanied by heightened breathing, heart rate, and blood pressure. In larger doses, Stimulants may cause heart failure and seizures.

Doctors prescribe some Stimulants as medication for ADHD and narcolepsy. People also use Stimulants without a prescription to stay active and alert while working, studying, or exercising. Caffeine is the most commonly used Stimulant in the world. The illegal recreational drugs Cocaine, Methamphetamine, MDMA (Ecstasy), and Cathonine are also Stimulants.

Depressants: are drugs that impair the activity of the central nervous system by enhancing the effects of GABA, a neurotransmitter which inhibits connectivity among neurons. Depressants typically make a person feel calm or drowsy.  Since depressants sedate the brain, doctors prescribe some of them as medications for sleep disorders, anxiety, and stress. The two sub-categories of prescription depressants are Benzodiazepines and Barbiturates. Depressants have the potential to cause addiction and overdose, and they can cause side-effects such as slurred speech, dizziness, and loss of coordination. Alcohol is perhaps the most widely-abused depressant in the world.

Opioids: are drugs which originate naturally in the Opium poppy plant. Synthetic Opioids like Fentanyl are manufactured to imitate the chemical structures of natural Opioids like Morphine. Opioids block sensations of pain by binding to the brain’s Opioid receptors. Doctors prescribe Opioids to treat moderate to severe pain.  Opioids also cause intense sedation and euphoria. Since Opioids pose serious risks for addiction and overdose, most Opioids are Schedule I or II controlled substances. Throughout the world, drug traffickers manufacture and sell Opioids as counterfeit painkillers or recreational drugs. From 1999 to 2017, illegal and prescribed Opioids killed about 400,000 Americans.

What penalties apply to illegal drugs?

In the United states the most severe penalties are reserved for high-volume trafficking of eight substances assigned to Controlled Substance Schedules I and II. The eight substances are heroin, powder cocaine, cocaine base (crack), PCP, LSD, fentanyl, methamphetamine, and marijuana.

In some countries, being caught carrying or selling drugs carries the death penalty they include;

Malaysia
In Malaysia, those who sell drugs can be punished with death. Just for having drugs in your possession, you can be fined, jailed, or deported. Driving drunk is also punished harshly in Malaysia.

China
In China, if you are caught with drugs, you could be forced to attend drug rehab in a facility run by the government. Execution is the penalty for some drug crimes.

Vietnam
In Vietnam, drug crimes are taken very seriously. If you are arrested with more than 1.3 pounds of heroin, you will automatically be executed.

Iran
Iran is not known to be tolerant of criminal offenses in general, and drug offenses are no different. The use of opium is a particular problem in Iran, in part because it is produced in neighboring Afghanistan. If you are caught with drugs in Iran, the best case scenario is a large fine and the worst-case scenario is the death penalty.

Thailand
In Thailand, those trafficking narcotics may be put to death. Drug users are frequently sentenced to mandatory rehab.

Dubai
Dubai is known to be very intolerant of drug abuse. Many prescription drugs that are legal in other parts of the world can get you put in jail in Dubai. It is typical for drug offenders to be sentenced to four years in prison and then be deported. Failing a drug test can be grounds for incarceration Dubai, even if you are not in possession of any drugs.

Saudi Arabia
The sale of drugs in Saudi Arabia almost always results in the death penalty. Saudi Arabia and judicial authorities are not inclined to make exceptions. Alcohol use is illegal in Saudi Arabia, and possession or use of alcohol or drugs can be punished by public flogging, fines, lengthy imprisonment, or death.

Singapore
Singaporean police will assume that you are selling drugs if you are caught with relatively small amounts. If you are convicted of selling drugs, you will be sentenced to death.

Cambodia
In Cambodia, you can be sentenced to many years in prison or even life in prison for possessing drugs. Unlike many other South Asian countries, Cambodia does not mandate the death penalty for drug trafficking.

Indonesia
Indonesian drug laws are harsh. If you are caught with marijuana, you can get up to twenty years in jail. Other drugs carry jail terms of up to twelve years, and the sale of drugs is punishable by death.

Laos
If you’re caught with drugs in Laos, you could pay up to $35,000. If you are found with narcotics, you could spend ten years or more in prison.

North Korea
Foreigners rarely visit North Korea, but there are several tour groups that can help you visit the reclusive nation. Do not bring drugs into North Korea, because you could find yourself sentenced to an extremely lengthy stay in a prison camp. You will have no contact with your friends or family, and it may be very difficult for the United States government to intervene.

Turkey
Penalties for drug possession in Turkey include large fines and long prison sentences. Penalties for selling drugs can be even stricter.

Costa Rica
As in other South American countries, possession of drugs in Costa Rica can land you in jail for a lengthy stay.

Columbia
If you get caught with drugs in Columbia, you will spend a long time in a very unpleasant prison. Police make several arrests a day at airports in Columbia, catching many foreign nationals.

What is Fake Drugs and How to Identify Them?

List Of Banned Drugs In The United States of America
Illegal Drugs
April 19, 2021 Family & Community HealthPublic HealthComments Off on What Are Illegal Drugs: Definition, List, Types and Penalties