How To Live Stronger and Longer 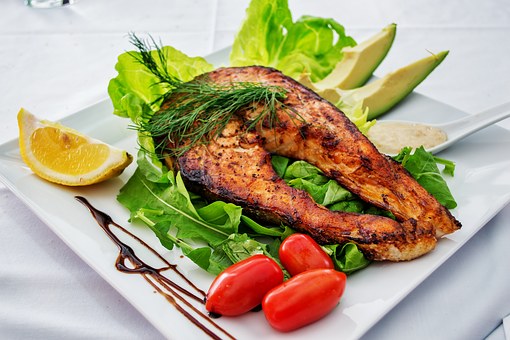 Healthy living and a longer life is largely dependent on your diet and lifestyle. This is because, your body is nourished and developed by the nutrients contained in the food you consume.

According to the Center for Disease Control and Prevention, 75 percent of healthcare budget is spent largely on preventable chronic diseases most of which are related to diet. A recent study also showed that the four bad behaviors (sedentary lifestyle, smoking, alcoholism, and insufficient fruits and vegetables) in our diets can age us by as much as 12 years. Making few changes in your diet and lifestyle can significantly improve your health status and increase your chances of living longer.

In this article, we have chronicled the list of super foods scientifically proven to enhance your health and help you live a longer and happier life with a significantly decreased incidence of disease and infirmities

Fish is listed as our number one super food because of its availability. Fish is virtually everywhere but a vast majority of the population will rather consume meat than fish.

Fish are rich sources of omega-3 fatty acids which help to lower cholesterol levels and regulate blood sugar. A recent meta-analysis reported that daily fish intake is linked to reduced risk of death by any cause. The richest dietary source of omega-3 fatty acids include; Sardines, Salmon, herring and Mackerel.

With the increasing rate of cancer globally, incorporating garlic into your cooking is an excellent way of reducing your risk of developing cancer. Garlic is a powerful antioxidant, rich in sulfur containing compounds which stimulate the body’s immune system against cancer. The cancer fighting properties of garlic are well documented. A recent Chinese study which involved over 5,000 men and women at high risk for stomach cancer, reported that 200 mg synthetic allitridum ( garlic extract) with selenium reduced the risk of stomach cancer by 52 percent. The phytochemicals found in garlic interferes with the formation of carcinogenic chemicals in the body thereby reducing your risk of colon cancers.

Yes tomatoes! A good percentage of food around the globe is prepared using tomatoes. However the process of preparing these foods strip tomatoes of a large proportion of their nutrient content.

Tomatoes are rich sources of   Lycopene, Vitamin C, Flavonoids, Vitamin E, Potassium, Beta carotene and folate. Their anti-oxidative abilities can protect vascular cells and lipoproteins from oxidation which is principally responsible for the build- up of plaque within the arteries which leads to cardiovascular diseases.

Beans are rich sources of proteins and an excellent food for weight loss and weight management. A study conducted on elderly people in Japan, Sweden Greece and Australia, indicated that every 20 gram consumption of legume on a daily basis reduced the risk of death by 7 to 8 percent. In addition, another study conducted by the Michigan State University revealed that diets rich in legumes increases the levels of fatty acid butyrate which interferes with the growth of cancer cells.

Although drinking coffee comes with its many advantages as well as its let-downs, coffee is one drink you should consider if you want to live longer and stay healthy. Coffee is a good weight loss agent because it contains caffeine which facilitates the breakdown of body fat and the consequent release of energy. A Harvard University study revealed that, compared with non-coffee drinkers, women who drank two to three cups of coffee a day had an 18 percent lower risk of dying, this increases to 26% if they drank four to five cups a day according to the study.

Cutting down on red meat such as beef, lamb and pork, has the potential of significantly increasing your lifespan. According to researchers from the University of North Carolina, individuals who consume red meat every day have a higher risk of dying over a 10-year period as compared to those who eat it less. White meat contains less saturated fat as compared to higher calorie red meat.

Switching from noodles and spaghetti or pasta to whole grains can also improve your chances of living a healthier life. Whole grains contains Vitamin B1, B2, B3, B9, folic acid , iron and magnesium which is involved in more than 300 physiological process in the body. They are also an excellent source of dietary fiber which has a favorable impact on blood cholesterol levels, and also helps to lower the risk of diabetes, heart disease, obesity and stroke. Data from published studies in the archives of Internal Medicine indicate that, switching from pasta to whole grain can reduce your risk of death from any cause by 22 percent.

Tomoji Tanabe was the world’s oldest man from 2007 until his death at an astonishing age 113 years in 2009. According to the centenarian, his secret was his lifelong abstinence from alcohol.

Processed food is one of the leading cause of many chronic health conditions globally. A Brazilian study published in the journal of public health nutrition concluded that the increased availability of ultra-processed food products in households is positively and independently associated with higher prevalence of obesity and excess weight in all age groups.

This is not about transforming yourself into vegetarian it is about healthy choices and unhealthy pathways. A good percentage of the population know that fruit and vegetable are essential for optimum health but very few incorporate them into their lifestyle. A study published in the Journal of Epidemiology and Community Health revealed that individuals who ate seven or more servings of fruits and vegetables a day had a significantly lower risk of death. The study which involved 65,000 people showed that individuals who ate the most fruits and vegetables were 33% less likely to die from any cause and their cardiovascular disease fell by 31%.

How Long Does Colon Cancer Take To Develop Develop ?