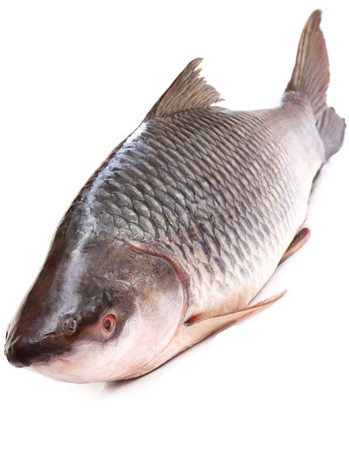 The rohu fish (Labeo rohita) is a freshwater fish of the carp family Cyprinidae that is also commonly called the Ruee, Rui or Tapra.  Rohu can be found throughout South Asia and South-East Asia in the weedy, slow flowing or standing waters of lakes and rivers. It is a large omnivore and extensively used in aquaculture. This fish is the most important among the three Indian major carp specie. Rohu is predominantly a planktivorous surface feeder. However, from  fingerling stage onwards the feeding habit changes and the fish feed in the water column and on the bottom, mainly on filamentous algae. The flesh of Rohu is white, tender, smooth in texture and mild with practically no “fishy” taste. Just about anyone should find it enjoyable – but, Rohu does, like all carp, have a “spine problem” similar to Milkfish (Bangus).

Does Rohu fish have vitamin D?

Rohu fish texture fish is white, non-oily and tasty. It is an excellent source of high quality protein and also rich in omega 3 fatty acids, beneficial to the heart. Rohu (Indian fish) contains Vitamin C. They are also good sources of vitamin D and niacin.

Is Rohu fish high in mercury?

Although, many fish species carry high levels of the metal mercury, Rohu fish is listed among the fishes with low  level of mercury, chiefly because of the environment where they are found. This explains why experts recommend pregnant women avoid sea-water fishes like swordfish (myli meen), tuna and shark  and instead consume fishes like rohu or kingfish. According to the U.S. Food and Drug Administration (FDA), it’s safe for pregnant and nursing women to eat up to 12 ounces of low-mercury seafood like salmon per week, OR up to 6 ounces of albacore (white) tuna per week.

The earliest signs of mercury poisoning include numbness in the fingers and toes, and poor coordination. In adults, mercury poisoning can affect fertility, blood pressure regulation, and cause memory loss, tremors, and vision loss.

Is Rohu fish good to eat?

Yes of course, rohu fish is very healthy. It has protein which is easily digestible and has a good net Protein Utilization. Rohu is additionally enriched with omega-3 fatty acid and polyunsaturated fatty acid fatty acids. “Omega-3 favorably affects a number of risk factors for cardiovascular disease, and at the top of the list is reducing the risk of sudden death from heart attack,” According to professor of nutrition at Pennsylvania State University.

The two most potent omega-3 fatty acids are known as docosahexaenoic acid (DHA) and eicosapentaenoic acid (EPA). They’re usually found in a 50:50 or 60:40 ratio in fish. These fatty acids are essential nutrients and enter every cell membrane in the human body, serving as a cell lubricant, improving flexibility and communication between cells, and aiding cell metabolism and gene expression. Researchers have shown that omega-3 fatty acids, a type of polyunsaturated fat found primarily in fishes, can improve your chances of living longer if you have heart disease. But its healing powers don’t stop there. Other organs may benefit.

Is Rohu fish good for the heart?

Fatty fish oil has long been a popular protection  against heart disease. It contains high levels of omega-3 fatty acids, primarily EPA and DHA, which reduce inflammation and lower triglyceride levels. A study published in the New England Journal of Medicine reported that fish oil can reduce the risk of a heart attack by approximately 28 percent. Among African-Americans, fish oil supplements lowered this risk by 77 percent, compared with participants who took only a placebo. 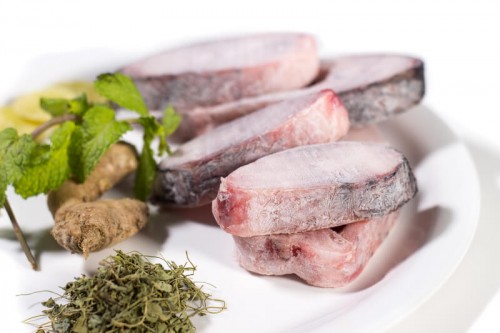 According to a review published in the American Journal of Cardiology, fish consumption is associated with a lower risk of fatal and total coronary heart disease. Fish is high in heart-healthy omega-3 fatty acids which can reduce inflammation, help protect your heart, and stave off chronic disease. It’s no coincidence that fish-eating Inuit populations in the Arctic have low levels of heart disease; seafood is low in saturated fat and high in omega-3, (which can both) protect the heart from disease and lower the amount of cholesterol in the blood. One study has even suggested that an extra portion of fish every week can cut risk of heart disease in half.

Eating fish can improve your circulation and reduce the risk of thrombosis. The EPA and DHA – omega-3 oils – in seafood can save your body from having to produce eicosanoids, a hormone-like substance which can make you more likely to suffer from blood clots and inflammation.  A study published in the journal Circulation found that fish oil is helpful in lowering blood pressure due to its high concentration of omega-3 fatty acids.

Eating fish as a regular part of a balanced diet has been shown to ease the symptoms of rheumatoid arthritis, a condition which causes the joins to swell up. Recent research has also found a link between omega-3 fats and osteoarthritis, suggesting that eating more seafood could help to prevent the disease.

Eating oil-rich fish regularly can help to keep the eyes bright and healthy. A recent study has suggested that omega-3 fatty acids can help to protect the eyesight of those suffering from age-related macular degeneration (AMD), a condition which causes the retina to degenerate and the eyesight to become blurred. Fish and shellfish also contain retinol, a form of vitamin A which boosts night vision.

Seafood provides the body with many essential nutrients which keep us running smoothly, including iodine, selenium, zinc and potassium. Iodine is important for the thyroid gland, and selenium makes enzymes which can help to protect us from cancer. Fish and shellfish are also excellent sources of many vitamins, including vitamins A and D.

A number of studies have indicated that fish and shellfish may help to protect our lungs. Not only can seafood relieve the symptoms of asthma in children, but it has shown signs of preventing it. Eating a lot of fish can also keep your lungs stronger and healthier as you age in comparison to those who don’t eat a lot of fish.

Seafood may also play a large part in preventing depression; research has highlighted links between low omega-3 levels and a higher risk of depression. Seafood could also help us to avoid Seasonal Affective Disorder (SAD) and post-natal depression. 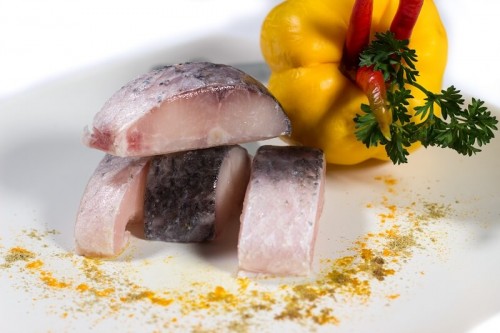 A healthy diet results in the youthful skin due to consumption of numerous vitamins and minerals. Incorporating fish into your daily diet can become your beauty secret due to the high levels of omega-3 fatty acids, protein, vitamin A, and vitamin B. When consumed together, these nutrients promote skin elasticity that alleviates risks of premature aging. Moreover, the properties can effectively combat factors that contribute to skin diseases like eczema and psoriasis. In addition, omega-3 also helps to protect the skin from the harmful effects of the UV damage.

Fish is also a dietary essential for your brain. According to a 2016 study published in the Journal of the American Medical Association, moderate seafood consumption was linked with a lower risk of Alzheimer’s Disease. The study found that those who consume fish regularly had more grey brain matter, which reduces brain shrinkage and deterioration that can lead to brain function complications. Although they noted that seafood consumption was also correlated with higher levels of mercury in the brain, it was not correlated with brain neuropathy. The human brain is almost 60% fat, with much of this being omega-3 fat. Probably for this reason, research has indicated that people who eat plenty of seafood are less likely to suffer dementia and memory problems in later life. DHA, an omega-3 fat found in seafood, has also been linked to improvements in children’s concentration, reading skills, behavior, and Attention Deficit Hyperactivity Disorder (ADHD).

Being an insomniac isn’t only irritating, but it has potential to affect your psychological health adversely. Nutrients like vitamin D, protein, magnesium, manganese, etc. contribute to peaceful sleep for hours and deficiency of nutrients can lead to chronic insomnia. You can reap these necessary components only by consuming a fillet of fresh fish before going to bed and gradually, it will ward off your insomnia.

Potential side effects that can occur when you consume too much fish oil from rohu include:

Watch how to cook rohu fish in the video below

Panla Fish Benefits And How To Prepare It
rohu fish
June 1, 2022 Food & NutritionDr OtorkpaLeave a comment