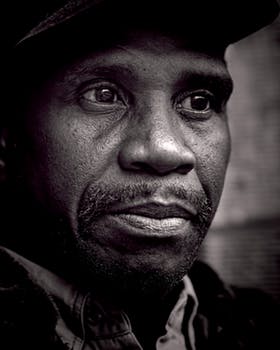 Globally the prevalence of diabetes in adults (18 years and older) is 8.5 %. An estimated 1.5 million deaths are directly linked to diabetes each year in addition to 2.2 million deaths attributable to high blood glucose levels. Diabetes is a chronic metabolic disorder characterized by high glucose levels in the blood caused by insulin-related abnormalities within the body.

Based on the relationship with insulin diabetes is categorized into two; type 1 diabetes and type 2 diabetes

Type 1 diabetes: this type of diabetes is also known as juvenile diabetes it arises when the body does not make insulin or does not make enough insulin as a result of the destruction of the pancreatic cells responsible for the production of the hormone by the immune system

Type 2 diabetes: in this case the body produces insulin but the cells of the body do not use it as well as they should, As such the pancreases move to produce more insulin to improve uptake of glucose by the cells. This continues until the pancreas weakens and cannot keep up leading to the accumulation of sugar in the blood.

Generally, people use portable blood glucose meters, called glucometers, to check their blood sugar levels. These work by analyzing a small amount of blood, usually from a fingertip. A lancet lightly pricks your skin to obtain the blood. Meters tell you your current blood sugar. However new technologies like the cgm system mobile app have now made it possible for millions around the globe to generate updated glucose readings throughout the day, predictive alerts, and the ability to share vital information with healthcare providers on a real-time basis.

The Symptoms of type 1 and type 2 diabetes include

Several factors have been linked to the causation of diabetes they include;

Excess weight has been linked to diabetes type 2 and cardiovascular diseases in many children, teenagers and adults who are obese develop this condition over time

Many factors also predisposes an individual to the development of diabetes some of which include: family history of diabetes, race, and ethnic group among others. Nevertheless a recent study has offered a new ray of hope for those with the condition. Scientists at the University of Medical Sciences in Yazd, Iran evaluated the effects of ginger (Zingiber officinale) on plasma glucose level, HbA1c and insulin sensitivity in type 2 diabetic patients the results showed that

This findings opens an important vista in the management of diabetes as it opens a significant window of hope to the millions that are suffering from the condition especially in low and middle income countries were access to anti-diabetic drugs is limited due to financial constraints. See Health Benefits of Bitter leaf