The World’s 10 Fattest People and How They Died 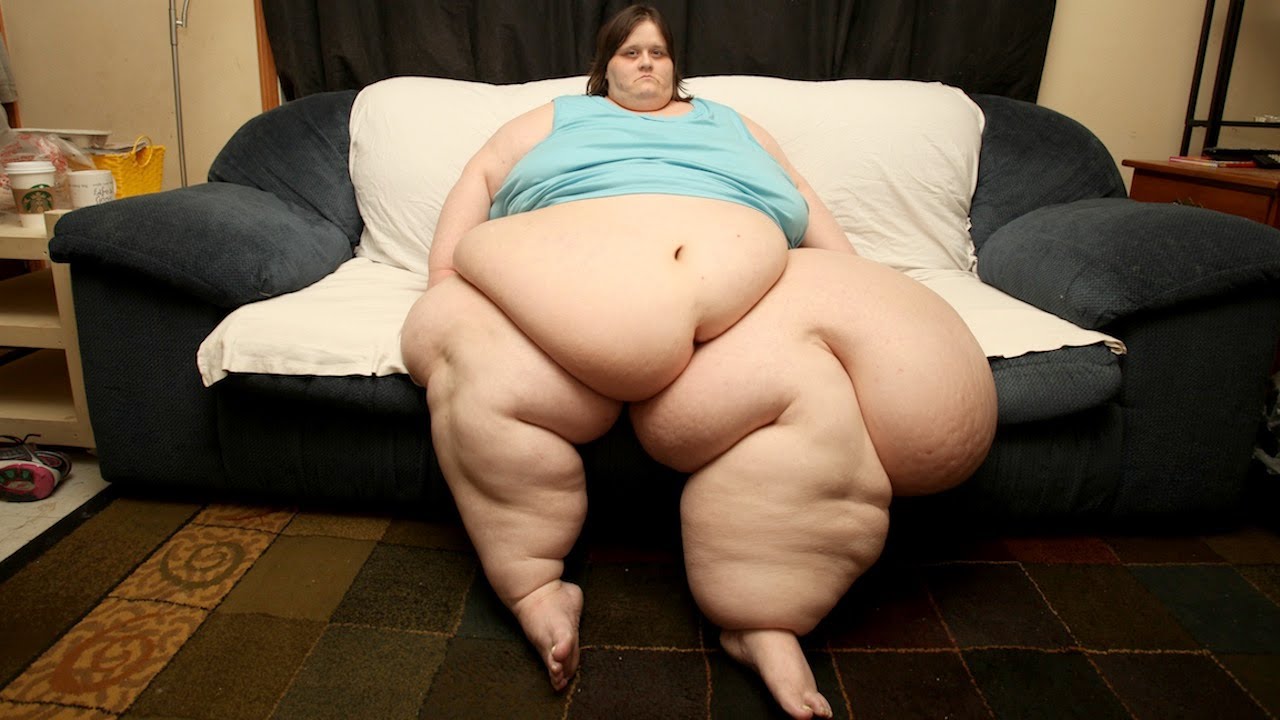 According to the World Health Organization, 650 million adults were obese in 2016, and worldwide, obesity has tripled since 1975. It’s no laughing matter, either. Being obese can lead to a number of health problems, including type-2 diabetes, heart disease, and kidney and liver failure.

The best news is that obesity is largely preventable. While most people become fat and stop at a certain weight, others, as we’ll soon see, have gained triple or quadruple their healthy body weight.

What causes obesity and overweight?

The fundamental cause of obesity and overweight is an energy imbalance between calories consumed and calories expended. Globally, there have been:

Changes in dietary and physical activity patterns are often the result of environmental and societal changes associated with the development and lack of supportive policies in sectors such as health, agriculture, transport, urban planning, environment, food processing, distribution, marketing, and education. Read Obesity in America: See The Factors Fueling the Weight Epidemic

What are the common health consequences of being overweight and obese?

Raised BMI is a major risk factor for non-communicable diseases such as:

The risk for these noncommunicable diseases increases, with increases in BMI. Childhood obesity is associated with a higher chance of obesity, premature death, and disability in adulthood. But in addition to increased future risks, obese children experience breathing difficulties, increased risk of fractures, hypertension, early markers of cardiovascular disease, insulin resistance, and psychological effects. See: Top 10 Most Obese Cities In America 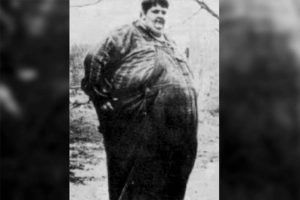 #1 Jon Brower Minnoch: is considered by the Guinness Book of World Records to be the heaviest man ever. He once weighed 1,400 pounds in 1978, and while in a hospital being treated for congestive heart failure, it took 13 people to roll him over. He survived after being put on a strict diet, losing a lot of his weight in the process. Eventually, he died in 1983 at 798 pounds. 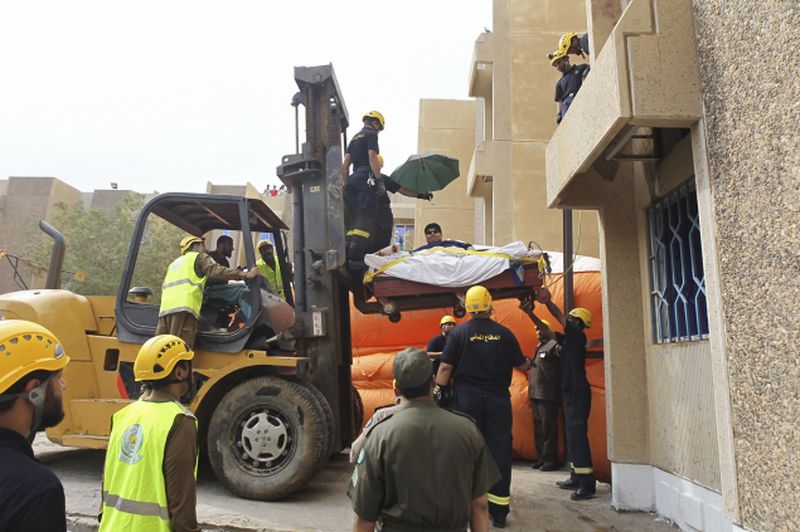 #2 Khalid bin Mohsen Shaari: (born 28 February 1991) is a Saudi Arabian man who in August 2013 was found to be the heaviest living person and the second-heaviest person in recorded history at 610 kg (1,340 lb; 96 st), behind Jon Brower Minnoch. He also had a BMI of 204, the highest ever recorded. In Saudi Arabia, while in his late teenage years. Due to his excessive weight, the King of Saudi Arabia intervened, ordering him to be hospitalized. 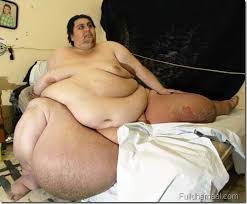 #3 Manuel Uribe Garza: (11 June 1965 – 26 May 2014) was a Mexican man who suffered from morbid obesity to one of the greatest extents known in recorded history. After reaching a peak weight of around 600 kg (1,300 lb) and having been unable to leave his bed since 2002, he lost approximately 230 kg (510 lb)—over one-third of his body weight—with the help of doctors and nutritionists in February 2008. However, he died in his hometown on 26 May 2014 weighing 394 kg (869 lb). Uribe drew worldwide attention in January 2006, when he made an emotional plea on a Mexican television network that prompted both private and public assistance. He was also featured on The World’s Heaviest Man, a 2007 television documentary about his bedridden life and attempts to overcome his obesity, and in The World’s Heaviest Man Gets Married, a similar documentary that was broadcast in 2009 by the Discovery Channel. 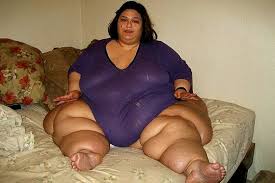 #4 Carol Ann Yager : (January 26, 1960 – July 18, 1994) was an American woman who was the heaviest woman ever recorded and one of the most severely obese people in history. In 1993, Carol Yager, 34, weighed 1,189 pounds when firefighters came to take her to the hospital. She hadn’t moved in nine months. While at the hospital, they were able to help her lose 500 pounds, but she was still drastically overweight. When Yager died in 1994 at the age of 34, she weighed about 1,200 lb (540 kg) and was 5 feet 7 inches (1.7 m) in height. The bizarre magazine reported that she was estimated to have been more than 5 feet (1.5 m) wide, although this measurement has not been verified by Yager’s medical team or family members. Shortly before her death, however, she was able to fit through her custom-built 48 inches (121.9 cm) wide front door. Published reports quoted her then-boyfriend as stating that he estimated her peak weight at about 1,600 lb (730 kg). When questioned about this estimate, Yager’s doctor declined to comment. 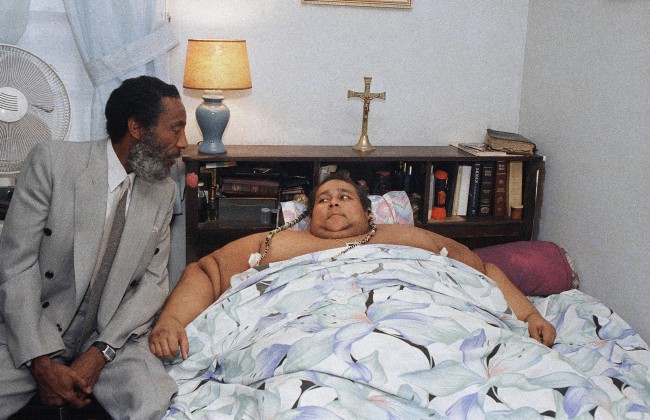 #5 Walter Hudson: (June 5, 1944 – December 24, 1991) of Hempstead, New York, is the holder of the Guinness World Record for the largest waist. It measured 109 inches (277 cm) in 1987 when he was at his peak weight of 1,197 pounds (543 kg; 85.5 st). Hudson described his average daily diet as consisting of two boxes of sausages, 1 pound (0.45 kg) of bacon, 12 eggs, a loaf of bread, four hamburgers and four double cheeseburgers, five large portions of fries, three ham steaks, or two chickens, four baked potatoes, four sweet potatoes, most of a large cake, and additional snacks. He also drank an average of 7 liters of soda every day. Walter Hudson was also once considered the heaviest man, weighing 1,200 pounds. At 46 in 1991, he died due to a heart attack at his home. He was 1,125 pounds at the time of his death. 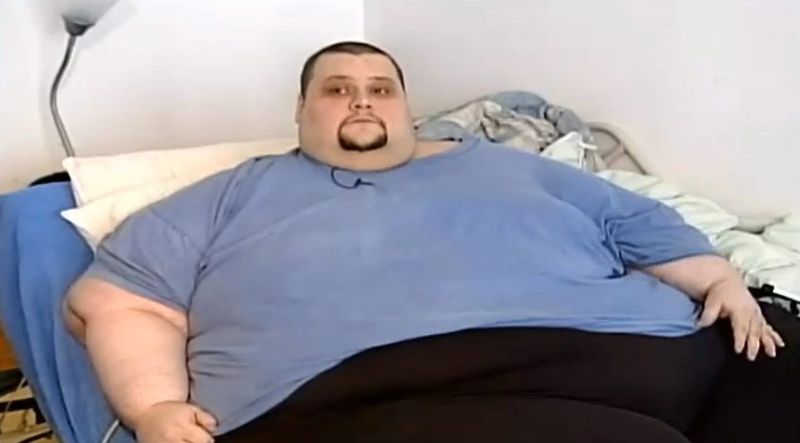 #6 Robert Butler:  (1972-2015) was one of the world’s five fattest people, peaking at 1,200 pounds in 2015. He passed away aged 43 on July 6, 2015, at Eleanor Slater hospital from a sepsis infection. After careful planning, it took seven hours to transport him and was handled by two local fire departments using a shipping container, crane, and flatbed truck. Robert Butler weighed a whopping 1,200 pounds. To get an operation done, he had to still lose a few hundred pounds. 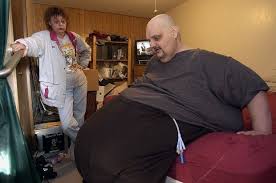 #7 Patrick Darren Deuel: was an American individual known for being one of the heaviest people in the world. He was the subject of the documentary “Half Ton Man” in Channel Four’s BodyShock series. In the documentary, Rosalie Bradford gave advice after achieving a record-breaking weight loss of 349 kg. Patrick Deuel weighed 1,072 pounds and a trip to the hospital caused him to get gastric surgery that saved his life and helped him shed some of the weight, but he’s still obese with lots of health problems. Deuel died at his home in Kearney, Nebraska on April 29, 2016, aged 54. 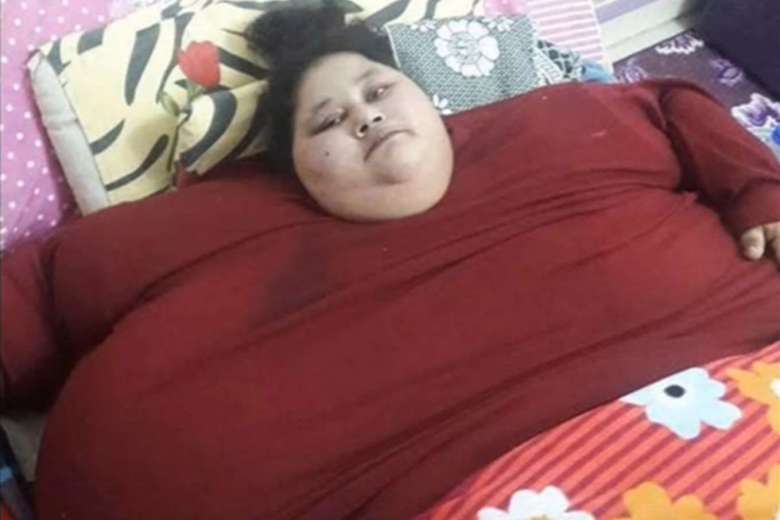 #8 Eman Ahmed Abd El Aty: (9 September 1980 – 25 September 2017) was considered to be the heaviest living woman in the world and the second heaviest woman in history, after Carol Yager. However, at 4 feet 7 1⁄2 inches (141 cm), Eman was about a foot shorter than 5-foot-7-inch (170 cm) Yager, giving her the highest recorded BMI at 251.1 and body fat percentage. Her initial weight was claimed to be around 500 kilograms (1,100 lb). In February 2017 Abd El Aty traveled to India where a group of doctors, headed by Muffazal Lakdawala, treated her successfully using bariatric surgery. They included an endocrinologist, a chest physician, a cardiologist, a cardiac surgeon, two bariatric surgeons, two intensivists, and three anesthetists. She remained in Mumbai after the operation for several months. The aim was to perform two operations, and during the next three and a half years, reduce her weight to less than 100 kg (220 lb). She had a rare thyroid condition and gene defect that caused the weight gain. She died at the age of 37 due to heart and kidney failure. 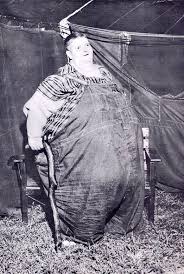 #9 Robert Earl Hughes: was born on June 4, 1926, in Monticello, Missouri, the son of Abraham Guy Hughes (1878–1957) and Georgia Alice Weatharby (1906–1947). His excessive weight was attributed to a malfunctioning pituitary gland. He weighed 486 kilograms (1071.45 lbs) at his heaviest. During his adult life, Hughes made guest appearances at carnivals and fairs; plans to appear on the Ed Sullivan television program were announced but never came about. On July 10, 1958, Hughes contracted a case of measles, which soon developed into uremia. At age 32 in 1958, he died of congestive heart failure and weighed 1,041 pounds. 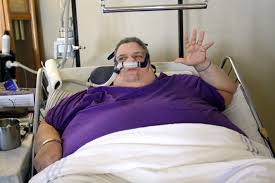 #10 Michael Hebranko (May 14, 1953 – July 25, 2013) was one of the heaviest men in the world and suffered from an extreme case of morbid obesity. After a stay at the St. Luke’s Hospital in New York City, he dropped his weight from 411 kg (906 lb) to 90 kg (200 lb) and his waist size from 290 cm (110 in) to 91 cm (36 in) in 19 months with the help of the dieting and exercise coach Richard Simmons, and was recorded in the Guinness Book of World Records for the highest recorded weight loss in 1990. He lost some of this weight from the surgical removal of fat. He then toured the United States lecturing about his experiences and advocating dieting and exercise. However, after constantly yo-yo dieting, he lost and gained a total of 4,004 pounds. He died due to heart, kidney, and liver failure in 2013.

How Many People Have Died From The COVID Vaccine?