Why is Obesity A Major Issue in America? 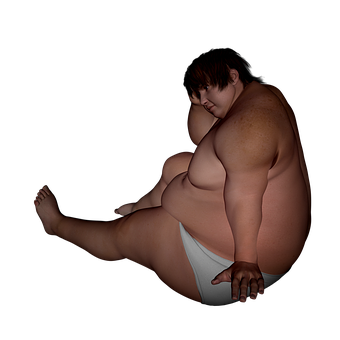 Obesity in America: The Facts and the Consequences.

Obesity is defined as having a body mass index (BMI) that is greater than 30 kg/m2. The Body mass index is usually obtained by dividing a person’s weight by the square of the person’s height. Being obese differs from being overweight, they are two different concepts defined by different parameters.

A person is considered overweight when his or her body mass index falls within the range of 25–30 kg/m2. Obesity has become a major public health challenge in the United States largely due to changes in diet preferences and lifestyle patterns. According to the Center for Disease Control (CDC), 36.5% of adults in the United States are obese.

Recently available data also indicate that Louisiana has the highest rate of adult obesity in the United States at 36.2% while Colorado has the lowest at 20.2 %. Obesity increases the risk of several chronic disease conditions including diabetes type 2 cancer, hypertension, cardiovascular diseases and stroke.

Obesity places a huge financial burden on personal and national coffers. The medical cost for obese individuals is about $ 1,429 higher than those of individuals with a normal BMI. As at 2008, the annual cost of obesity in the United States had already reached $147 billion and this is expected to exceed the current $ 210 billion if current trends are not halted. 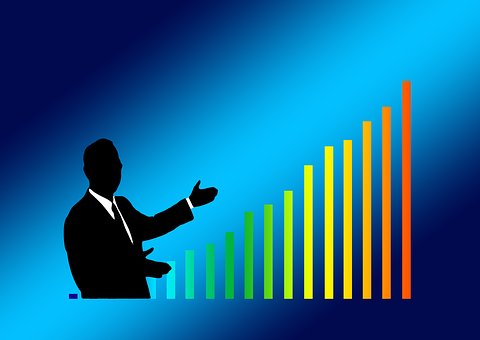 According to the Journal of American Medicine, Non-Hispanic blacks have the highest rate of obesity in the united states at 48.1% this is closely followed by Hispanics with 42.5%,  non-Hispanic whites have a rate of 34.5% while non-Hispanic Asians have the lowest rate of 1.7%. Available data also show that obesity rates are generally higher among middle-age adults aged 40-59 years.

Higher incomes are at higher risk of obesity

According to the National Center for Health Statistics (NCHS), those with higher incomes are at higher risk of obesity than those with lower income among non-Hispanic black and Mexican Americans. In addition, women with a college degree have been shown to be less likely to be obese as compared to less educated women but in men, no significant relationship was found between obesity and education.

80 % percent of adults in America are physically Inactive

According to a Youth Risk Behavior Surveillance report about

Until there is a deliberate and united effort to make significant changes regarding America’s insatiable appetite for junk food to the detriment of healthy choices coupled with other critical lifestyle adjustments, the impact of excess weight and its consequences will continue to be the burden on the United States and its population.Also Read: The Factors Fueling the Weight Epidemic in America

What causes obesity?
Obesity results from a combination of causes and contributing factors, including individual factors such as behavior and genetics. Behaviors can include dietary patterns, physical activity, inactivity, medication use, and other exposures.
Who is at risk for obesity?
Certain populations tend to have higher rates of obesity. Overweight and obesity are often accompanied by other chronic health conditions such as diabetes, heart disease, hypertension, certain cancers, and arthritis. Rural populations with a higher risk of obesity include those who are: Age 60 and above.
How do you become obese?
Obesity is generally caused by eating too much and moving too little. If you consume high amounts of energy, particularly fat and sugars, but do not burn off the energy through exercise and physical activity, much of the surplus energy will be stored by the body as fat.
Why obesity is dangerous?
Overweight and obesity may increase the risk of many health problems, including diabetes, heart disease, and certain cancers. If you are pregnant, excess weight may lead to short- and long-term health problems for you and your child.
What causes big stomach in females?
Some women gain more belly fat at this time than others. This may partly be due to genetics, as well as the age at which menopause starts. … Bottom Line: Hormonal changes at menopause result in a shift in fat storage from the hips and thighs to visceral fat in the abdomen.
Does rice make you fat?
Depending on the serving size, rice can be both weight loss friendly and fattening. Summary: Almost any food can cause weight gain if eaten in excessive amounts. Eating food from large plates or bowls may unknowingly increase calorie intake without people perceiving themselves as more full.
What are the mental effects of obesity?
There is a characteristic type of depression with symptoms that include lethargy and overeating. Like most mind-body interactions, obesity can lead to ill health, which is linked to depression and anxiety. Additionally, overweight people are also more likely to lose the psychological benefits of exercise.
Do bananas cause belly fat?
Most bananas have a low to medium glycemic index, and should not cause big spikes in blood sugar levels compared to other high-carb foods. Although there are no studies that directly examine the effects of bananas on weight, they do have several properties that should make them a weight loss friendly food.
How many deaths does obesity cause?
According to the National Institutes of Health, obesity and overweight together are the second leading cause of preventable death in the United States, close behind tobacco use . An estimated 300,000 deaths per year are due to the obesity epidemic.
How does obesity shorten life span?
The researchers found that the risk of dying overall and from most major health causes rose continuously with increasing BMI within the class III obesity group. … Years of life lost ranged from 6.5 years for participants with a BMI of 40-44.9 to 13.7 years for a BMI of 55-59.9,
Who has the highest obesity rate in the world?
Trinidad and Tobago has the highest obesity in the Caribbean, with over 30% of its adult population overweight, ranking the country sixth in the world. However, according to the most recent Behavioral Risk Factor Surveillance System (BRFSS) data, adult obesity rates now exceed 35% in seven states, 30% in 29 states and 25% in 48 states. West Virginia has the highest adult obesity rate at 38.1% and Colorado has the lowest at 22.6%.

Top 10 Most Obese Cities In America