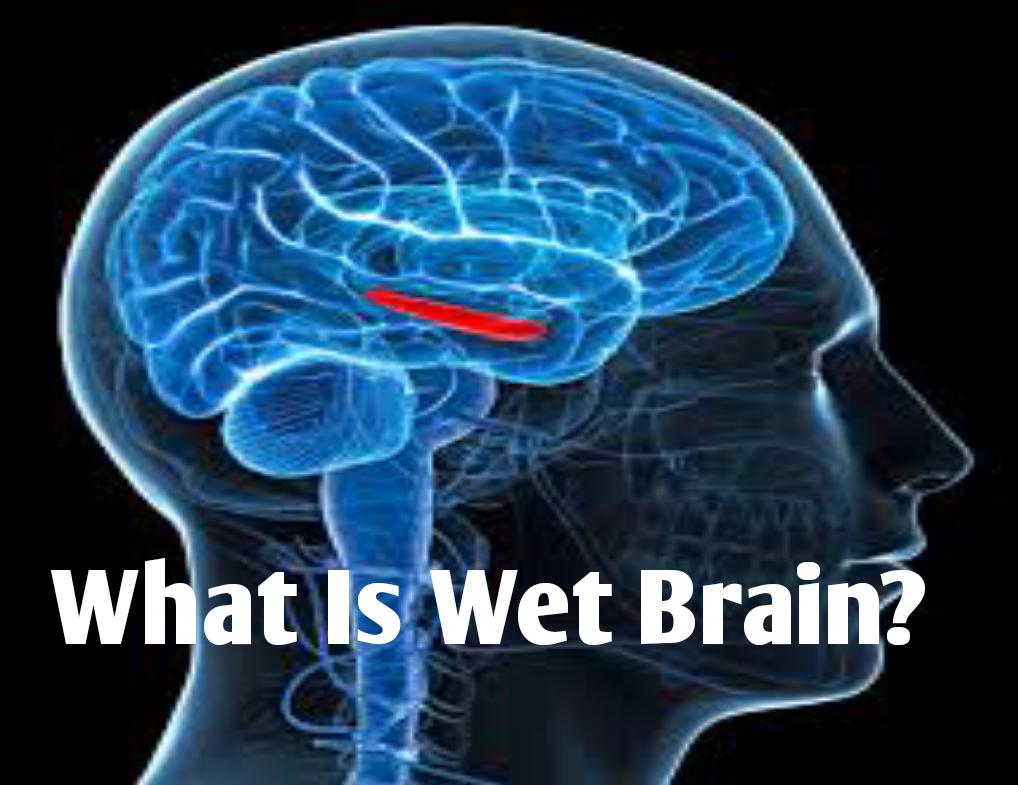 “Wet brain” is a term used to describe the chronic brain disorder, Wernicke-Korsakoff syndrome or Korsakoff’s psychosis. Wet brain is caused by Thiamine (Vitamin B1) deficiency and typically occurs among people suffering from alcohol addiction. Wet brain from alcohol damages the lower parts of the brain known as the thalamus and hypothalamus and may also result in permanent brain damage and memory problems.

When someone drinks large amounts of alcohol over a long period of time, they can experience a form of permanent brain damage called wet brain. Wet brain happens when a person is deficient in vitamin B1, or thiamine. The body needs adequate levels of thiamine, a water-soluble vitamin, for heart and nervous system function. Thiamine also helps the body maintain the right levels of glucose in the bloodstream. Without it, thiamine deficiency can cause a variety of problems.

While thiamine deficiency can happen to people with poor diets, it is more common in those who drink heavily over the course of many years. Alcohol not only prevents the body from getting enough thiamine from a person’s diet, but alcohol use also depletes the body’s thiamine stores, which are held in the liver. The enzymes that turn thiamine into an active compound the body can use are prevented from working when someone consumes large amounts of alcohol.

Every part of the body needs thiamine to function, with some bodily systems using more of the vitamin than others. There are enzymes in the brain that need thiamine, including several critical neurotransmitters. When someone doesn’t get enough thiamine over a long period of time, they will develop brain damage or wet brain.

There are two forms of wet brain syndrome called Wernicke’s encephalopathy and Korsakoff psychosis. With Wernicke’s encephalopathy, a person will develop neurological symptoms because the brain is suffering from lesions that form from a lack of adequate thiamine. Mostly, these neurological symptoms are related to memory problems. Once the signs of the first part of the wet brain syndrome diminish, a person can develop the symptoms of Korsakoff’s psychosis.

Who Gets Wet Brain?

People who regularly abuse alcohol for long periods of time are more likely than others to get wet brain, although it can also be caused by intense periods of vomiting or poor nutrition. Alcohol interferes with the body’s ability to absorb Vitamin B1, so people who binge drink on a regular basis or who consume large amounts of alcohol frequently may develop wet brain.

How Does Chronic Drinking Affect the Brain?

Every cell in the body needs vitamin B1 (thiamine) in order to function. This workhorse vitamin converts food into energy in the brain, nerves, and heart. It helps the body process fats and proteins and breaks down carbohydrates. Your body can’t produce thiamine on its own—it has to be ingested through your diet. This is typically a non-issue for most healthy adults (think whole grains, asparagus, kale, pork, beef, chicken, eggs, and potatoes). Those who struggle with alcohol use disorder, though, are at risk of thiamine deficiency. Why? Instead of eating a balanced diet, many alcoholics drink their calories, depriving their bodies of essential vitamins. In other cases, an alcohol-induced inflammation of the stomach lining reduces the body’s ability to absorb vitamins. According to the National Institute on Alcohol Abuse and Alcoholism, “chronic alcohol consumption can cause thiamine deficiency and reduced enzyme activity, including inadequate dietary intake, malabsorption of thiamine from the gastrointestinal tract, and impaired utilization of thiamine in the cells.”

Thiamine deficiency isn’t just an annoyance. Without thiamine, the brain can’t process glucose, robbing the brain of energy (and functioning). This can lead to a serious neurological disorder known as “wet brain syndrome”—better known in the medical community as Wernicke-Korsakoff syndrome.

Signs and Symptoms of Wet Brain

Wet brain behavior may not always be immediately recognizable as the symptoms of wet brain may be misinterpreted as other health problems. However, unlike many of the other harmful effects of alcohol abuse that develop over time, wet brain occurs very suddenly and presents itself in two distinct stages.

According to the National Institute on Alcohol Abuse and Alcoholism, approximately 80 to 90 percent of alcoholics with Wernicke’s encephalopathy develop Korsakoff’s psychosis.

Can You Reverse Wet Brain?

Stage one of wet brain is completely reversible, but only if it is treated immediately with Vitamin B1 injections. However, if it is left untreated, it will progress to stage two of wet brain, which is only partially reversible. Stage two (Korsakoff’s psychosis) can improve over time with Vitamin B1 and abstinence from alcohol, but it can never fully be reversed.

According to the National Organization for Rare Disorders, wet brain occurs in one to two percent of the U.S. population.5 Wet brain in alcoholics may occur for a few different reasons:

It’s ideal to start treating wet brain right away, because waiting until it progresses to stage two could be more harmful and potentially fatal. According to MedlinePlus, the primary goals of wet brain treatment are to control the symptoms of wet brain and prevent the disorder from worsening. There are several different methods for achieving these goals, including:

If a person with wet brain is unconscious or in a coma, they will need special care in a medical environment, and potentially, for a longer period, depending on the severity of their symptoms.

Even if a person is diagnosed with wet brain, it may still be very difficult for them to abstain from consuming alcohol. This is especially true if the person is addicted to alcohol or physically dependent on it, which can be difficult for friends and family members to accept. It’s important to remember, however, that alcohol addiction is a chronic and powerful disease and the way an alcoholic behaves won’t always make sense to loved ones.

Once the immediate or life-threatening symptoms of wet brain have been treated, the affected person can begin to focus on preventing further memory loss and brain damage by completely eliminating alcohol from their lifestyle. Getting sober and quitting alcohol for good will prevent the loss of additional brain functions and eliminate further nerve damage.

Alcohol withdrawal symptoms can be severe and even deadly, in some cases, so detoxing under medical supervision is always the safest and most effective way to quit alcohol and begin a new, sober lifestyle.

Despite its efficacy, an alcohol detox program on its own is not a solution for long-term sobriety. Continuing your addiction treatment with a drug and alcohol rehab program can help you develop the necessary life skills and coping strategies to maintain your sobriety.

Do I Have Wet Brain?

You may have wet brain if you have experienced some of these early symptoms:

You may have Wernicke-Korsakoff syndrome if you have experienced some of these early symptoms:

The best way to find out if you have wet brain or Wernicke-Korsakoff syndrome is to see a doctor. Your doctor can provide an accurate diagnosis and help you find treatment for alcohol addiction once your physical health has recovered.

How Long Does a Drug induced Psychosis Last?
What is Wet Brain?
July 11, 2020 Health FeaturesPublic HealthLeave a comment