How Long Does a Drug induced Psychosis Last? 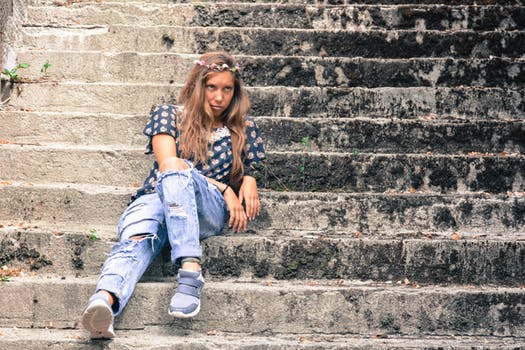 What is Drug Induced Psychosis?

Drug-induced psychosis, also known as substance-induced psychotic disorder, can be defined as any psychotic episode that is linked with the use or abuse of an intoxicant, chemicals or drugs, including those produced by the body itself. This can occur from taking too much of certain medications, and drugs such as alcohol or cannabis, having an adverse reaction after mixing substances, underlying mental health issues or during withdrawal from a drug.In many cases, psychosis may go away after the substance abuse is stopped; however, in others, symptoms may persist for a long period of time.

According to the Substance Abuse and Mental Health Services Administration’s (SAMHSA’s) National Survey on Drug Use and Health, 9.3 percent of individuals in the US age 12 years and older needed treatment for a drug or alcohol problem in 2009. This does not include people who occasionally abuse drugs but are not considered to have a dependence issue. This amounts to 23.5 million people for that single year alone. Drug induced psychosis are categorized into three classifications of symptoms: positive, negative, and cognitive. The symptoms of DIP are not different from the symptoms of schizophrenia, and it is often difficult to distinguish between them. However, although the symptoms may be the same, its causes are clearly different in that DIP is acquired and schizophrenia is heritable.

What is the difference between drug induced psychosis and schizophrenia?

What is crack psychosis?

Crack psychosis also known as cocaine psychosis is one of the dangerous side effects of using the drug. Psychosis can develop from long-term cocaine use, psychosis is a symptom of several mental health conditions and can produce hallucinations and delusions

Can you fully recover from psychosis?

Psychosis, like other disorders, can be successfully treated. Most people make a good recovery and have their symptoms disappear.People with psychosis can be treated in their community and if hospitalization is required, it is usually only for a brief period. SEE: How Long Does DMT Stay In Your System

What are the Signs and Symptoms of Drug Induced Psychosis?

– Object activation and, in extreme cases, autonomous entities such as shadow people and catatonia.

In situation when an individual presents with non –organic psychosis the accompanying signs and symptoms are typical of acute drug overdose or prolong drug abuse. These additional symptoms can include

What Drugs or medications Causes Psychosis?

Several Medications and illicit drugs are known causes of psychotic episodes and conditions. These include:

– Antiparkinson medications (a major problem that complicates the treatment of Parkinson Disease, and occurs in up to 22% of patients)

How Long Does Drug Induced Psychosis last can depend on which drug or combination of drugs a person is using, the dosage, and how long the individual has been using the drug. A drug induced psychosis that begins during substance use can last as long as the drug is used. A  drug induced psychosis that begins during withdrawal may persist for up to four weeks after an individual stops using the substance. While some psychotic experiences are very limited in duration, lasting only hours, others persist for weeks, months, or even years. CLICK HERE TO READ: Drug Induced Psychosis Treatment