WHO Definition Of Malnutrition 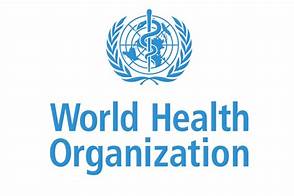 According to the World Health Organization, malnutrition refers to deficiencies or excesses in nutrient intake, imbalance of essential nutrients, or impaired nutrient utilization. The double burden of malnutrition consists of both undernutrition and overweight and obesity, as well as diet-related non-communicable diseases. Undernutrition manifests in four broad forms: wasting, stunting, underweight, and micronutrient deficiencies.

Wasting: is defined as low weight-for-height. It often indicates recent and severe weight loss, although it can also persist for a long time. It usually occurs when a person has not had food of adequate quality and quantity and/or they have had frequent or prolonged illnesses. Wasting in children is associated with a higher risk of death if not treated properly.

Stunting: is defined as low height-for-age. It is the result of chronic or recurrent undernutrition, usually associated with poverty, poor maternal health and nutrition, frequent illness, and/or inappropriate feeding and care in early life. Stunting prevents children from reaching their physical and cognitive potential. Underweight is defined as low weight-for-age. A child who is underweight may be stunted, wasted, or both.

Micronutrient deficiencies are a lack of vitamins and minerals that are essential for body functions such as producing enzymes, hormones, and other substances needed for growth and development.

The interaction between undernutrition and infection can create a potentially lethal cycle of worsening illness and deteriorating nutritional status. Poor nutrition in the first 1,000 days of a child’s life can also lead to stunted growth, which is associated with impaired cognitive ability and reduced school and work performance.

We are still far from a world without malnutrition. While the 2020 edition of the joint malnutrition estimates shows that stunting prevalence has been declining since the year 2000, more than one in five – 144 million children under 5 –were stunted in 2019, and 47 million suffered from wasting. Meanwhile, the number of overweight children worldwide has remained stagnant for more than a decade.

Measures of child undernutrition are used to track development progress. In the Post-2015 Development Era, estimates of child malnutrition will help determine whether the world is on track to achieve the Sustainable Development Goals – particularly, Goal 2 to “end hunger, achieve food security and improved nutrition, and promote sustainable agriculture”.

In 2019, three regions had very high stunting prevalence, with approximately one-third of children affected. On the other hand, three regions had low stunting prevalence. However, vast disparities within the low prevalence regions can exist. In Latin America and the Caribbean, for example, despite the low prevalence overall, some individual countries faced medium, high, and in some cases very high stunting rates. Chronic undernutrition in Latin America and the Caribbean can vary widely between neighboring countries: In one country less than 1 in 8 are affected, while nearly 1 in 2 of their peers in the country next door is at a disadvantage due to the irreversible physical and cognitive damage that can accompany stunted growth.

Causes Of Malnutrition In Nigeria

How To Make Baby Gain Weight Fast In Nigeria