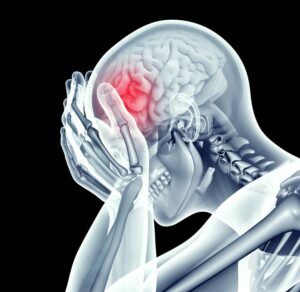 Definition: A generic term that encompasses chronic impairment of memory and of higher mental functions associated with the frontal and limbic system. Thus, it incorporates both the alcohol-induced amnesic syndrome (F10.ó) and the “frontal lobe syndrome” (included in F10.7). However the term is often used when only one of these disorders is present. Memory loss in the amnesic syndrome is typically of recent memory. Frontal lobe damage is manifested by defects in abstract thought, conceptualization, planning, and processing of complex material. Other cognitive functions are relatively well preserved, and consciousness is not clouded. A distinction is made between alcohol-related brain damage and alcoholic dementia. In the latter condition there is a more global impairment of cognitive function and usually evidence of other etiologies such as repeated head trauma. See also: alcoholic dementia

SEE: Does Alcohol Show Up in a Drug Test?