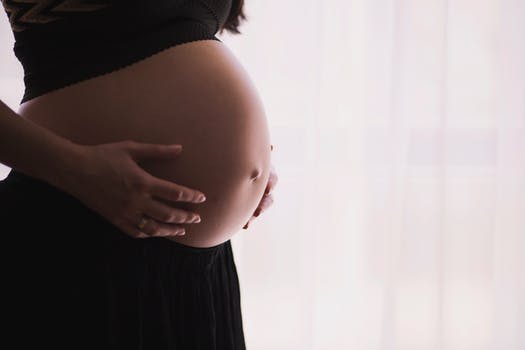 For couples trying to conceive the waiting time between ovulation and the expected date of the next period can be emotionally draining especially when the pressure of wanting to conceive is palpable. A woman’s body is very dynamic and no two women are exactly the same. But generally, there are typical signs that indicate that the next period might not be coming any time soon.

Any woman that is alert to symptoms cannot miss this, the general feeling of tiredness is a major clue that points to pregnancy. The rise in the production of progesterone following conception is responsible for the increased level of fatigue occasioned by increased blood production, lower blood pressure, and sugar levels.

This is one of the most confusing signs of early pregnancy because most women typically have this symptom in the lead up to their menstrual flow. The difference here is mostly the degree. The massive changes in a hormonal profile that takes place after conception can make breasts sore, tender, or tingly, increasing the feeling of fullness and heaviness.

If your favorite food or perfume suddenly makes you nauseous, chances are that you might be carrying a child. Nausea is one of the commonest signs of early pregnancy, this heightened sense of smell is a result of elevated levels of estrogen produced by the body during this period.

Not All women spot after conception but the few that do can start preparing for the nine months journey ahead of others. Spotting or vaginal bleeding occurs after the implantation of the fertilized egg onto the lining of the uterus. The bleeding that sometimes accompanies this process is usually lighter and lasts for fewer days. Some women sometimes misrepresent this sign as the early onset of menstruation or miscarriage.

Morning sickness is the “trademark” of most pregnancies. This usually begins as early as 10 days after conception in some women and for many women, this could persist throughout the first trimester. Not all women experience morning sickness during pregnancy.

The surge in hormones after conception can lead to diverse behavioral changes in a woman. Aversions or cravings for foods at variance with your normal pattern could also be a sign that something is developing inside your womb.

Mild headaches can sometimes be an indication that your period might not be coming anytime soon. Frequent but mild headaches during early pregnancy are caused by increased blood circulation due to changes in hormonal levels. See: Dangers Of Using 7up With Salt To Terminate Pregnancy

Elevated progesterone levels during early pregnancy can slow the pace of digestion. This results in food staying longer than usual in the digestive system leading to constipation.

Something other than your temperament might be responsible for your frequent mood swings and weeping. This is because the surge of hormones during early pregnancy could have a significant impact on emotional stability.

Low blood sugar and constant dilation of blood vessels can lead to lower blood pressure and dizziness. Basal body temperature is the temperature recorded the moment you first wake up in the morning. A steady increase for more than two weeks may be an indication of pregnancy. Read: Benefits of Kigelia Africana Extract