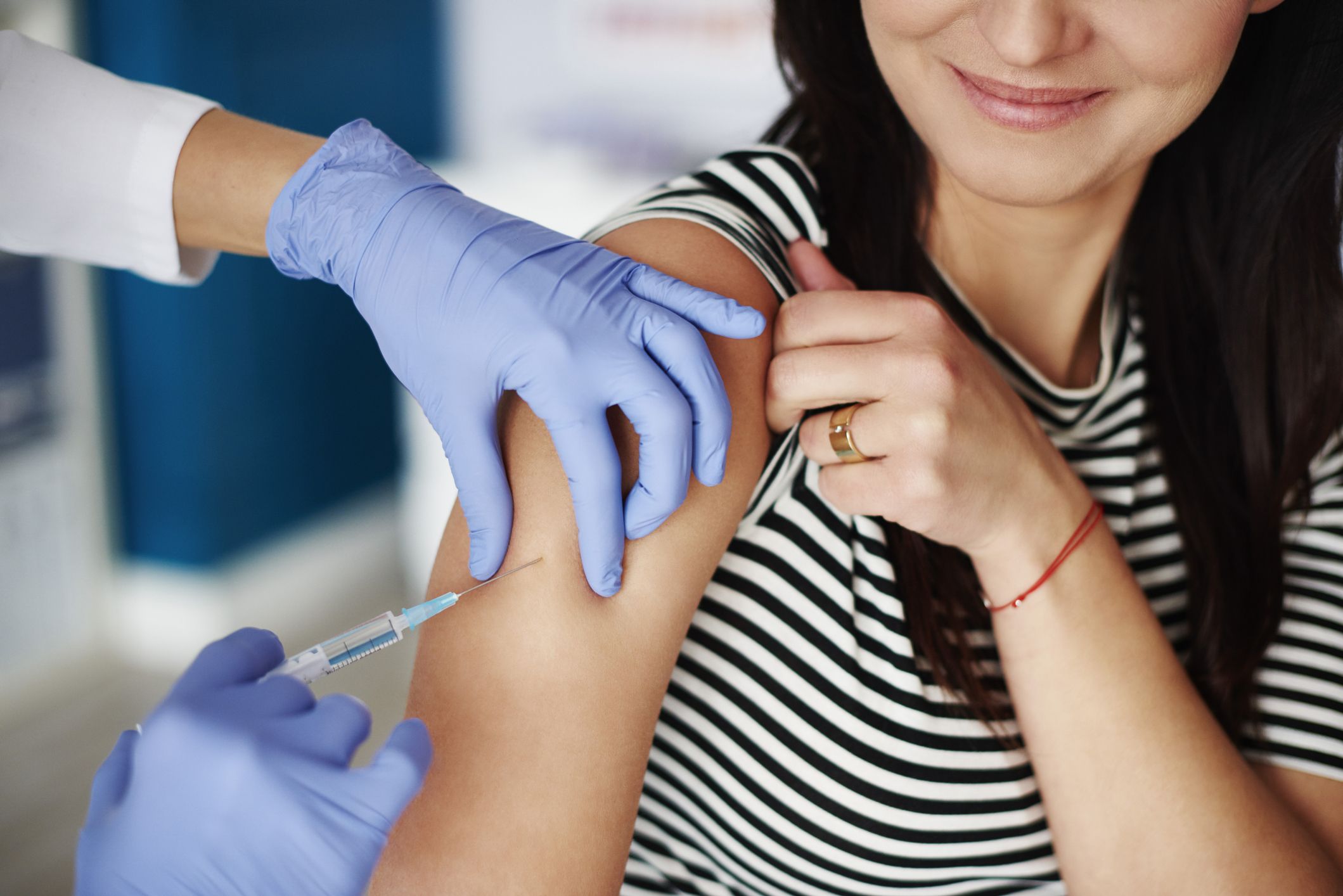 Nur-isterate is a brand of contraceptive that contain norethisterone enantate 200 mg as active ingredient. This drug is produced by Bayer and its protection against conception is based primarily upon an alteration of the cervical mucous. This alteration is present for the whole of the duration of action and prevents the ascent of the sperm into the uterine cavity.

Radioimmunological studies have shown that, during the first 5 to 7 weeks after injection, ovulation is suppressed as a result of the high plasma level of norethisterone. In addition, Nur-isterate causes morphological changes in the endometrium which have the effect of rendering nidation of a fertilised egg difficult.

How long does Nur isterate take to work?

If you receive the Nur-isterate injection during the first five days of your period, then it is effective immediately and no back-up birth control is needed. If you have the injection on any other day of your cycle, you’ll need to use additional contraception, such as condoms, for 7 days. After your first injection the next dose of Nur-isterate should be administered every 8 weeks. This is an extremely effective form of contraception as long as it is repeated at the correct interval. You are not protected from pregnancy if you do not stick to these time intervals.

Can I fall pregnant while on Nur-Isterate injection?

What Should I Expect After Nur-Isterate Injection?

Your doctor also needs to be aware that you have had the Nur-isterate injection if you are going to undergo any surgery during the eight-week time frame. Keep in mind that once you stop taking Nur-isterate, it can take up to a month longer (than other hormonal methods) for you to start ovulating again and regain your fertility.

For women who experience normal periods, Nur-isterate is a safe, effective contraceptive. Women with liver problems, arterial disease or disorder, ovarian cysts, or the rare blood disorder porphyria are cautioned against using Nur-isterate. It may interfere with the efficacy of certain medications prescribed for epilepsy or fungal infections, as well as certain herbal remedies such as St. John’s Wort. As with all medicines, it is recommended that you consult your physician before beginning use. Nur-isterate does not protect against sexually transmitted disease.

Are There any Side Effects?

As with most contraceptives, side effects may accompany their use. Although most side effects are uncommon or short-lived, it is best to report any reaction to your physician so he or she can offer a solution. Undesirable effects that have been reported in users of Nur-isterate (based on post-marketing data) are:

Pregnancy: The administration of Nur-Isterate during pregnancy is contra-indicated. If pregnancy occurs during treatment, further injections must not be given. Virilization of the external sex characteristics of female neonates were described following administration of preparations containing norethisterone, such as Nur-Isterate, this being associated with the androgenic residual effect of these substances. Since it cannot be stated unequivocally that such a situation will not occur with Nur-Isterate, injection during pregnancy – and particularly in the sensitive phase after the first month of pregnancy – is contra-indicated.

Lactation: Nur-Isterate has no inhibiting influence on breastfeeding. However, small quantities of Nur-Isterate may be eliminated with the milk. It is therefore possible that the degradation of bilirubin in neonates will be impaired, particularly during the first week of life. If the newborn is suffering from severe or persistent jaundice which requires medical treatment, breastfeeding must be interrupted for the time of treatment.

There appear to be no adverse effects on infant growth or development when using any progestogen only method after six weeks postpartum. Progestogen-only methods do not appear to affect the quantity or quality of breast milk, however, minute amounts of the active substance are excreted with the milk. Transfer of norethisterone into mother’s milk is negligible. ALSO READ: How To Flush Depo Provera Out Of Your System

If any of the conditions/risk factors mentioned below are present or deteriorate, an individual risk/benefit analysis should be done before Nur-Isterate is started or continued.

Circulatory disorders: According to the present state of knowledge, an association between the use of hormonal contraceptives and an increased risk of venous and arterial thromboembolic diseases cannot be ruled out. The relative risk of arterial thromboses (e.g. stroke, myocardial infarction) appears to increase further when heavy smoking, increasing age and the use of hormonal contraceptives coincide. In women with hypertension, the risk of stroke may be slightly enhanced by Nur-Isterate. There may be an increased risk of venous thromboembolism associated with the use of nur-isterate. In case of prolonged immobilization it is advisable to discontinue the use of nur-isterate (in the case of elective surgery, 12 weeks in advance) and not to resume until two weeks after complete remobilization. No further injection should be given.

Tumours: Cases of benign liver tumours, and malignant liver tumours have been reported in users of hormonal contraceptives. In isolated cases, these tumours have led to life-threatening intra-abdominal haemorrhages. A hepatic tumour should be considered in the differential diagnosis when severe upper abdominal pain, liver enlargement or signs of intra-abdominal haemorrhage occur in women using Nuristerate.

Other conditions: progestogen-only contraceptives such as Nur-isterate generally do not appear to affect blood pressure in normotensive women. Small increases in blood pressure have been reported in one study using injectable contraceptives, however, clinically relevant increases are rare. If a sustained clinically significant hypertension develops, then it is prudent for the physician to stop using nur-isterate and treat the hypertension.

The following conditions have been reported to occur or deteriorate, but the evidence of an association is inconclusive: jaundice and/or pruritus related to cholestasis; gallstone formation; systemic lupus erythematosus; haemolytic uraemic syndrome; Sydenham’s chorea.

Recurrence of cholestatic jaundice and/or pruritus which occurred first during pregnancy or previous use of sex steroids necessitates the discontinuation of Nur-Isterate. Chloasma may occur, especially in women with a history of chloasma gravidarum. Women with a tendency to develop chloasma should not use Nur-Isterate. If there is a history of extrauterine pregnancy or one tube is missing, the use of Nur-Isterate should be decided on only after carefully weighing the benefits against the risks. If obscure lower abdominal complaints occur together with an irregular cycle pattern (above all amenorrhoea followed by persistent bleeding), an extrauterine pregnancy must be considered.

No further injection should be given, if during treatment, recurrence of earlier depression is experienced. Although Nur-Isterate may have a slight effect on peripheral insulin resistance and glucose tolerance there is generally no need to alter the therapeutic regimen in diabetics using progestogen-only contraceptives. However, diabetic women, also those with a history of gestational diabetes mellitus, should be carefully observed while using Nur-Isterate.

There are no data on progestogen-only injectable drug interactions. Therefore, the following interactions are based on findings with combined oral contraceptives: Drug interactions which result in an increased clearance of sex hormones can lead to breakthrough bleeding and oral contraceptive failure. This has been established with many hepatic enzyme-inducing drugs (including phenytoin, barbiturates, primidone, carbamazepine, rifampicin, oxcarbazepine, St John’s Wort and rifabutin); griseofulvin is also suspected.

Women on treatment with hepatic enzyme-inducing drugs should temporarily use a barrier method in addition to Nur-Isterate, i.e. during the time of concomitant drug administration and for 28 days after their discontinuation. Another method of contraception should also be advised, especially in the case of persistent irregular bleeding due to drug interactions. Hormonal contraceptives may interfere with the metabolism of other drugs. Accordingly, plasma and tissue concentrations may be affected (e.g. cyclosporin). ALSO READ: Levon 2 Contraceptive Pill: Uses, Side Effects, Price

How To Flush Nur-Isterate From Your System
Nur-isterate injection
June 14, 2021 Women's HealthPublic HealthComments Off on Nur-isterate: Uses, Side Effects, Pregnancy Symptoms