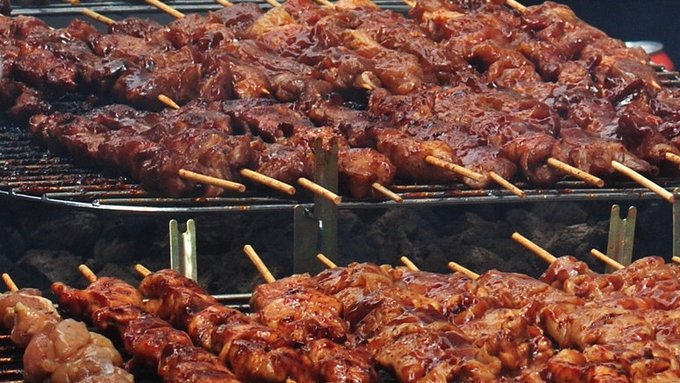 Suya  or tsire is a popular spicy meat skewer which is a popular food item in Nigeria and most parts of West Africa. It is also eaten in Sudan, referred to as “Agashe”. Suya is generally made with skewered beef, ram, or chicken. Innards such as kidney, liver and tripe are also used. However, around 98 percent of suya are prepared using red meat. In general, red meats have more cholesterol and saturated fat than chicken, fish, and vegetable proteins such as beans. 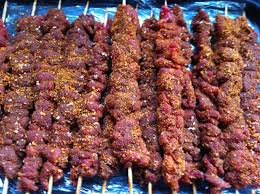 In a major study combining data from nearly 150,000 participants over two decades (across three smaller studies), researchers found that people who increased their consumption of red meat over time also increased their risk of developing type-2 diabetes by 48 percent. This link could be more related to obesity, since high consumption is a risk factor for obesity, and obesity is a risk factor for diabetes.

Both cholesterol and saturated fat in suya can raise blood cholesterol, which can lead to or worsen heart disease. Furthermore, when the body processes high-cholesterol foods like red meat, it produces a compound called trimethylamine N-Oxide (TMAO). A study published in the journal Nature showed that increased levels of this compound lead to arterial blood clots, which can cause heart attacks and strokes. Fatty red meats, including ground beef and prosciutto, are the likeliest to lead to such problems. If you indulge, stick with leaner cuts of bison, pork chops, or roast beef.

Too much suya is bad for you. (Take a moment to collect your feelings, we know it’s a lot to process.) “Studies have demonstrated that increasing red meat, and particularly processed meat consumption—like suya is related to increasing colorectal cancers,” says Hensrud. (They also increase the rates of stomach cancers.) The trigger is suspected to be heme iron, found only in meat (and highest in red meats), that may play a role in the production of cell-damaging, cancer-causing compounds.

Don’t be the guy whose eulogy starts “He died doing what he loved: Eating hamburgers.” Instead, opt for lean- or plant-based proteins, which studies have concluded have a lower mortality risk than a diet rich in red meat. The mortality rates are highest for those with other unhealthy lifestyle factors—particularly obesity (or even being mildly overweight); smoking; physical inactivity; and heavy alcohol consumption.

Despite these health challenges, meat and suya production has more than doubled over the past decade with a corresponding increase in our meat related health issues. Global meat production has increased rapidly over the past 50 years – as we see, total production has more than quadrupled since 1961. Regionally, Asia is the largest meat producer, accounting for around 40-45 percent of total meat production. This regional distribution has changed significantly in recent decades. In 1961, Europe and North America were the dominant meat producers, accounting for 42 and 25 percent, respectively. In 1961, Asia produced only 12 percent. By 2013, Europe and North America’s share had fallen to 19 and 15 percent, respectively.