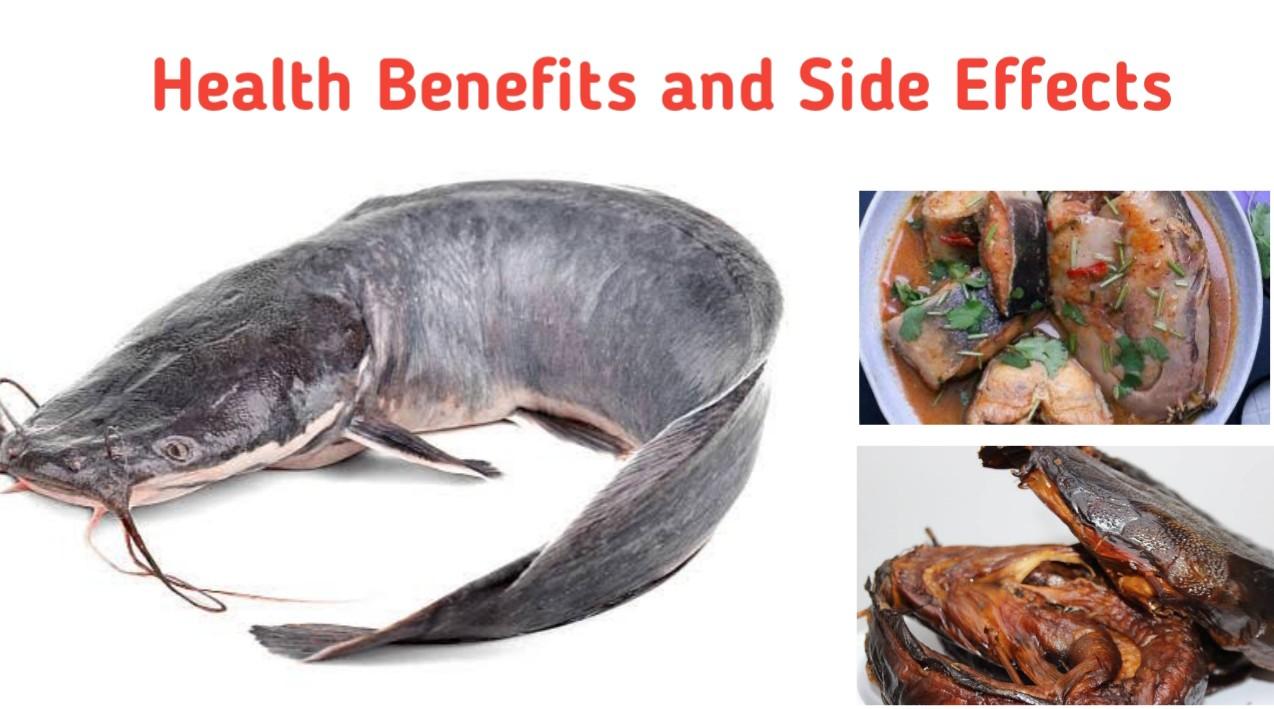 Catfish is one of the most popular source of protein in Africa. As one the oldest and most widespread fish species, this fish adapt so well to their environment that they thrive worldwide, with the exception of a few places with extremely low or high temperatures. The name catfish refers to the long barbels, or feelers, which are present aROUNF the mouth of the fish and resemble cat whiskers.

All catfishes have at least one pair of barbels, on the upper jaw; they may also have a pair on the snout and additional pairs on the chin. This common fish has an outstanding nutritional profile. Available information indicates that a 3.5-ounce (100-gram) serving of fresh catfish provides:

In addition to being low in calories and sodium, catfish is packed with protein, healthy fats, vitamins, and minerals.

Many meat-based proteins are high in saturated fat, which has been linked to heart disease and obesity. Looking for lower fat sources of protein will ensure that our body’s repair system is working optimally while helping to ensure that we remain within healthy limits for total fat and calories. Protein is one of the primary sources of energy in your diet. It’s also responsible for building and repairing tissue and muscle, as well as serving as the building blocks for many hormones, enzymes, and other molecules. One 3.5-ounce (100-gram) serving of catfish provides 32–39% of your daily protein needs in only 105 calories. For comparison, the same serving of salmon provides around half of your daily protein needs but over 230 calories. Nutrient-dense protein sources like catfish may aid weight loss by boosting feelings of fullness. This fish is also a great option for people who are watching their calorie count but want to make sure they’re getting enough nutrients.

The human body can make most of the types of fats it needs from other fats or raw materials. That isn’t the case for omega-3 fatty acids (also called omega-3 fats and n-3 fats). These are essential fats—the body can’t make them from scratch but must get them from food. Omega-3 fatty acids are renowned for their role in brain health. Although more research is needed, they may even help treat neurological and mental conditions, including memory loss, attention deficit hyperactivity disorder (ADHD), and depression. What’s more, omega-3s are linked to improvements in skeletal muscle strength, heart health, and even the gut microbiome — the collection of healthy bacteria in your gut. Given that your body cannot produce omega-3s on its own, you need to get them through your diet. One 3.5-ounce (100-gram) catfish fillet delivers 237 mg, or 15–20% of the Adequate Intake (AI) for adults. A review of 23 studies in over 1 million people associated eating fish with an overall lower risk of death — and a 7% reduction in the chance of death for every 200 mg of omega-3s consumed daily.

A great source of vitamin B12

Vitamin B12 deficiency may lead to a reduction in healthy red blood cells (anaemia). The nervous system may also be affected. Diet or certain medical conditions may be the cause. Symptoms are rare but can include fatigue, breathlessness, numbness, poor balance and memory trouble. A single 3.5-ounce (100-gram) serving of catfish boasts up to 121% of the DV for vitamin B12, which many people are deficient in. Though several fish are high in this vitamin, catfish is a particularly outstanding source. Adequate vitamin B12 levels are tied to several potential health benefits, including improved mental health, protection against heart disease, and prevention and treatment of anemia.

Side Effects of Eating Catfish

Some catfish especially those harvested from polluted waters can contain unhealthy amount of mercury, which is very toxic to the human body. Fish and shellfish are the main sources of methylmercury exposure to humans. Methylmercury is highly toxic, causing serious health problems when it reaches certain levels in your body. Mercury is a naturally occurring heavy metal. It can build up in the bodies of fish in the form of methylmercury, which is highly toxic. Elemental and methylmercury are toxic to the central and peripheral nervous systems. The inhalation of mercury vapour can produce harmful effects on the nervous, digestive and immune systems, lungs and kidneys, and may be fatal.

Can cause heart attack and stroke

Most fish, generally, contain some level of oil, but catfish has excess oil in its skin. That is what makes it so oily and unhealthy. It also contains a lot of poly unsaturated fat that does not only make you fat but also settles in the blood stream. A study which was conducted by the National Institute of Health in 2012, using over 1,000 species of the fish in different water shows that catfish contains a high amount of unfavorable omega-6 fat that causes inflammation in the body. Too much omega 6 can raise your blood pressure, lead to blood clots that can cause heart attack and stroke, and cause your body to retain water when consumed in large quantities.

Many governments around the world have imposed a ban on farming of catfish, because their proliferation in water bodies in many countries is posing an unusual threat to the native aquatic species. Commercial breeding of the catfish increases the risk of its spread into natural water bodies. However, the economic rewards from commercial breeding of catfish are far higher compared to endemic species, given the former’s ability to grow rapidly. When such invasive species provide economic and culinary benefits to local communities, the cost of their control and eradication increases due to a lack of cooperation and resistance from the local communities. Using gastronomy to control the invasive species population may not be an effective tool, as it could lead to their further commercial breeding and spread into new areas.

Once the catfish escapes into natural environments, its eradication becomes difficult due to its ability to cut through nets, remain undetected and move along the ground from one water body to another. In natural environments, such as lakes and rivers, the catfish aggressively preys on endemic species and has a very high reproduction rate. Their special breathing capability aids them in surviving on land and in shallow muddy waters for prolonged times. In general, invasive species are found to be highly tolerant to degraded environments (such as turbid waters), which gives them an edge over endemic species when competing for the same resources. ALSO SEE: HEALTH BENEFITS AND SIDE EFFECTS OF ROHU FISH

Panla Fish Benefits And How To Prepare It