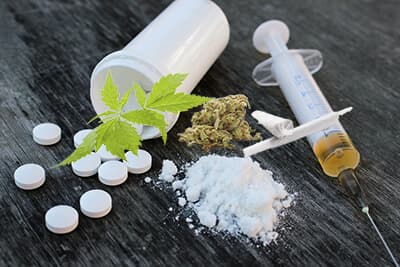 What is drugs of abuse?

A drug of abuse refers to any drug that is taken for non-medicinal reasons (usually for mind-altering effects). When these psychoactive substances are taken in or administered into one’s system, affect mental processes, e.g. perception, consciousness, cognition or mood and emotions. Psychoactive drugs belong to a broader category of psychoactive substances that also include alcohol and nicotine.

Production, distribution, sale or non-medical use of many psychoactive drugs is either controlled or prohibited outside legally sanctioned channels by law. Psychoactive drugs have different degrees of restriction of availability, depending on their risks to health and therapeutic usefulness, and classified according to a hierarchy of schedules at both national and international levels. At the international level, there are international drug conventions concerned with the control of production and distribution of psychoactive drugs: the 1961 Single Convention on Narcotic Drugs, amended by a 1972 Protocol; the 1971 Convention on Psychotropic Substances; the 1988 Convention against Illicit Traffic in Narcotic Drugs and Psychotropic Substances.

Research has shown that some drugs of abuse can be used beneficially for medical purposes. The list of three medical uses for drugs of abuse include:

MDMA for Post-Traumatic Stress Disorder (PTSD): MDMA (3-4 methylenedioxymethamphetamine) is a synthetic, psychoactive drug with a chemical structure similar to the stimulant methamphetamine and the hallucinogen mescaline. MDMA is an illegal drug that acts as both a stimulant and psychedelic, producing an energizing effect, as well as distortions in time and perception and enhanced enjoyment from tactile experiences. It is known commonly as Ecstasy and Molly.

MDMA was first synthesized by a German company in 1912, possibly to be used as an appetite suppressant. It has been available as a street drug since the 1980s, and use escalated in the 1990s among college students and young adults. Then, it was most often distributed at late-night parties called “raves”, nightclubs, and rock concerts.

According to results from a series of studies that involve treating PTSD in veterans who haven’t responded to conventional therapies, MDMA seems to give people a period of time in which they connect with their emotions but are not overwhelmed by them, a sense that ‘this is difficult’, but I can do it. One patient even appeared to be cured after a single dose. Eleven to 20 percent of veterans of the wars in Iraq and Afghanistan show signs of PTSD, often leaving them on lifetime disability.

Use Of Heroin for Opiate Addiction: Heroin is an opioid drug made from morphine, a natural substance taken from the seed pod of the various opium poppy plants grown in Southeast and Southwest Asia, Mexico, and Colombia. Heroin is an extremely addictive substance. It comes in the form of white of brownish powder, or as a black and sticky substance known as “black tar.” Heroin is most commonly injected, though it can also be snorted, smoked, or consumed orally. Studies have shown that compared to methadone, the opiate drug currently used to treat addiction to opiates, patients taking heroin reduced their use of other drugs by a third, with 60 percent of patients stopping the use of all other drugs within the first year. In addition, after four weeks of heroin use, patients no longer experienced any intoxicating effects from the drug, bolstering the theory that they’re not just taking drugs to get high.

Using Psilocybin (Magic mushrooms) for Alcoholism, Depression and  Anxiety: Psilocybin is a hallucinogen found in certain kinds of fungus, commonly known as psychedelic or magic mushrooms. While consuming these mushrooms produces short-term drug “trips,” research has found that magic mushrooms may lead to a long-term greater sense of well-being and help treat depression. Another study found the drug could give people a more “open” personality, making them more likely to quit smoking or treat anxiety and depression in cancer patients. Generally, studies  have shown magic mushrooms can be an effective remedy against long-term cluster headaches, obsessive-compulsive disorder, and even depression and anxiety.