In Nigeria, many people interchangeably use the concepts of ‘drugs’, ‘drug  misuse’ and ‘drug  abuse’, but there are  definite differences between the concepts. Drug misuse is to use a drug for a purpose which it should not be used for. The misuse of drugs means following the medical instructions but the person may not necessarily be looking to ‘get high’ from their use. While drug abuse typically refers to those who do not have a prescription for what they are taking. Not only do they use it in a way other than it is prescribed but  they also use it to experience the feelings  associated with the drug. Euphoria, relaxation, the general feeling of ‘getting  high’  is always associated with  drug  abuse. The abuse  of  drugs  always  results in unavoidable side effects, including dependency and addiction.

Drug  abuse  among  Nigerians  has  been  a  scourge  to  the  overall  sustainable development  of  the  nation. Substance  abuse  is a serious  issue; a global and  international issue particularly in developing countries like Nigeria. Drug abuse is also a major public health, social and  individual  problem and  is  seen  as an  aggravating  factor  for  economic  crises; hence, for Nigeria’s poverty  status. While youth are supposed to be  the  major  agent  of  change and development, some of them have been destroyed by drug abuse(rendering them unproductive). Drug abuse has become a global concern in Nigeria because of its effect on youth and the nation as a  whole.

Around 15% of the adult population in Nigeria (around 14.3 million people) reported  a “considerable level” of use of psychoactive drug substances—it’s a rate much higher than the 2016 global average of 5.6% among adults. The survey was led by Nigeria’s National Bureau of Statistics (NBS) and the Center for Research and Information on Substance Abuse with technical support from the United Nations Office on Drugs and Crime (UNODC) and funding from the European Union. 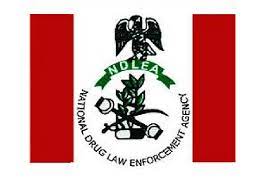 List of Agencies Responsible For Fighting Drug Abuse In Nigeria

NDLEA: The National Drug Law Enforcement Agency (NDLEA) is a Federal agency in Nigeria charged with eliminating the growing, processing, manufacturing, selling, exporting, and trafficking of hard drugs. The agency was established by Decree Number 48 of 1989. The NDLEA is present in international airports, seaports and border crossing. It tries to eradicate cannabis by destroying plantings. The NDLEA also targets the leaders of narcotics and money laundering organizations.

NAFDAC: On January 1, 1994 NAFDAC was officially established as a “parastatal of the Federal Ministry of Health. The organization was established to checkmate illicit and counterfeit products in Nigeria in 1993 under the country’s health and safety law. Adulterated and counterfeit drugs are a problem in Nigeria. In one 1989 incident, over 150 children died as a result of paracetamol syrup containing diethylene glycol. The problem of fake drugs was so severe that neighboring countries such as Ghana and Sierra Leone officially banned the sale of drugs, foods and beverages products made in Nigeria. NAFDAC plays a critical role in preventing the abuse of prescription drugs and pharmaceutical products in Nigeria.

NAPTIP: Human traffickers may also force their victims to smuggle drugs across borders. Human traffickers can use drugs as “bait” to recruit people who have a substance use disorder. Or they can use drugs to force a victim to obey their orders or work harder or for longer hours. The National Agency for the Prohibition of Trafficking in Persons (NAPTIP) was created on 14th of July 2003 by the Trafficking in Persons (Prohibition) Enforcement and Administration Act 2003. The Agency is the Federal Government of Nigeria’s response to addressing the scourge of trafficking in persons. It is a fulfillment of the country’s international obligation under the Trafficking in Persons Protocol to prevent, suppress and punish trafficking in persons, especially women and children, supplementing the United Nations Transnational Organized Crime Convention (UNTOC). Nigeria became a signatory to the Transnational Organized Crime Convention and its Trafficking in Persons Protocol on 13th December, 2000. Article 5 of the Trafficking Protocol enjoins States Parties to criminalize practices and conduct that subject human beings to all forms of exploitation which includes in the minimum sexual and labor exploitation.

The Trafficking in Persons Act 2003 was an outcome of a private member bill sponsored at the National Assembly by the Women Trafficking and Child Labor Eradication Foundation (WOTCLEF), a non-governmental organization founded by Mrs. Amina Titi Atiku Abubakar, the wife of the Vice-President of Nigeria at that time. SEE: 10 Commonly Abuse Drugs In Nigeria

List Of Environmental Agencies In Nigeria And Their Functions