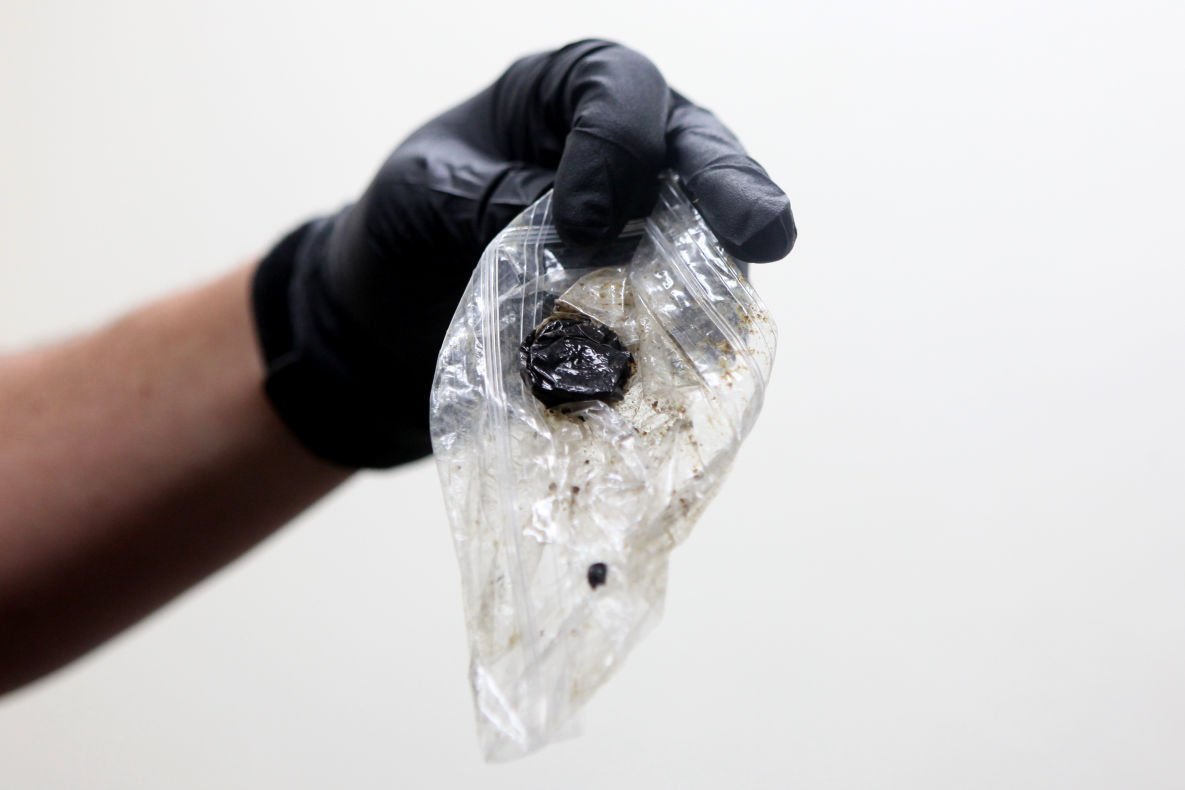 What is Black Tar Heroin?

Black tar heroin is a free base form of heroin that is sticky like tar or hard like coal. Its dark color is the result of crude processing methods that leave behind impurities. Despite its name, black tar heroin can also be dark orange or dark brown in appearance. It is generally less expensive than other forms of heroin. Black tar heroin is impure morphine diacetate. Other forms of heroin require additional steps of purification post acetylation. With black tar, the product’s processing stops immediately after acetylation. Its unique consistency however is due to acetylation without a reflux apparatus. As in home bake heroin in Australia and New Zealand, the crude acetylation results in a gooey mass.

Black tar is a type holds a variable admixture morphine derivatives predominantly 6-MAM (6-monoacetylmorphine), which is another result of crude acetylation. The lack of proper reflux during acetylation fails to remove much of the moisture retained in the acetylating agent, glacial acetic acid. Black tar heroin is often produced in Latin America and is most commonly found in the western and southern parts of the United States, while also being occasionally found in Western Africa. It has a varying consistency depending on manufacturing methods, cutting agents, and moisture levels, from tarry goo in the unrefined form to a uniform, light-brown powder when further processed and cut with lactose.

Pure morphine and heroin are both fine powders. Tar’s unique appearance and texture are due to its acetylation without the benefit of the usual reflux apparatus. The assumption that tar has less adulterants and diluents is a misconception. The most common adulterant is lactose, which is added to tar via dissolving of both substances in a liquid medium, reheating and filtering, and then recrystallizing. This process is very simple and can be accomplished in any kitchen with no level of expertise needed.

The price per kilogram of black tar heroin has increased from one-tenth that of South American powder heroin in the mid-1990s to between one-half and three-quarters in 2003 due to increased distributional acumen combined with increased demand in black tar’s traditional realm of distribution. Black tar heroin distribution has steadily risen in recent years, while that of U.S. East Coast powder varieties has dropped; heroin production in Colombia has decreased as U.S.-funded efforts to eradicate Colombian poppy fields continue.

Black tar heroin is a dangerous type of heroin. Heroin is a potent, highly addictive, and often deadly opioid that’s derived from morphine, which comes from poppy plants. Heroin comes in different forms including white and brown powders, and then black tar heroin as well.

Black tar heroin gets its name from its appearance, which resembles black tar in color and consistency. It’s unique from other forms of heroin, which are initially sold as a powder, and it’s the only type of heroin that comes in solid form.

When someone uses black tar heroin, it’s a very powerful experience. That power, in addition to its low price, is another part of the allure of this type of heroin. It’s less refined than purer forms of heroin, so it’s cheaper to make and therefore cheaper to buy. However, the low price does not mean that its effects are less dangerous.

One of the most detrimental black tar heroin effects, aside from overdosing, is the risk of dependence and addiction. These risks are just as high with black tar heroin as with other types of heroin.

Black tar heroin is also dangerous due to its unknown content. Black tar heroin often contains additives and substances that can cause infections and health problems on their own. SEE: Can You Snort Heroin? 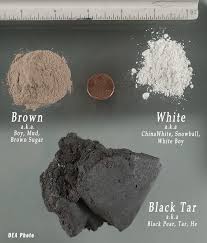 Black tar heroin looks like sticky tar, or it can be hard and look more like coal. The color and consistency of black tar heroin are like that because of the processing methods that leave impurities in it. In some cases, black tar heroin may also look dark orange or dark brown.

The smell of heroin can be one of its defining characteristics, as people often say it has a strong vinegar-like smell.

In many cases, black tar heroin smells more strongly of vinegar and this is because of the chemical processes that are used to make it. Higher-quality heroin that’s purer tends to have been washed after it’s synthesized, so it may have minimal odor. Black tar heroin, since it is less pure and may have additives, will usually have a stronger smell. Depending on what it’s mixed with, the black tar heroin smell may differ from batch to batch slightly, but regardless of what the exact smell seems like, it will still be more pungent than purer heroin. READ:  How To Spot Fake Heroin