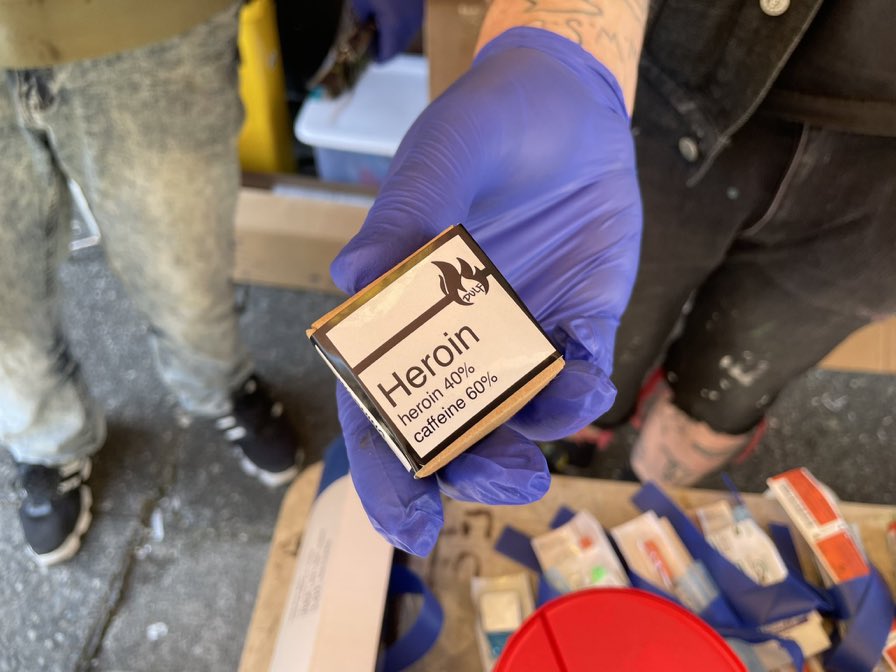 Although heroin itself wasn’t invented until 1874, the history of its predecessors — opium and morphine — goes back about 5,400 years. Starting around 3400 B.C., opium poppies were grown by the Mesopotamians and Sumerians in what is now the Middle East. From there, it spread to many other cultures, including Egypt, Greece, and India. Western civilizations, including the British Empire, obtained much of their opium from India.

Around 1805, the French pharmacist Friedrich Sertürner discovered how to isolate one of opium’s active ingredients: morphine. Morphine was used widely to treat pain and to cure opium addiction before its own addictive properties were known. Morphine saw use in the United States during the American Civil War when it was used to manage pain from battle wounds.

In 1874, the English chemist Charles Romney Alder Wright performed experiments that involved mixing morphine with different acids. He invented a new chemical called diacetylmorphine, also known as diamorphine or heroin. This drug was similar in structure to morphine but was two to three times stronger. SEE: What Does Black Tar Heroin Look Like (Pictured)

Where Does Heroin Come From?

Like many other opiates, heroin comes from the opium poppy. Opium, from poppy seeds, contains several opioid compounds, including morphine and codeine. Morphine is extracted from opium using diluted acid. Reacting morphine with other acids creates heroin. Essentially, heroin is morphine with a small chemical compound added to it.

After a few decades of legal use, heroin use and misuse rose rapidly. It became clear that heroin was a highly addictive substance. The United States government made heroin illegal in 1924. It remains illegal to this day. Drug testing determines the presence or absence of specified parent drugs or their metabolites. A drug test specifically looks for the presence of one or more illegal or prescription drugs. Urine testing is the most common type of drug screening. Drug screening is used to find out whether or not a person has taken a certain drug or drugs. It may be used for:

What does heroin show up as on a drug test?

When a drug like heroin enters the body, it gets altered (metabolized). This alteration results in other substances called drug metabolites. These drug metabolites may either be inactive or they may be similar or different from the original drug (heroin) in terms of toxicity or therapeutic activity. Some metabolites stay in the body long after the parent drug has been expelled from the system. Therefore, there is a higher probability of getting a positive result by looking for the metabolites of heroin instead of the parent drug. In the drug testing industry, many drug tests will look for the presence of certain drug metabolites as a reliable indicator that a person used the “parent drug” of that metabolite.

6-Monoacetylmorphine (6-MAM ) is one of three active metabolites of heroin, the presence of 6-MAM is conclusive evidence of prior heroin use. However, due to its short half-life, it is only detectable in urine for about 8 hours after administration.

The rate at which heroin exits the body, of course, affects how long it will take before the substance is no longer detectable in various drug tests. The drug tests approved by the Food and Drug Administration (FDA) for heroin are those for the blood, saliva, urine, and hair follicle. Newer, more advanced tests can detect traces of heroin in the system for a longer period of time since the last dose. Many tests now look for heroin metabolites, which are created when the liver metabolizes the drug. These stay in the system much longer than the actual intoxicant.

Most of the time, heroin is no longer detectable in a person’s urine after just 2 days. However, certain tests have been known to have a positive result for this drug for up to 7 days. Blood and saliva tests aren’t often used for heroin due to the fact that this opioid, like many others, has such a short half-life. It can therefore take only 5-6 hours for the drug to become undetectable in these fluids, though they can possibly be found for up to 2 days. The only test that works for longer than a week is the hair follicle test, which can detect heroin for up to 3 months or more. However, there are many possible factors that can interfere with hair tests. It’s also important to note that heroin can generally be detected much longer in the systems of long-term, heavy users. This is because excessive use causes the drug to be stored in fatty tissues that take much longer to be flushed out than substances that are merely in the blood and other bodily fluids. SEE: What Does MTD Mean On A Drug Test?

*These are approximate detection times for the drug or metabolites in urine. The actual detection time depends on the dose, frequency of use, and individual metabolism.