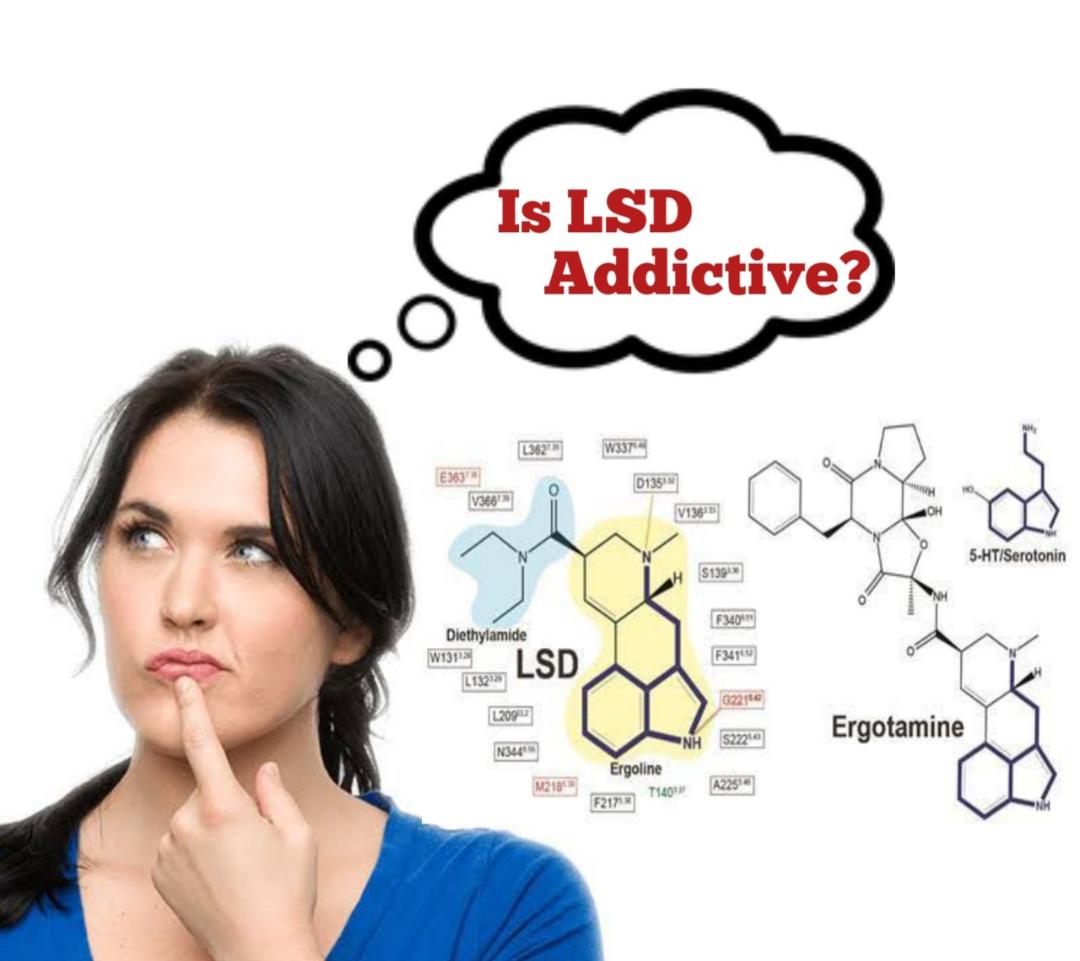 The psychedelic drug (or entheogen) lysergic acid diethylamide (LSD) was first synthesized on November 16, 1938 by the Swiss chemist Albert Hofmann in the Sandoz (now Novartis) laboratories in Basel, Switzerland. It was not until five years later on April 19, 1943, that the psychedelic properties were found.

LSD (Lysergic acid diethylamide) is a synthetic chemical, made from a substance found in ergot, which is a fungus that infects rye (grain). LSD belongs to a group of drugs known psychedelics. When small doses are taken, it can produce mild changes in perception, mood and thought. When larger doses are taken, it may produce visual hallucinations and distortions of space and time.

Sometimes, what is sold as LSD can actually be other chemicals such as NBOMe or the 2C family of drugs (part of the new psychoactive substances). These can be quite dangerous, as their quality is inconsistent, plus the potential to take too much of these other substances can be fatal and a number of deaths have been reported due to people taking them.

In its pure state, LSD is a white odourless crystalline substance. However, LSD is so potent that an effective dose of pure drug is so small it is virtually invisible. As a result it is usually diluted with other materials. The most common form of LSD, is drops of LSD solution dried onto gelatin sheets, pieces of blotting paper or sugar cubes, which release the drug when they are swallowed. LSD is also sometimes sold as a liquid, in a tablet or in capsules.

LSD is often sold on the street in small tablets (“microdots”), capsules or gelatin squares (“window panes”). It is sometimes added to absorbent paper, which is then divided into small squares decorated with designs or cartoon characters (“loony toons”). Occasionally it is sold in liquid form. But no matter what form it comes in, LSD leads the user to the same place—a serious disconnection from reality.

The effects of LSD are unpredictable and depend on the amount taken; the person’s personality, mood, and expectation; and the situation in which the drug is used. Effects are usually felt within 30 to 40 minutes after taking the drug. The LSD experience is often called a “trip” and can last up to 12 hours.

A “bad trip” may contain terrifying thoughts, feelings, and fears. Also, LSD can cause flashbacks, in which the person suddenly relives certain aspects of the experience without having taken the drug. Flashbacks may occur a few days or more than a year after use of LSD.

The Drug Enforcement Agency (DEA) classified LSD as a Schedule 1 drug, meaning LSD has a high potential for abuse, has no currently accepted medical treatments, and has a lack of accepted safety for use under medical supervision. LSD users can become psychologically addicted to the drug’s hallucinogenic effects and suffer numerous consequences because of it.

However, despite being an illegal Schedule 1 substance, there has been a resurgence of interest in potential therapeutic uses for LSD, such as for the treatment of alcoholism and depression. In 2016, The Beckley/Imperial Research Programme published the world’s first images of the human brain on LSD,  revealing some of the key mechanisms behind its profound consciousness-altering effects. Collaborating with world-class researchers and universities, the Beckley Foundation has also produced studies into the effects of LSD on anxiety, synesthesia, ego dissolution, vision and music perception, and will now look at the effects of the compound on mood (including depression, anxiety, and vitality), cognitive functions, creativity and general wellbeing. READ: Does LSD (Acid) Show Up On A Drug Test

Risk Factors For LSD Use and Addiction

People of any age, sex or economic status can become addicted to LSD. Certain factors can affect the likelihood and speed of developing an LSD addiction they include:

Predicting what kind of experience a person will have after taking LSD can’t be guaranteed, so experts recommend that people with a personal or family history of mental illness should be aware of their vulnerability to potential latent psychological issues emerging or being triggered

Treatment begins with recognizing there is a problem. Once you decide you want to do something about your LSD use, the next step is getting help and support.

Treatment programs use behavior change techniques through counseling (talk therapy). The goal is to help you understand your behaviors and why you use LSD. Involving family and friends during counseling can help support you and keep you from going back to using (relapsing).

Because LSD use may cause mental problems, medicines may be also prescribed to help treat symptoms of anxiety, depression, or schizophrenia. ALSO READ What is 1P-LSD : Health Risks, Side Effects, Legality

Is Trazodone An Addictive Drug?
Is LSD Addictive
May 15, 2021 Family & Community HealthPublic HealthComments Off on Is Lysergic Acid Diethylamide (LSD) Addictive?