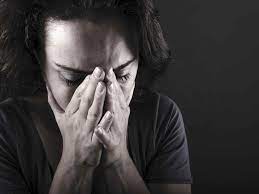 The term “addiction” can mean many things to many people. Addiction is the repeated involvement with a substance or activity, despite the substantial harm it now causes, because that involvement was (and may continue to be) pleasurable and/or valuable.

Substance addiction includes any substances that are taken into the body. This may include street drugs, nicotine; and some prescription medications when used improperly. An activity addiction includes activities such as gambling, sex, the internet, pornography, and shopping. Sometimes people call these “process addictions.” Notice that it is quite possible to live a full and satisfying life without using any of these substances, or activities.

However, there are also substances and activities that are essential to our very survival and even these things can become addictions. For instance, obese people often describe food as a type of addictive substance but clearly no one can live without food. Other people describe romantic relationships with a dependency so deep and damaging that their relationship could represent an addictive activity. Obviously many people engage with these substances and activities at various times in their lives. Most do not develop any significant problems or difficulties.

Clonidine was originally developed in 1962 for use as a nasal decongestant. However, rapid recognition of its ability to reduce blood pressure led to the FDA approval of this agent for the treatment of hypertension in 1974. During the 1970s, clonidine gained popularity as treatment for hypertension since it was not linked with the postural and exercise-induced hypotension common in other antihypertensive regimens.

High blood pressure is a common condition and when not treated, can cause damage to the brain, heart, blood vessels, kidneys and other parts of the body.  Damage to these organs may cause heart disease, a heart attack, heart failure, stroke, kidney failure, loss of vision, and other problems. In addition to taking medication, making lifestyle changes will also help to control your blood pressure. These changes include eating a diet that is low in fat and salt, maintaining a healthy weight, exercising at least 30 minutes most days, not smoking, and using alcohol in moderation.

Clonidine treats high blood pressure by decreasing your heart rate and relaxing the blood vessels so that blood can flow more easily through the body. Clonidine extended-release tablets may treat ADHD by affecting the part of the brain that controls attention and impulsivity.Clonidine extended-release (long-acting) tablets (Kapvay) are used alone or in combination with other medications as part of a treatment program to control symptoms of attention deficit hyperactivity disorder (ADHD; more difficulty focusing, controlling actions, and remaining still or quiet than other people who are the same age) in children.

This question was raised by a reddit user who complained about her body’s reaction to Clonidine. She wrote ‘‘Last week I was given my prescription of Clonidine which was dosed to two .1mg a day. In that week, I’ve averaged almost 8 a day and I’ve almost run out. It was diagnosed for anxiety and things have been very stressful, but I’ve realized at this point that I’ve just been chasing the high. I’m freaked out, because clearly I’m addicted to a significant level, and, now that I’m almost out, I’m freaking out on top of that because withdrawal from this is dangerous and cold turkey is very much not recommended.

I’m not really sure what to do. Is going into detox an overreaction? Have I been taking enough to where that’s necessary? I was thinking I’d taper off with the last 6 I have, two a day. I’m just afraid that won’t be enough.

I just want to add that prior to this I’d been taking my clonidine mostly as prescribed, with one or two additionally on occasion. This is the first time it’s gotten this excessive.” She concluded.

Clonidine is an unscheduled drug, meaning that the U.S. Drug Enforcement Administration has NOT designated Clonidine as a major drug of abuse. Clonidine does not have a significantly high potential for abuse even though there is some limited evidence to demonstrate that intentional misuse may occur when the drug is used in conjunction with other substances because people who abuse Clonidine are also likely to misuse other addictive substances like heroin or prescription painkillers, which have a very high addictive potential.

In 80 percent of cases, a treatment clinic will use medications like Clonidin to reduce withdrawal symptoms, according to the Substance Abuse and Mental Health Services Administration (SAMHSA). However, prolonged misuse of clonidine can cause serious physical dependence and withdrawal symptoms. In 2017, an electronic device called the NSS-2 Bridge became available to reduce opiate withdrawal. The device sits behind the ear and gives off electrical pulses to trigger certain nerves that might provide relief from withdrawal symptoms. Some Clonidine withdrawal symptoms can even become so severe as to cause death. SEE:Is Clonidine A Benzodiazepine?

Is Clonidine A Controlled Substance?

Is Clonidine A Benzodiazepine?