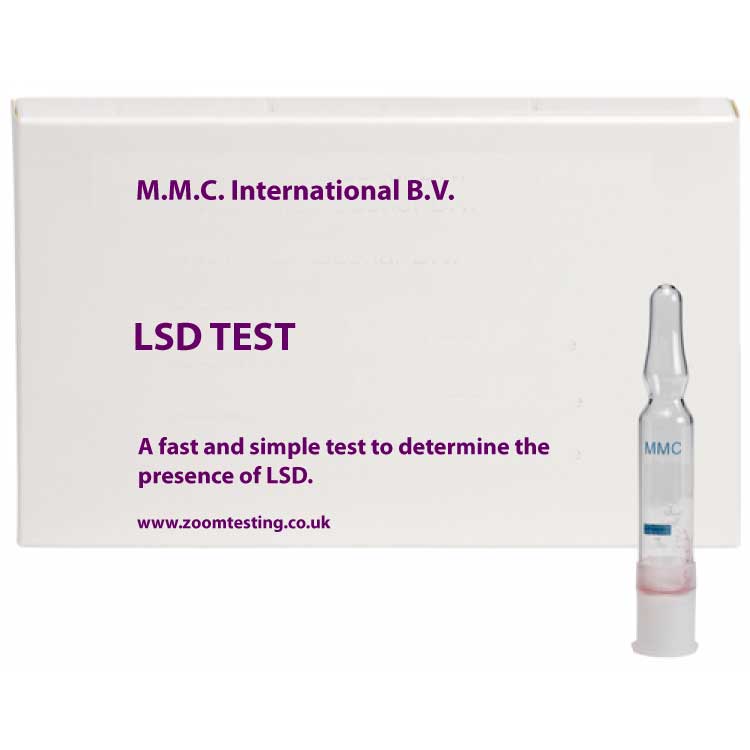 LSD is one of the most potent, mood-changing chemicals. It is manufactured from lysergic acid, which is found in the ergot fungus that grows on rye and other grains. It is produced in crystal form in illegal laboratories, mainly in the United States. These crystals are converted to a liquid for distribution. It is odorless, colorless, and has a slightly bitter taste.

Known as “acid” and by many other names, LSD is sold on the street in small tablets (“microdots”), capsules, or gelatin squares (“window panes”). It is sometimes added to absorbent paper, which is then divided into small squares decorated with designs or cartoon characters (“loony toons”). Occasionally it is sold in liquid form. But no matter what form it comes in, LSD leads the user to the same place—a serious disconnection from reality.

LSD users call an LSD experience a “trip,” typically lasting twelve hours or so. When things go wrong, which often happens, it is called a “bad trip,” another name for a living hell.

LSD is classified as a Schedule I drug, meaning there is no currently accepted medical use. While LSD is not considered addictive, it can have intense effects and a potential for long-term physical and mental consequences. Tolerance to the drug builds quickly, which means that it takes increasingly higher doses to experience the same effects.

How Long Does It Take to Feel Effects?

LSD is usually swallowed as a capsule or liquid or absorbed in your mouth on a paper square. Users feel the effects of LSD 20 to 90 minutes after taking a dose, peaking at two to four hours, and diminishing over six to eight hours.

In addition to sensory and mood effects, LSD use may also result in:

While on an LSD acid trip, people can have rapid emotional shifts, intensified and distorted sensory experiences, and changes in the perception of time. If a large dose of LSD is taken, it can produce some very unpleasant effects, sometimes called a “bad trip.” But some people can experience a bad trip no matter how much they consumed.

LSD can also produce delusions and visual hallucinations, which can cause some people to panic. People can also experience severe, terrifying thoughts and feelings of despair, fear of losing control, or fear of insanity and death.

One long-term but the rare danger of LSD use is a condition called hallucinogen persisting perceptual disorder (HPPD) in which flashbacks persist and produce distress or impairment for the user in social or occupational functioning.

How Long Does LSD Last?

The half-life of LSD is around 5.1 hours. The effects can last up to 12 hours. Research has found that peak levels following a single dose occur at a median of 1.5 hours after administration.

After peaking, drug levels decline and reach half of the peak levels at approximately 3.6 hours after administration but the effects of the drug can last for up to 12 hours.

Once orally ingested, the substance is quickly absorbed through the gastrointestinal tract and mucous membranes. The drug reaches the bloodstream and organs quickly, about 10 to 15 minutes after being ingested. The drug is primarily processed by the liver, where it is metabolized into a number of other inactive metabolites.

Within 24 hours, almost all the drug has been metabolized and excreted. Approximately 13% of the drug is eliminated as a metabolite 2-oxo-3-hydroxy-LSD (O-H-LSD). Research suggests that this byproduct is present in urine samples at concentration levels 16 to 43 times higher than LSD.

Researchers have attempted to develop different methods for detecting LSD, but the fact that the drug is unstable, broken down so quickly, and usually taken in relatively small amounts presents challenges.

Urine: LSD can generally be detected in urine tests within eight hours of use and up to two to four days after use.

Blood: In one study, researchers found that LSD was detectable in blood samples taken 16 hours after participants had been given 200mcg of LSD. For those given a smaller dose of 100mcg, researchers were able to detect the substance in blood tests 8 hours after administration. Because levels decline steadily over time, the ability to detect the substance dropped considerably after the 16-hour mark.

Hair: LSD, like many other drugs, can be detected with a hair follicle drug test for up to 90 days. However, the use of hair testing is relatively rare. Because the drug is often taken at such low doses, it can be very difficult to detect in both research and forensic settings. While hair tests may occasionally be used to check for LSD, they tend to be costly and their results may be unreliable.

There are some medications that may cause false-positive urine drug screens for LSD, including:

As a result, positive LSD results are critically evaluated and initial positive results must be confirmed by a second independent testing technique. Always disclose any prescription or over-the-counter medications you are taking to the lab so clinicians can accurately interpret your drug screen results.

There are a number of different factors that can affect how long LSD can be detected in the body. How soon LSD is eliminated depends on your metabolism and factors such as your weight, whether you are well-hydrated, and how healthy all of your bodily systems are.

Keep in mind that if you have any other drugs in your system, they may be detectable on drug screens for longer than LSD and might influence how long LSD stays in your system. You cannot be assured of the purity of an illegally manufactured drug and there may be other detectable substances in LSD doses.

With LSD, timing is a key factor that influences whether the drug will be detectable by screening tests.

After 24 hours, the drug will no longer be detectable in blood tests. After 72 hours, the drug is much more difficult to detect on urine tests. Some other factors that can influence detections times for LSD include age, liver function, and metabolism. Here is an overview of the impact they have on detection.

Younger people metabolize LSD faster than those over the age of 65. This is due to the fact that younger people typically have faster metabolisms and better liver function than older adults.

The liver plays a key role in the metabolism of LSD, so the drug may be detectable longer in those with reduced or impaired liver function.

As with other substances, overall metabolism plays a part in determining how quickly LSD is cleared from the body. People with faster metabolisms may process the drug much more quickly than those with slower metabolisms.

How to Get LSD Out of Your System

If you need to get LSD out of your system quickly, there are some steps that you can take to possibly speed up the process.

Discontinue use: With LSD, timing is the critical factor. It is much harder to detect the drug after 24 hours from your last use on blood tests. So, the sooner you stop using, the better.

Stay hydrated: As with other drugs, hydration levels can have an impact on how quickly LSD is metabolized. Because LSD and its metabolites are excreted through urine, drink plenty of fluids to flush the drug out.

The use of LSD at high doses and in combination with some other substances, including some antidepressants, can lead to a potentially dangerous phenomenon known as serotonin syndrome.

This condition is caused when there is too much serotonin in the body, resulting in symptoms including confusion, muscle spasms, tremors, rapid heartbeat, and nausea.

While there is no known lethal dose of LSD, taking too much can result in a terrifying experience that is commonly known as a “bad trip.” This experience is dangerous because it may result in hallucinations, self-harm, risky behaviors, or suicide.

Self-destructive behaviors like running away from home, cutting, or talking about suicide need to be addressed, whether or not bullying is the root cause.

Potential symptoms that may occur after a “bad trip” can include:

If you suspect that someone is having an adverse reaction to LSD use, contact emergency services right away. Stay with the person and try to keep them calm until help arrives. SEE: Does Nicotine Show Up On A Drug Test