How Sugar Mummies On Whatsapp are Killing Young Nigerians 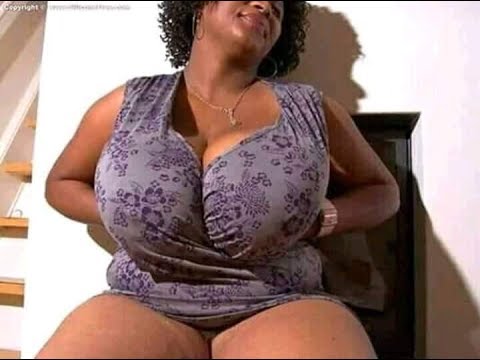 The craze for Sugar mummies on whatsapp has taken a dangerous dimension in Nigeria, following the unfortunate events that have trailed the emerging trend. For the purpose of emphasis, a sugar mummy is someone who is an older woman who spends money on a younger person, usually in exchange for companionship and/or sexual favors. Connecting with sugar mummy can be through any means but in Nigeria, whatsapp and other social media channels are some of the major ways young and improvised young men seek for a life out of poverty and joblessness. Unfortunately, instead of the good life and wealth they seek, young men in Nigeria are gradually discovering that the sugar mummies they were communicating with were actually men with malevolent intentions which often involve deadly consequences. In this article we will be exposing how sugar mummies on whatsapp could get you killed;

How Sugar Mummies On Whatsapp are Killing Young Nigerians

They Sometimes Want Blood Not Sex

Many young Nigerians think some of the people they are communicating with on whatsapp are sex deprived old women looking for companionship, unfortunately they are wrong. Many of these contacts are actually men and sometimes women seeking for victims for ritual purposes. One of the easiest ways to lure an unsuspecting male victim is by luring him with the sugar mummy tag, unfortunately many have fallen for this trick and have paid the ultimate price. It is often difficult for law enforcement agencies to track these ritual killers because most times these secret forums for such scams are often nonexistent or wiped out once a mission is accomplished. In 2004 the homicide rate for female sex workers in the United States was estimated to be 204 per 100,000. Although there are no available statistics on sugar boy killing in Nigeria, the recent deaths related to sugar mummy numbers on whatsapp groups is an eye opener to the atrocities going on there.

They are most times infected with deadly diseases

One of the reasons why HIV/AIDS is rampant among young men in Nigeria today is because of the growing trend of sugar mummies in Nigeria. 12% of sex workers in low and middle-income countries are living with HIV according to UNAIDS, with rates ranging from 2.8% in India to 7.3% in Ukraine to 24.5% in Nigeria to 50.8% in Rwanda. Across the world, the HIV prevalence among sex workers including sugar boys is 12 times higher than that of the general population on average. The prevalence is at least 50 times the general population in four countries. An estimated 50% of sex workers living with HIV are in sub-Saharan Africa, and 92% of all HIV/AIDS deaths attributed to sex work occur among African women. As this group of men engages in a large number of sexual encounters, with sugar mummies they place themselves at high risk of acquiring, and spreading, sexually transmitted diseases like  Chlamydia, Gonorrhea, Herpes, Trich, Human papillomavirus (HPV) infection, and Syphilis.

Being a sugar boy for a sugar mummy completely ruins the mans reputation and most times destroys his family, especially for the married. It makes them to become insecure about their unique look. Because being a sugar boy transforms one from a dignified human being to a sexual toy or object. It destroys the relationships that they have labored to build and almost immediately ostracize them from their support systems once it is out. Sex work is a high-risk occupation for mental health problems as sex workers are vulnerable to high rates of violence, sexual coercion, stigma and HIV. A recent study concluded that there is a high prevalence of anxiety, depression and suicidal ideation by sex workers.

As a woman gets older, she is at increased risk for miscarriage, birth defects, and pregnancy complications. A woman’s risk of having a baby with chromosomal abnormalities increases with her age. Down syndrome is the most common chromosomal birth defect, and a woman’s risk of having a baby with Down syndrome is: At age 20, 1 in 1,441, at age 50, 1 in 44. Fathering a child with an old sugar mummy is a risky venture and as long as sex is involved in the relationship, pregnancy is always a possibility. For sugar mummies badly in need of a child of their own, fathering a child is the primary responsibility of the sugar boy.

Substance use, Abuse and Trafficking

Unknown to many young boys looking for female Whatsapp numbers and sugar mummies in Nigeria, the affluent lifestyles of many of these sugar mummies are funded by illegitimate wealth. A promised leisure trip to Dubai, New York, or London could easily be a one way ticket to life imprisonment or even death depending on the country where the bubble burst. Most drug trafficking sugar mummies will often hide illicit drugs in their victims luggage using them as a trafficker so that in the event the narcotics are discovered, they walked free while the unsuspecting victim rots in jail or even lose their lives in countries where the death penalty applies. In recent times, Nigerians have reportedly topped the list of foreigners arrested for drug smuggling over the past five years. Drug trafficking is on the rise in Nigeria, along with criminal groups using the country as a base to move narcotics to neighboring regions. As a consequence of cross-border trafficking, illegal drugs are easily available within the country. Though cannabis is the primary drug used in Nigeria, the use and trafficking of other illicit drugs  such as cocaine, heroin and methamphetamines is increasing.