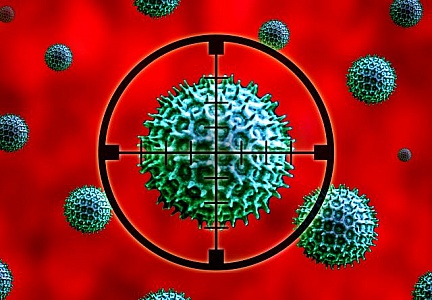 According to the Centers for Disease Control (CDC), about one in every six people aged 14 to 49 years have genital herpes in the United States, while the World Health Organization (WHO) estimates that about 140 million people primarily in the Americas, Europe, and Western Pacific aged between 15-49 years are infected with the HSV-1 virus.

As established earlier, herpes spreads through sexual relationships which could either be oral, vaginal, or anal sex with someone who has the disease. Primarily, the disease spreads as a result of coming in contact with the body fluids of an infected person. Unfortunately, most infected individuals do not know they are carrying the virus until major symptoms start manifesting. Once entry into the body via the skin is perfected, the virus travels along nerve paths and could either become dormant (inactive) and remain within the nerves indefinitely or become active from time to time leading to the development of clinical symptoms. See: Herpes Outbreak On Penis

As a result of its unique characteristics, symptoms of herpes infection come and go over a person’s lifetime due to the tendency of the virus to switch between active and dormant modes periodically. Typically, the initial infection with herpes may lead to the development of swollen lymph nodes, fever and body ache in response to the invasion of the virus into the body. In general, the symptoms of genital herpes include;

READ: How long does a herpes outbreak last without medicine

Women who have been diagnosed with genital herpes should inform their doctors on their first prenatal visit. This is very important because herpes infections have been linked to miscarriage and preterm births but more importantly, the virus can be transmitted to the unborn child leading to a condition known as neonatal herpes, a potentially deadly condition. To reduce the risk of infection, most women with genital herpes deliver their babies through the caesarian section (CS).

According to a study published in the Cancer Journal for Clinicians, women who develop herpes are more likely to develop cervical cancer in later years. A further review of the data suggests a widespread association between the herpes viruses and cancer. In addition, prostate cancer cells have also been found to contain herpes virus particles suggesting a strong link between prostate cancer in men and herpes infection. Also Read: Can You Get Genital Herpes From Kissing?

Because of the complex nature of this disease, it can be easily misdiagnosed even by an experienced physician. The common practice adopted in diagnosing this disease is by recognizing the skin changes in the genital area. However, genetic amplification and viral cultures may be carried out to determine the presence of the virus.

Unfortunately, there is currently no cure for genital herpes. However, antiviral medications are commonly used to reduce the severity of the symptoms and make living with the disease more manageable. SEE: Blue Waffle Disease Pictures

Abstinence from sexual intercourse and faithfulness to a sexual partner is the only way to prevent or significantly reduce the risk of genital herpes. The ability of condoms to reduce the risk of infection is minimal because condoms may prevent contact with body fluids during sexual activity, but such protection does not go beyond the areas of skin covered by the condom. Read: Can You Get Herpes From A Toilet Seat?

What is HPV? Causes, Treatment, Prevention