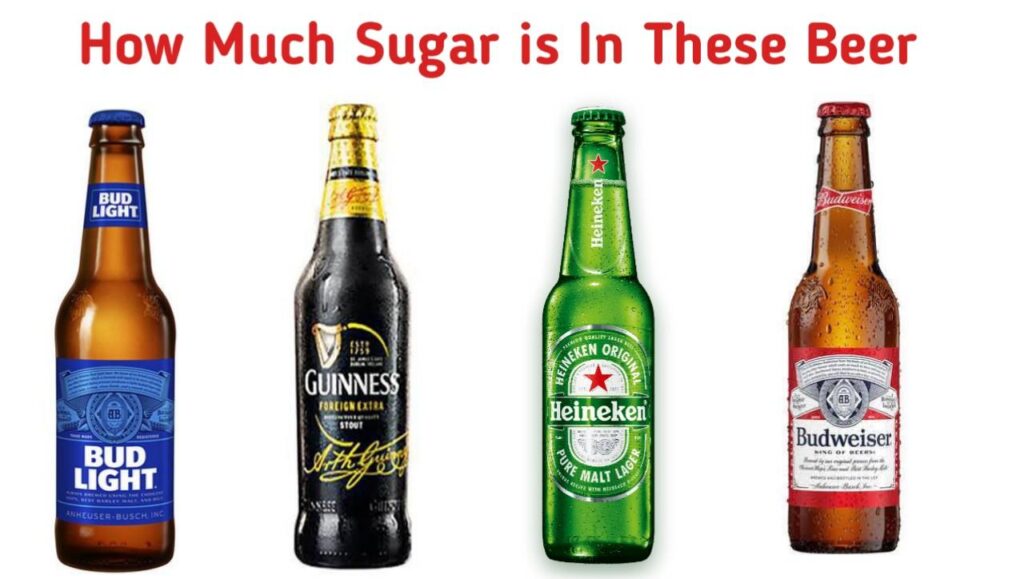 Beer is one of the oldest and most widely consumed alcoholic drinks in the world, and the third most popular drink overall after water and tea. Beer is brewed from cereal grains most commonly from malted barley, though wheat, maize, and rice are also used. Even though sugar is not included in the ingredient list, it is created naturally when the grains are processed and fermented by yeast.

To get technical, sugar in beer is created by something called beer gravity. This term refers to the density of the liquid extracted from the mashing process during the brewing of beer known as the wort. When the wort has a lot of sugar, it’s known as a high gravity wort. Once yeast is introduced into the batch, sugar content generally decreases while the alcohol content goes up. After the fermentation process is complete, beer is typically comprised of 80% fermentable sugars and 20% of oligosaccharides, which is a type of carbohydrate.

However, according to the World Health Organization, alcohol consumption is a causal factor in more than 200 disease and injury conditions. Drinking alcohol is associated with a risk of developing health problems such as mental and behavioral disorders, including alcohol dependence, major non communicable diseases such as liver cirrhosis, some cancers and cardiovascular diseases, as well as injuries resulting from violence and road clashes and collisions.

A significant proportion of the disease burden attributable to alcohol consumption arises from unintentional and intentional injuries, including those due to road traffic crashes, violence, and suicides, and fatal alcohol-related injuries tend to occur in relatively younger age groups.

High-sugar drinks including alcohol have been associated with an increased risk of many diseases, including heart disease, the number one cause of death worldwide. Foods with a high glycemic index, such as processed sweets, raise your blood sugar more rapidly than foods with a lower glycemic index. Eating excessive amounts of sugar may increase your risk of developing  type 2 diabetes.

Furthermore, drinks high in sugar including beers increase inflammation in your body and may cause insulin resistance, both of which increase cancer risk. A study in over 430,000 people found that added sugar consumption was positively associated with an increased risk of esophageal cancer, pleural cancer and cancer of the small intestine.

A study following 8,000 people for 22 years showed that men who consumed 67 grams or more of sugar per day were 23% more likely to develop depression than men who ate less than 40 grams per day. Another study in over 69,000 women demonstrated that those with the highest intakes of added sugars had a significantly greater risk of depression, compared to those with the lowest intakes.

Amount of Sugar in Some Selected Brands of Beer

Most countries do not legally require the labeling a beer’s sugar, so knowing the exact amount of sugar can be difficult if not impossible. Here is a list of the carb and sugar content for some of the most popular beers around the world

It’s important to point out that non-alcoholic beer tends to have a very high sugar content while light beer generally has more sugar than regular beer. The list also clearly points out that the more Carbohydrate a beer has, the higher the content of sugar. READ:  Sugar, Alcohol Content, Ingredients & Side Effects of Star Lager Beer

Why You should Not Mix Coke and Mentos, Vitamin C or Guinness
how much sugar is in beer
October 17, 2020 Health FeaturesPublic HealthComments Off on How Much Sugar Is In Bud Light, Heineken, Guinness-Stout, Others