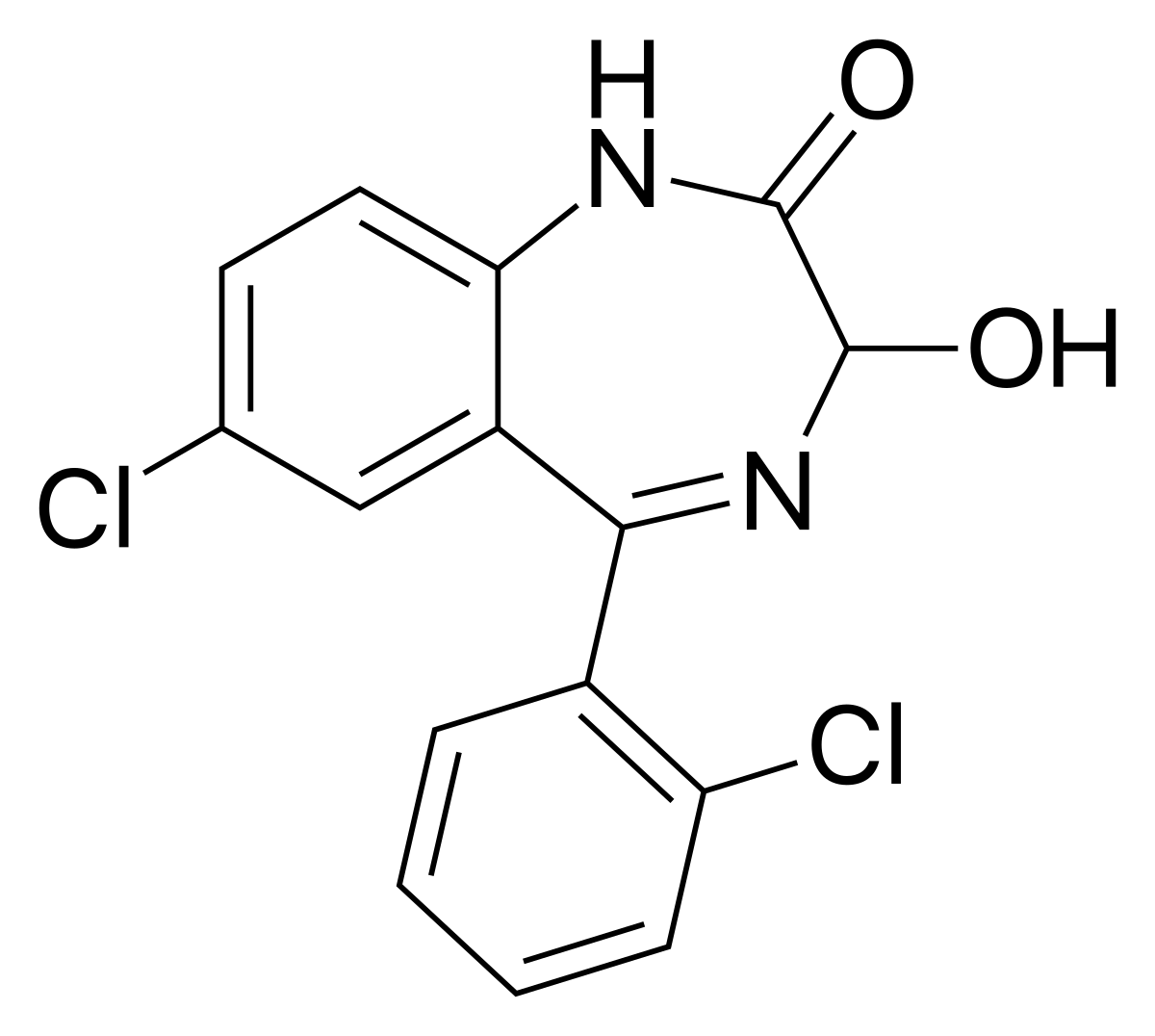 Definition: One of a group of structurally related drugs used mainly as sedatives/hypnotics, muscle relaxants, and anti-epileptics, and once referred to by the now-deprecated term “minor tranquillisers”. These agents are believed to produce therapeutic effects by potentiating the action of gamma- aminobutyric acid (GABA), a major inhibitory neurotransmitter.

Benzodiazepines were introduced as safer alternatives to barbiturates. They do not suppress REM sleep to the same extent as barbiturates, but have a significant potential for physical and psychological dependence and misuse.

Short-acting benzodiazepines include halazepam and triazolam, bothh with rapid onset of action; alprazolam, flunitrazepam, nitrazepam, lorazepam, and temazepam, with intermediate onset; and oxazepam, with slow onset. Profound anterograde amnesia (“blackout”) and paranoia have been reported with triazolam, as well as rebound insomnia and anxiety. Many clinicians have encountered particularly difficult problems on discontinuing treatment with alprazolam.

Long-acting benzodiazepines include diazepam (with the fastest onset of action), clorazepate (also fast onset), chlordiazepoxide (intermediate onset), f1urazepam (slow onset), and prazepam (slowest onset). The long-acting benzo- diazepines may produce a cumulative disabling effect and are more likely than the short-acting agents to cause daytime sedation and motor impairment.

Even when benzodiazepines are taken in therapeutic doses, their abrupt discontinuation induces a withdrawal syndrome in up to 50% of people treated for 6 months or longer. Symptoms are more intense with shorter-acting preparations; with the long-acting benzodiazepines, withdrawal symptoms appear one or two weeks after discontinuation and last longer, but are less intense. As with other sedatives, a schedule of slow detoxification is necessary to avoid serious complications such as withdrawal seizures. .

Some benzodiazepines have been used in combination with other psycho-active substances to accentuate euphoria, e.g. 40-80 mg of diazepam taken shortly before or immediately after a daily maintenance dose of methadone.

Benzodiazepines are frequently misused in conjunction with alcohol or in opioid dependence .

Fatal overdose is rare with any benzodiazepine unless it is taken concurrently with alcohol or other central nervous system depressants.

With which drugs do benzodiazepines interact?

What are some examples of benzodiazepines?

Approved benzodiazepines in the United States include:

What are the dangers of benzodiazepine addiction?

Two serious concerns of benzodiazepine therapy are the potential for abuse and the development of physical dependence. Although intentional abuse of prescription benzodiazepines is relatively uncommon in the general population, it should be used more cautiously in individuals with a history of drug abuse as they are at the greatest risk for seeking benzodiazepines to experience a “high.” Benzodiazepines are rarely the sole drug of abuse, and abusers usually combine benzodiazepines with other drugs to increase the effect. For example, benzodiazepines are combined with certain opioids, a class of strong prescription pain relievers, to enhance the euphoric effects. Among abusers, diazepam (Valium) and alprazolam (Xanax) are most popular due to their rapid onset. For most patients, use of a benzodiazepine for a period of several months does not seem to cause issues of addiction, tolerance, or difficulties in stopping the medication when it is no longer needed. However, several months of use significantly increases the risk for addiction, tolerance, and appearance of withdrawal symptoms with dose reduction or termination of therapy.

Abusers are at higher risk for side effects including confusion, slurred speech, seizures or convulsions, severe drowsiness or coma, shakiness, slow heartbeat, difficulty breathing, and severe weakness. Benzodiazepine addicts also have a higher risk for developing dementia, an illness affecting the brain that causes gradual memory loss and problems with language and motor skills, in the long term.

What are the dangers of benzodiazepine withdrawal?