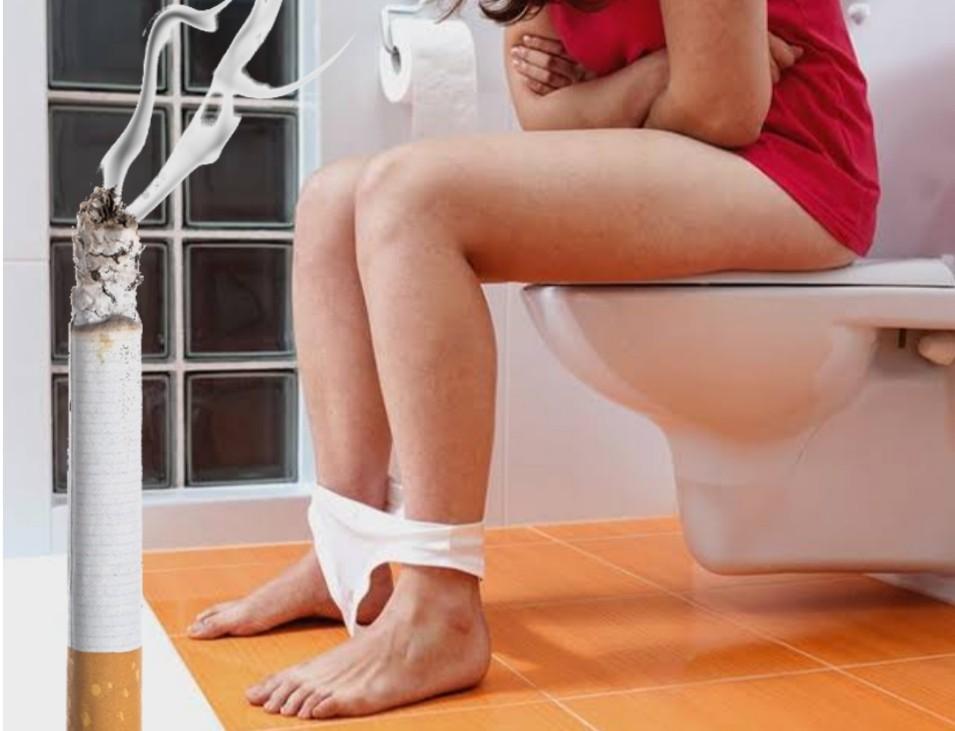 Bowel movements are a necessity of life. They allow you to empty waste from your diet via your intestines. While all people make bowel movements, the frequency varies greatly. Some researchers indicate that anywhere from three bowel movements a day to three a week can be normal. Sometimes the consistency of a person’s stool can be a more significant indicator of bowel health than frequency. However, if a person doesn’t poop often enough or too frequently, both can cause severe health problems.

Smoking, refers to the act of inhaling and exhaling the fumes of burning plant material. A variety of plant materials are smoked, including marijuana and hashish, but the act is most commonly associated with tobacco as smoked in a cigarette, cigar, or pipe. Tobacco contains nicotine, an alkaloid that is addictive and can have both stimulating and tranquilizing psychoactive effects.

The smoking of tobacco, long practiced by American Indians, was introduced to Europe by Christopher Columbus and other explorers. Smoking soon spread to other areas and today is widely practiced around the world despite medical, social, and religious arguments against it.

At the dawn of the 20th century, the most common tobacco products were cigars, pipe tobacco, and chewing tobacco. The mass production of cigarettes was in its infancy, although cigarette smoking was beginning to increase dramatically. According to the ninth edition of the Encyclopædia Britannica (1888), tobacco products were suspected of producing some adverse health effects, yet tobacco was also considered to have medicinal properties. Many scholars and health professionals of the day advocated tobacco’s use for such effects as improved concentration and performance, relief of boredom, and enhanced mood.

By the dawn of the 21st century, in stark contrast, tobacco had become recognized as being highly addictive and one of the world’s most-devastating causes of death and disease. Moreover, because of the rapid increase in smoking in developing countries in the late 20th century, the number of smoking-related deaths per year was projected to rise rapidly in the 21st century. For example, the World Health Organization (WHO) estimated that in the late 1990s, there were approximately four million tobacco-caused deaths per year worldwide. This estimate was increased to approximately five million in 2003 and six million in 2011 and was expected to reach eight million per year by 2030. An estimated 80 percent of those deaths were projected to occur in developing countries. Indeed, although tobacco use was declining in many countries of western Europe and North America and in Australia, it continued to increase in countries of Asia, Africa, and South America.

Why does Smoking Make You Poop?

According to studies, nicotine the chemical in tobacco that makes it hard to quit smoking can also induce bowel movements and make you poop more frequently. Basically nicotine binds to the neurons in your bowels and stimulates the muscles. The food (or poop) in your intestines move faster towards the exit hence making you poop.

However, beyond the discomfort of making you poop frequently, smoking also have a lot negative effects on your gastrointestinal tract.

According to Hopkins Health, smokers tend to get heartburn and peptic ulcers more often than nonsmokers. Smoking makes those conditions harder to treat. Smoking increases the risk for Crohn’s disease and gallstones. It also increases the risk of more damage in liver disease. Smoking can also make pancreatitis worse. In addition, smoking is associated with cancer of the digestive organs, including the head and neck, stomach and pancreas.

Smoking is also one of the major risk factors for colon cancer. Colon cancer is the second leading cause of cancer deaths. Routine screenings, such as a colonoscopy, can identify small, precancerous growths called polyps in the lining of the colon. Also Read: How Does Smoking Affect Your Teeth?

HPV and Smoking: Everything You Should Know