Why Does Adderall Make You Poop Frequently? 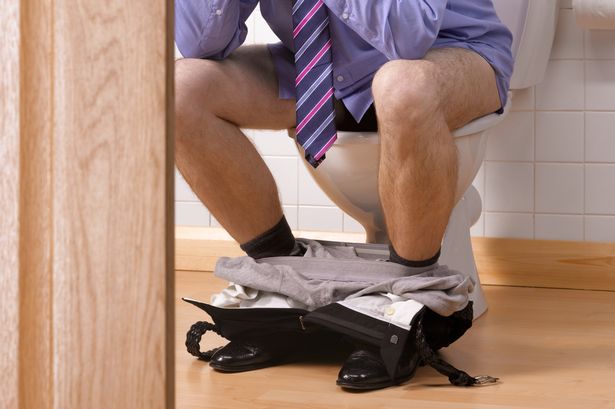 However, your ‘normal’ pattern may be different from these numbers. To say that a person’s bowel movements have become more frequent is based on an increase in that person’s usual pattern, not on a standard definition that applies to everyone. The two main bowel movement conditions are constipation (fewer than three bowel movements per week) and diarrhea (more than three movements of loose stools per day).

Adderall is a combination of two stimulant substances, dextroamphetamine and amphetamine. These stimulants increase the activity of the central nervous system, which controls pathways in your brain and spinal cord that are responsible for most of your bodily functions.

So, when you take a stimulant medication like Adderall, you may have mind and body effects such as:

Adderall is one of the most commonly prescribed medications for ADHD. But it may also be prescribed for other conditions like narcolepsy, a rare sleep disorder that causes daytime sleepiness.

Immediate-release version: You take it 2-3 times per day. The US Food and Drug Administration (FDA) recommends that ADHD patients should start with 5 mg of Adderall once or twice per day and increase as needed up to 40 mg per day. Children as early as 3 years old can take the immediate release version.

Adderall works for many, but not all. According to the Cleveland Clinic, Adderall helps improve symptoms in 70% of adults with ADHD and 70%-80% of children.

Adderall will likely work best if it is combined with other ADHD treatments, like organizational skills training or cognitive behavioral therapy, a type of therapy that helps to change negative thought and behavior patterns.

Does Adderall make you poop frequently?

Yes, Adderall can make you poop frequently as this is one of the most common side effect of the medication. Taking Adderall can sometimes be characterized by abnormally loose or watery stools which often lead to loss of fluids. People can replace fluids by simply drinking more of them. In severe cases, however, a person may need intravenous fluids. Water and oral rehydration solution or salts can help as the small intestine absorbs the water or solution to replace the water and electrolytes lost in the stool.

When to See Your Doctor

Visit your doctor right away if you experience any of the following symptoms:

What are the other side effects of Adderall?

Get emergency medical help if you have signs of an allergic reaction to Adderall: hives; difficult breathing; swelling of your face, lips, tongue, or throat.

Adderall can affect growth in children. Tell your doctor if your child is not growing at a normal rate while using this medicine.

Can A Nurse Practitioner Prescribe Adderall?