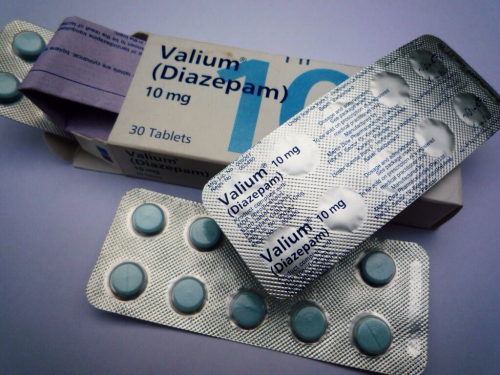 Valium was significantly one of the first psychoactive drugs to be used on a large scale on people who were basically fine. It has since been surpassed by other drugs, like the popular tranquilizer Xanax. Worldwide, more than 2 billion Valium tablets were sold in a single calendar year. More than 500 derivative drugs have been made with diazepam, Valium being the most well-known brand name. The World Health Organization considers Valium to be an essential medicine that should be an inherent part of a basic health system. The drug’s effectiveness and range of conditions it treats have made it a household name.

The widespread use of this drug for both treatment and recreational uses has led millions of people to become dependent on Valium. Many have lost money, years of their lives, and relationships to Valium addiction.

There is a global Valium epidemic with thousands of online stores selling valium and other drugs at will and without prescription. The FDA is warning consumers who purchase Diazepam on the internet of the potential risk that this drug may be counterfeit. The World Health Organization (WHO) has reported 700 adverse events from patients in Central Africa taking mislabeled Diazepam that was actually the anti-psychotic drug, Haloperidol. The patients who mistakenly took Haloperidol suffered acute contractions of the muscles of the face, neck, and tongue (dystonia).

While it has not been confirmed that the counterfeit Valium in Africa was purchased online and FDA has no confirmed reports that these counterfeit products have entered the United States, FDA advises consumers who purchased Diazepam online to check if the pills they received are authentic. The counterfeit tablets are light yellow in color, scored across the center of the tablet on one side, and bear the letters AGOG on the other side.

In general, the street value of Valium ranges from about $3 – $10 with an average street price of $5 for a 5mg tablet. Overseas, online platforms selling illicit valium offer fake pills for as low as $0.5 for a 5mg pill of valium and $1 for a 10mg pill. Purchasing Valium legally with a prescription is around $562 for a supply of 100 5mg Valium tablets, depending on the pharmacy you visit. Prices are for cash-paying customers only and are not valid with insurance plans.

Many people mistakenly think that because it is legal, Valium must be safe and less addictive than street drugs like heroin or cocaine. Due in part to these misconceptions, many people have accidentally overdosed. Valium addiction can also develop even in those who are using the drug as prescribed by their doctor. One of the main reasons the drug is thought to be so addictive is how quickly the body develops a tolerance to it. Addiction can develop as the body becomes used to a dose of the medication and more is required in order to achieve the same effect. This is the main reason why the drug is very rarely prescribed for more than two to four weeks to prevent abuse.

Valium is often abused in combination with additional prescription medications and alcohol. Because Valium depresses the central nervous system, it is especially dangerous to combine with other drugs that do the same. Most overdoses from Valium occur when the drug is mixed with another central nervous system (CNS) depressants like alcohol and opiates.

Treatment centers specializing in Valium recovery can help mitigate withdrawal symptoms and decrease the odds of relapse. Attempting to detox from Valium without professional help can lead to medical problems and falling back into abuse. Connect with a treatment provider who can help you get on track to a sober life. Read: Street Value Of Tramadol 50 Milligrams