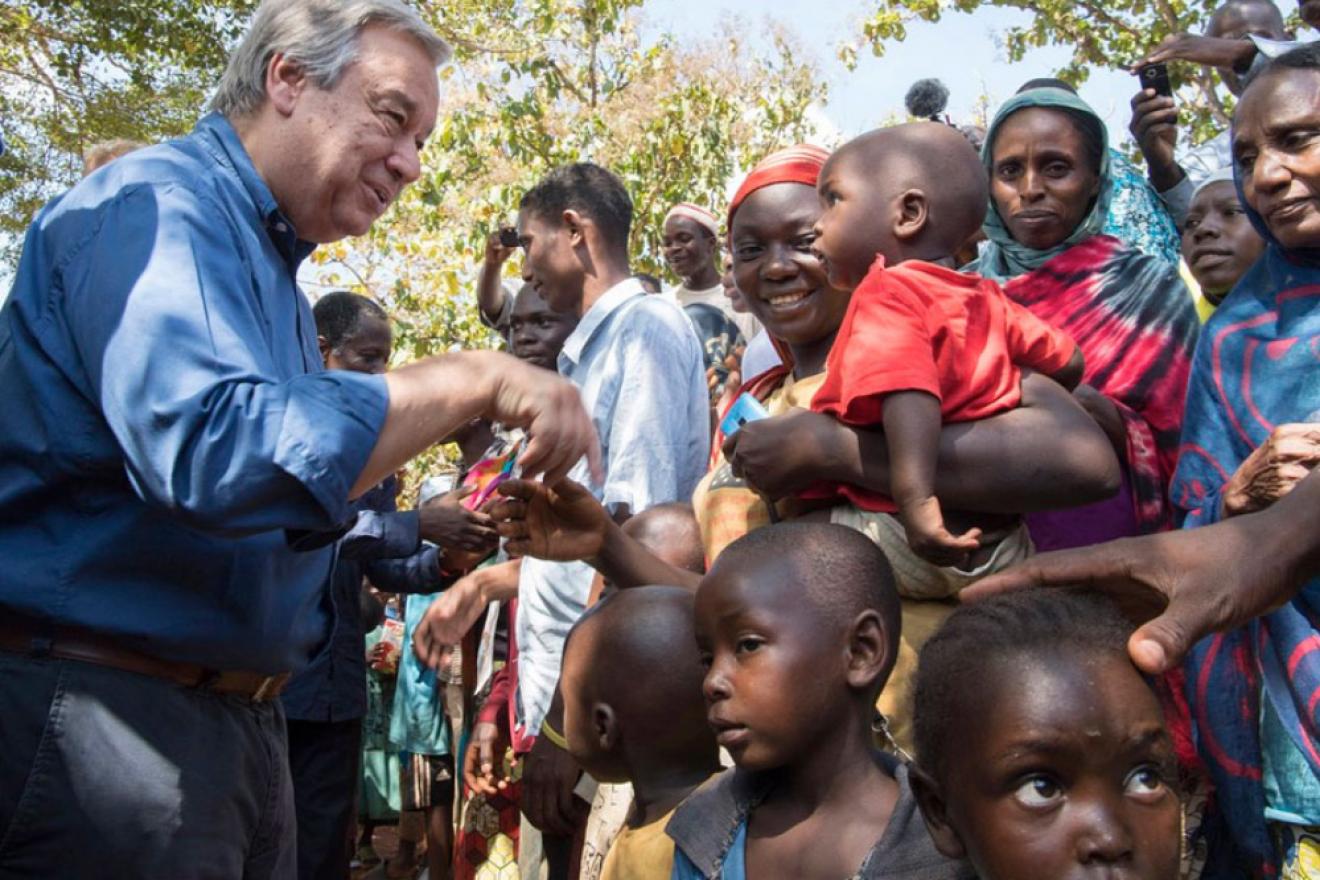 Poverty is a state or condition in which a person or community lacks the financial resources and essentials for a minimum standard of living. Poverty means that the income level from employment is so low that basic human needs can’t be met. Poverty-stricken people and families might go without proper housing, clean water, healthy food, and medical attention. Each nation may have its own threshold that determines how many of its people are living in poverty.

Recent estimates for global poverty are that 8.6% of the world, or 736 million people, live in extreme poverty on $1.90 or less a day, according to the World Bank. In the United States, 12.3% of the population, or 39.7 million people, live in poverty — with an income of less than $33.26 per day — according to the 2017 census. These numbers are calculated based on income and a person’s ability to meet basic needs. However, when looking beyond income to people experiencing deprivation in health, education, and living standards, 1.3 billion people in 104 developing countries are multidimensionally poor, according to a 2018 survey by the U.N. Development Program.

According to Jeffery Sachs, Extreme global poverty could be eliminated by 2025 if the wealthy countries of the world were to increase their combined foreign aid budgets to between $135 billion and $195 billion from 2005 to 2015. In 2004, 1.1 billion people lived in extreme poverty on less than a dollar a day”.

Several types of poverty may be distinguished depending on such factors as time or duration (long- or short-term or cyclical) and distribution (widespread, concentrated, individual). In general, the types of poverty are;

Absolute poverty: Also known as extreme poverty or abject poverty, it involves the scarcity of basic food, clean water, health, shelter, education, and information. Those who belong to absolute poverty tend to struggle to live and experience a lot of child deaths from preventable diseases like malaria, cholera, and water-contamination-related diseases. Absolute Poverty is usually uncommon in developed countries. It was first introduced in 1990, the “dollar a day” poverty line measured absolute poverty by the standards of the world’s poorest countries. In October 2015, the World Bank reset it to $1.90 a day. This number is controversial; therefore each nation has its own threshold for absolute poverty line. “It is a condition so limited by malnutrition, illiteracy, disease, squalid surroundings, high infant mortality, and low life expectancy as to be beneath any reasonable definition of human decency.” Said Robert McNamara, the former president of the World Bank.

Relative Poverty: It is defined from the social perspective that is the living standard compared to the economic standards of the population living in surroundings. Hence it is a measure of income inequality. For example, a family can be considered poor if it cannot afford vacations, cannot buy presents for children at Christmas, or cannot send its young to the university. Usually, relative poverty is measured as the percentage of the population with income less than some fixed proportion of median income. It is a widely used measure to ascertain poverty rates in wealthy developed nations. In European Union, the “relative poverty measure is the most prominent and most–quoted of the EU social inclusion indicators”

Situational Poverty: It is a temporary type of poverty based on the occurrence of an adverse event like an environmental disaster, job loss, and severe health problems. People can help themselves even with small assistance, as poverty comes because of unfortunate events.

Generational Poverty: It is handed over to individuals and families from one generation to another. This is more complicated as there is no escape because the people are trapped in its cause and unable to access the tools required to get out of it.“Occurs in families where at least two generations have been born into poverty.  Families living in this type of poverty are not equipped with the tools to move out of their situation” (Jensen, 2009).

Rural Poverty: It occurs in rural areas with populations below 50,000. It is the area where there are less job opportunities, less access to services, less support for disabilities, and quality education opportunities. People are tending to live mostly on the farming and other menial work available to the surroundings. The rural poverty rate is growing and has exceeded the urban rate every year since data collection began in the 1960s. The difference between the two poverty rates has averaged about 5 percent for the last 30 years, with urban rates near 10–15 percent and rural rates near 15–20 percent (Jolliffe, 2004).

Urban Poverty: It occurs in the metropolitan areas with population of over 50,000. These are some major challenges faced by the Urban Poor:

The 5 Major Effects of poverty

Globally, millions suffer from poverty-related health conditions as infectious diseases ravage the lives of an estimated 14 million people a year and are of the top effects of poverty. These diseases are contracted through sources like contaminated water, the absence of water and sanitation, and lack of access to proper healthcare. The list is broad and long. Here are the top diseases commonly linked to poverty.

Continuing the fight against poverty through economic expansion will help eliminate poverty-related illnesses and raise the value of health in poor communities.

There’s an old adage that says, “If a man doesn’t work, he doesn’t eat.” That’s not the case for a large number of people living in poverty. Lack of economic opportunity leads to impoverishment which then leads to crime. Global unemployment is at a high point. One hundred ninety-two million people around the world are jobless. In some parts of the world, mainly poor parts, unemployment standings will drive this number higher. In a study done on youth in the Caribbean, it was determined that joblessness fueled criminal activity in those aged 15 through 24. Because of the struggles in the Caribbean job market, the murder rates are higher there than in any other region in the world. The crime rate affects 6.8 percent of the Caribbean population against the world average of 4.5 percent, calculating the global rate per 100,000 people.

There is a direct correlation between low academic performance and poverty. Children who are exposed to extreme levels of poverty have difficulty with cognitive development, speech, and managing stress, which leads to adverse behavior. In the country of Niger—the most illiterate nation in the world—only 15 percent of adults have the ability to read and write. Eritrea follows on the heels of Niger: with a population of 6 million, the average person only achieves four years of school.

In these poor locations, young adults and children have to leave school to work to help provide additional income for their families. Other children don’t have access to education due to decent schools being too far for them to travel to. On the other hand, schools nearby don’t have enough materials and resources to properly educate children. The conditions of the schools are just as poor as the children’s living conditions.

Where there’s poverty, there’s a lack of education, joblessness, and poor health. The key to destroying the top effects of poverty is to attack the causes. More funding is needed for programs such as Child Fund International—a program that brings resources to children in poor communities. The International Economic Development Council supports economic developers by helping them create, retain, and expand jobs in their communities. And then there are the international efforts of the World Health Organization that fights to bring vaccinations and health-related resources to impoverished communities suffering from the infectious diseases of poverty. With these efforts along with other strategies, we can continue making strides to end the effects of poverty.

As basic and essential building blocks of societies, families have a crucial role in social development. They bear the primary responsibility for the education and socialization of children as well as instilling values of citizenship and belonging in the society. If a family struggles and there isn’t access to food, medicine, and other necessities during pregnancy, a fetus doesn’t thrive and could be born at a low birth weight. The major effect of poverty in the family is seen in children. As a child grows into the infant stage, they may suffer from delayed growth and experience frequent sickness. Stunted physical and mental development may occur during the toddler years due to malnutrition. School-aged children can face learning difficulties or may even find themselves unable to attend school. The effects of poverty can follow a child into adulthood, leading to chronic illness and lack of education or the ability to work.

People who commit sexual violence often target individuals who seem vulnerable due to poverty, gender, age, race, disability, sexual orientation, or immigration status. Statistics show that poverty increases people’s vulnerabilities to sexual exploitation of children in the schools, and in prostitution, sex trafficking, and the drug trade and people with the lowest socioeconomic status are always at greater risk for violence.

At its basic level, the relationship between poverty and employment lies in the extent to which income generated from employment permits workers and their dependants to obtain the goods and services necessary to meet basic needs, having a registered address is often essential to find work. A safe, decent home is also key to guaranteeing good health, which is key to keeping a job and performing properly. Poverty is linked to unemployment, especially in urban areas which, in the last three decades, have expanded to accommodate huge influxes of jobseekers. Most of the urban poor are either unemployed or continually face irregular job access and precarious working conditions. However, the vulnerability of the poor is largely due to underemployment and low returns on labor rather than open unemployment, since the poor would undertake any available economic activity, regardless of pay and working conditions, in order to survive.

Hence, the majority of the poor in the world are “working poor”, in the rural and urban informal sectors, who work long hours and combine multiple activities but are still unable to earn enough to meet their basic needs. Poverty is related to unequal access to employment opportunities in the labor market. Only a small fraction of the workforce in most developing countries have regular, full-time wage jobs. Poor workers are concentrated in those segments of the labor market where access to jobs is easier, but where returns on labor are low and employment is insecure and unprotected.