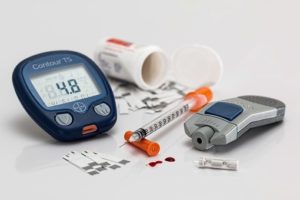 Alternative medicine received a boost with the recent findings of a research conducted to review the impact of ginger supplementation on blood sugar levels in type 2 diabetic patients.

Diabetes is slowly and gradually becoming a public health epidemic as evidenced by the rising prevalence of the condition over the years. As at 1980 the number of people living with diabetes were108 million today they are over half a billion individuals suffering from the condition.

Globally, diabetes is the leading cause of blindness, kidney failure, heart attack, stroke and lower limb amputation .About 4 million people die each year as a result of diabetes or diabetes related complication. Unfortunately, the trend seem to be rising more rapidly in middle- and low-income countries.

Diabetes is characterized by frequent urination, extreme fatigue, blurry vision, excessive thirst, and slow healing of wounds. Several benchmarks are used to diagnose the condition and this include fasting blood sugar test, random blood sugar test and the HBA1c test. Scientists at the University of Medical Sciences in Yazd, Iran evaluated the Effects of ginger (Zingiber officinale) on plasma glucose level, HbA1c and insulin sensitivity in type 2 diabetic patients the results showed that

1. Taking 1 gram of grounded ginger 3 times daily for 8 weeks will reduce your blood glucose level by 10.5%

3. Measurements of insulin resistance and insulin sensitivity were significantly better among those taking 1 gram of grounded ginger 3 times daily.

This findings opens an important vista in the management of diabetes as it opens a significant window of hope to the millions that are suffering from the condition especially in low and middle income countries were access to anti-diabetic drugs is limited due financial constraints. 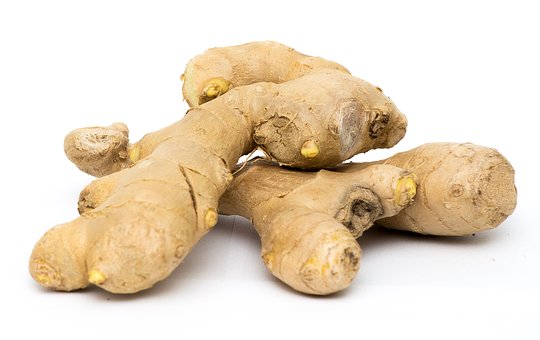 Does ginger control diabetes?
Yes , from the findings of this ground breaking research, and several other studies, it has been shown that ginger has beneficial effect on blood sugar control and as such ginger help in the control of diabetes.
Can diabetics eat ginger?
As established earlier ginger has several beneficial effects for diabetics. Diabetics can eat ginger either fresh or powdered as a component of drinks or food.
Can Ginger and metformin be compared?

Persons on anti-diabetic medications such as glibenclamide , insulin, metformin,  and rosiglitazone are advised to always talk to their doctors before making any changes to their  diabetes medication. the most common symptom of drug interactions  reported among people who take Ginger and Metformin together are dehydration, dizziness hypokalaemia, nausea, renal failure, urinary tract infection, hypomagnesaemia and fatigue. Although a  study conducted by at the university of Ibadan reported that, Ginger extracts, either raw or  cooked, reduced fasting blood glucose to normal as effectively as the anti diabetic drug, glibenclamide there is scarcity of literature on  drug interactions.
How to Prepare Ginger Tea for Diabetes
Step 1 : Wash and peel of the bark of your ginger.
Step 2: Blend or grate the ginger balls into smaller granules
Step 3: Add boiling water to the ginger and cover with a lid for 10 minutes.
Step 4: Using a fine sieve separate the liquid  from the ginger particles
Step 5. Avoid the addition of sugar or sweeteners as much as possible.
Does ginger cause  hypoglycemia?
Studies have shown that the consumption of ginger by non diabetic individuals is unlikely to  predispose such persons to hypoglycemia because the fasting blood glucose  often remain constant after medium and long term consumption of the spice
Does ginger  lower blood pressure?

The chemical compounds in ginger may help reduce hypertension, or high blood pressure in addition to lowering overall blood cholesterol levels which reduces the risk of heart disease by the elimination of sticky plaque along the walls of your arteries and blood vessels. See : Dbx 13 diabetes cure