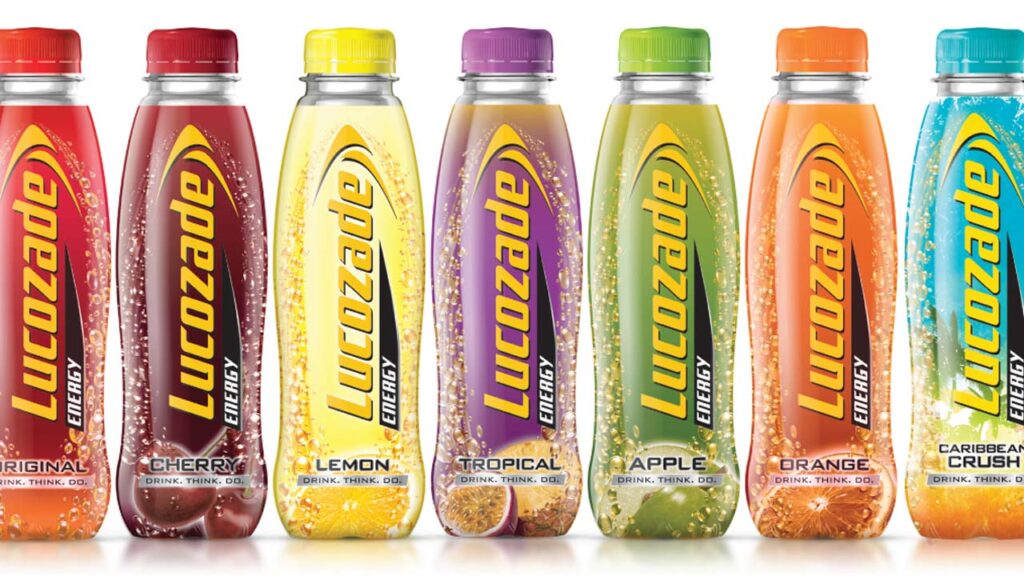 Lucozade is a soft drink originally created as “Glucozade” in the UK in 1927 by a Newcastle pharmacist, William Walker Hunter, it was acquired by the British pharmaceutical company Beecham’s in 1938 and sold as Lucozade, an energy drink for the sick. The company’s advertising slogan was “Lucozade aids recovery”. It was sold mostly in pharmacies up until the mid 1990s before it was more readily available as a sports drink in shops across the UK. A glucose and water solution, the product was sold until 1983 as a carbonated, slightly orange-flavored drink in a glass bottle wrapped in yellow cellophane.

Pharmacists sold it, children were given it when ill, and hospital visitors would regularly arrive with a bottle. It was rebranded in 1978 as a “pick me up”, and as a sports drink in 1983, to associate it with health rather than sickness. The company switched to a plastic bottle and introduced a range of flavours. As of 2016, a 500 ml bottle contained 62 g (15.5 cubes) of sugar, more than Coca-Cola. In 2017, to avoid sugar tax, the drink was reformulated to contain 22.5 g of sugar per 500 ml of liquid, as well as the artificial sweeteners aspartame and acesulfame. 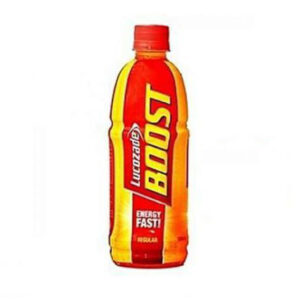 Can I drink lucozade boost during pregnancy?

Pregnancy will make you feel tired because you’re growing a baby. In addition to hormonal changes, physical and emotional changes also lower your energy levels and make you feel fatigued and tired. For most women, the extreme fatigue of the first trimester is soon forgotten with the glow and boost in energy that comes with the second trimester. So, if it seems like all you’re doing these first few weeks is lying around, dozing, or napping, don’t worry. It’s normal.

To maintain a healthy pregnancy, approximately 300 extra calories are needed each day. These calories should come from a balanced diet of protein, fruits, vegetables and whole grains. Sweets and fats should be kept to a minimum.  It is fine to drink Lucozade in pregnancy as long as you don’t drink several bottles every day. That’s because it contains caffeine (about as much as a can of Coke), which it’s wise not to have too much of in pregnancy. ALSO READ: Nigerian Foods and Beverages to Avoid During Pregnancy 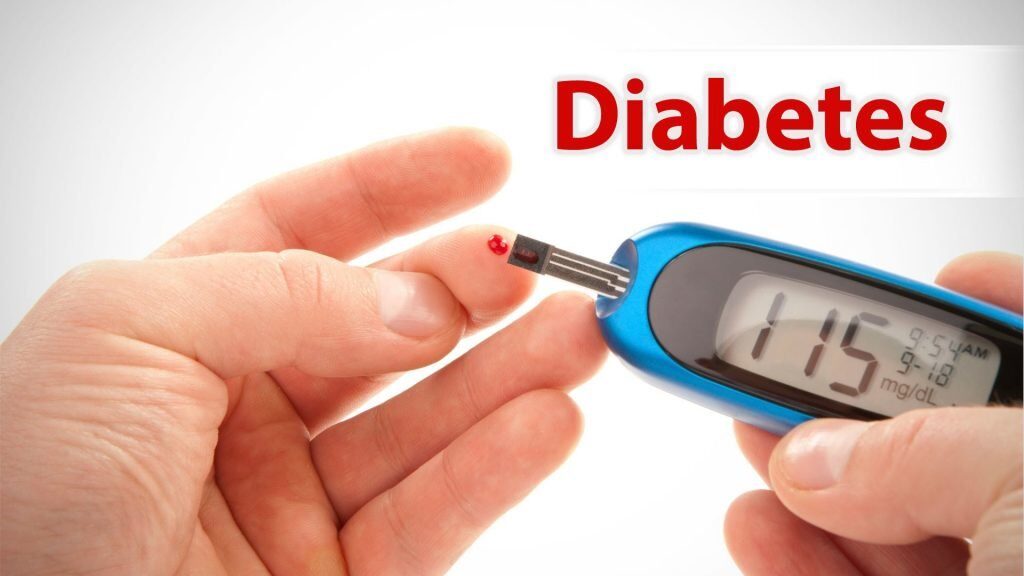 Type 2 diabetes is a chronic condition that affects the way the body processes blood sugar (glucose). With type 2 diabetes, the body either doesn’t produce enough insulin, or it resists insulin. Symptoms include increased thirst, frequent urination, hunger, fatigue and blurred vision. In some cases, there may be no symptoms. If you are diabetic, speak to your doctor who is more aware of your medical history.

Lucozade can cause blood glucose and insulin levels to spike and may lead to problems with getting blood sugar levels back down to normal, according to new research by Canadian scientists. Research has also shown that energy drinks not only spike your blood sugar, but they may also cause insulin resistance. This can increase your risk for type 2 diabetes.

There are several health risks and side effects that come with the consumption of Lucozade and other sugary drinks these include;

Caloric beverages like lucozade contribute to weight gain more than solid foods because the body doesn’t compensate fully for beverage calories by reducing calorie intake from other foods. Adults who drink one sugary drink or more per day are 27 percent more likely to be overweight or obese than non-drinkers, regardless of income or ethnicity.

Sugar containing drinks is associated with nearly twice the risk of cavities in children and increases their likelihood in adults. Untreated cavities can lead to pain, infection, and tooth loss. SEE: Coke Zero: Sugar Content, Effect On Ketosis, Pregnancy, Diabetes

Men who drink one can of a sugary drink per day have a 20 percent higher risk of having a heart attack or dying from a heart attack than men who rarely consume sugary drinks. A related study in women found a similar sugary drink–heart disease link. READ: Fearless Energy Drink Side effects

Is It Safe To Drink Malt During Pregnancy?

Benefits and Side Effects of Ukwa (Breadfruit) During Pregnancy
Can Type 2 diabetics drink LucozadeLucozade Benefitslucozade boost during pregnancy
June 2, 2022 Food & NutritionPublic HealthComments Off on Lucozade: Benefits, Pregnancy, Diabetes, Side Effects