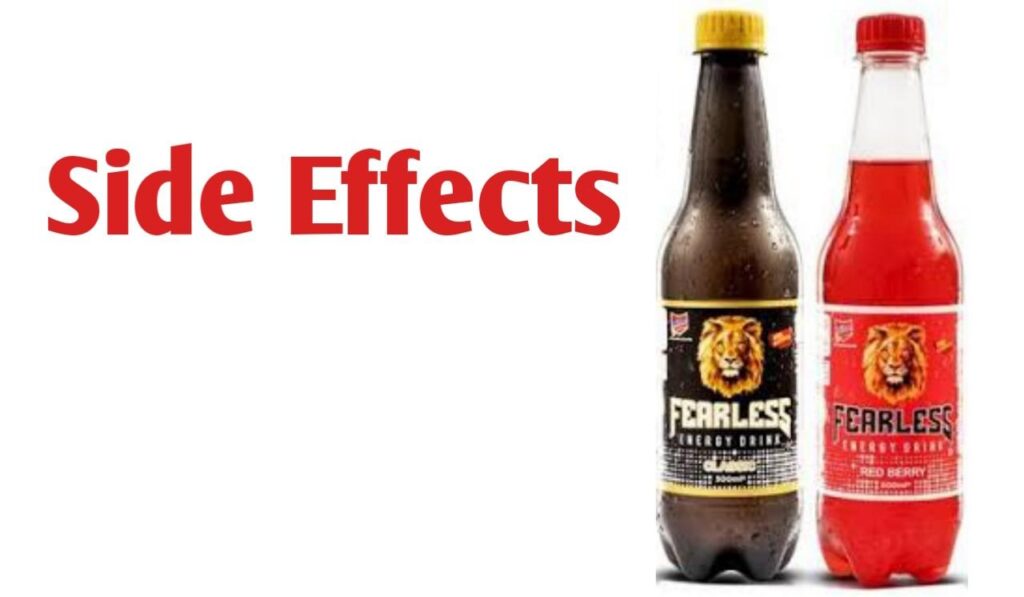 Fearless Energy Drinks are non-alcoholic energy boosting beverages that provides you limitless benefits at work, at training or sport, at play, at study, while in traffic, during the day and when it’s time to get loosen up at night. It is produced by Rite Foods Ltd, a major player in the  Nigerian food industry.

With quick absorption mechanisms and bowel compatibility, Fearless can give instant boost in energy levels. One may find that increased performance is experienced while consuming Fearless Energy drink within the shortest possible time. Its application varies based on the need of the individual, whether you are a workaholic needing to stay up late at night or all night to get that extra work done or you are an athlete needing that quick burst of energy to keep you going.

Following a study of energy drinks that discovered that many undergo a chemical reaction which produces hydrogen peroxide, a substance which causes oxidative stress and is used as an antiseptic public health officials are becoming increasingly interested in the energy drinks.

While night life activities require different kinds of indulgence, Fearless energy drink is non-alcoholic but it has been a favorite mixer among mixologists in their cocktail recipes.

Is Fearless energy drink good for a pregnant woman?

Energy drinks including fearless are not recommended during pregnancy as they may contain high levels of caffeine, and other ingredients not recommended for pregnant women. Some cold and flu remedies also contain caffeine. Talk to your midwife, doctor or pharmacist before taking these remedies.

What are the Side Effects of Fearless Energy Drink?

Although fearless energy drink has many benefits , it is still an energy drink with the accompanying health risk and side effects. The ingredients used in making Fearless Energy Drinks include: Water, Sugar, Taurine, Caffeine, Flavouring, Ginseng extract.

High dose of caffeine is accompanied by a high dose of sugar. It is ironical because a drink with a sporty image may lead to obesity due to its high sugar content. A 16-ounce energy drink gives you 220 calories. It may also increase the risk of type-2 diabetes.

One of the most important concerns around energy drinks is that they are loaded with caffeine. 16 ounces of energy drink can deliver 200 grams of caffeine to your body, and this is the least amount. It could go as high as 500 grams as well. Caffeine overdose may lead to hypertension, palpitations, calcium deficiency and more.

Energy drinks like fearless are loaded with sugar which is why they may affect your dental health. Sugar in these drinks can wear down the tooth enamel, thereby exposing them to cavities, hypersensitivity and erosion. When sugar is consumed, it interacts with the bacteria within the plaque to produce acid. This acid is responsible for tooth decay because it slowly dissolves the enamel creating holes or cavities in the teeth. Tooth decay can lead to tooth abscesses, which may result in the tooth having to be removed .

Another side effect of energy drinks is caffeine addiction. Studies have demonstrated that people who take in a minimum of 100 mg of caffeine per day (about the amount in one cup of coffee) can acquire a physical dependence that would trigger withdrawal symptoms that include headaches, muscle pain and stiffness, lethargy, nausea, vomiting, depressed mood, and marked. You may feel the need to drink a bottle of energy drinks before your workout session. Over time, this may weaken your ability to function without the drinks.

Energy drinks are used to give your body an instant energy boost. This is why people end up drinking it during workout hours and while playing sports. When these drinks are taken exclusively without any fluids, it may lead to dehydration. High levels of caffeine in these drinks prevent the kidney from retaining the fluids, thereby dehydrating your body.

In general, ginseng use is well tolerated, but some people experience side effects when taking it. Side effects associated with ginseng include nervousness, insomnia, changes in blood pressure, breast pain, vaginal bleeding, vomiting, diarrhea and mania.

Side Effects of Mixing Fearless energy drink with Alcohol

According to the Center for Disease Control and Prevention, when alcohol is mixed with caffeine, the caffeine can mask the depressant effects of alcohol, making drinkers feel more alert than they would otherwise. As a result, they may drink more alcohol and become more impaired than they realize, increasing the risk of alcohol-attributable harms.

Warning: Consuming energy drinks that contain or are mixed with alcohol may mask the signs of impairment and increase your risk of injury. In a study among Michigan high school students, those who binge drank were more than twice as likely to mix alcohol with energy drinks as non-binge drinkers (49.0% vs. 18.2%). Liquor was the usual type of alcohol consumed by students who reported mixing alcohol and energy drinks (52.7%).

Why Don’t Energy Drinks Work On Me?