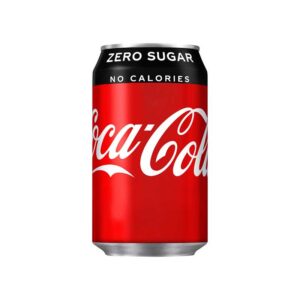 To sweeten this beverage without adding calories, artificial sweeteners are used.

Ketosis is a metabolic state characterized by elevated levels of ketone bodies in the blood or urine. Physiologic ketosis is a normal response to low glucose availability, such as low-carbohydrate diets or fasting, that provides an additional energy source for the brain in the form of ketones. Ketone drinks are claimed to put your body into ketosis without having to follow a ketogenic diet. One study found that exogenous ketone supplements may decrease appetite for over four hours when taken in a fasted state, but other research suggests that they may hinder weight loss efforts.

The absence of sugar  in Coke Zero will naturally trigger the liver to start producing ketones so as to burn fat . During nutritional ketosis, it is normal to have blood ketone levels of 0.5–3.0 millimoles per liter (mmol/L). According to the American Diabetes Association, a person should check their ketone levels if their blood glucose levels are higher than 240 milligrams per deciliter (mg/dl).

How Many Calories In A Bottle Of Coke Zero

How Much Sugar Does Coke Zero Have?

According to Coke zero nutrition facts provided by the Coca-Cola Company, Coke Zero contains   Zero (0) grams of sugar. However, Coke Zero (Coca-Cola Zero) uses several common artificial sweeteners, including aspartame and acesulfame potassium (Ace-K). The remaining ingredients are carbonated water, caramel color, food additives, and natural flavors. Studies have reported that  the use of artificial sweeteners may contribute to the development of obesity and metabolic syndrome, a cluster of conditions that increase disease risk

Diabetes is a disease that occurs when your blood glucose, also called blood sugar, is too high. Blood glucose is your main source of energy and comes from the food you eat. Insulin, a hormone made by the pancreas, helps glucose from food get into your cells to be used for energy. Coke Zero contains artificial sweeteners, which may increase the risk of developing type 2 diabetes, according to research.

On the other hand Cleveland Clinic considers most artificial sweeteners as considered “free foods”  which are safe for people with diabetes, and they can be used to reduce both your calorie and carbohydrate intake. Sugar substitutes also can help curb those cravings you have for something sweet.

Can I Drink Coke Zero While Pregnant?

During pregnancy, it is safe to drink one or less than one serving (1 serving= 330 ml) of soda or diet soda per day. Whether you consume soda containing sugar or artificial sweeteners like Coke zero, the caffeine in soda can be refreshing, but it can be harmful to the foetus. Only caffeine free coke zero are completely safe during pregnancy because caffeine is a stimulant, it increases your blood pressure and heart rate, both of which are not recommended during pregnancy. Caffeine also increases the frequency of urination. This causes a reduction in your body fluid levels and can lead to dehydration. Caffeine crosses the placenta to your baby. The standard Coke’s caffeine content is 34mg for a 12-oz can, and Diet Coke caffeine content is 46mg. That’s three to four times less than coffee! The same-sized coffee, in this case a 12-oz cup, has 140mg or more.