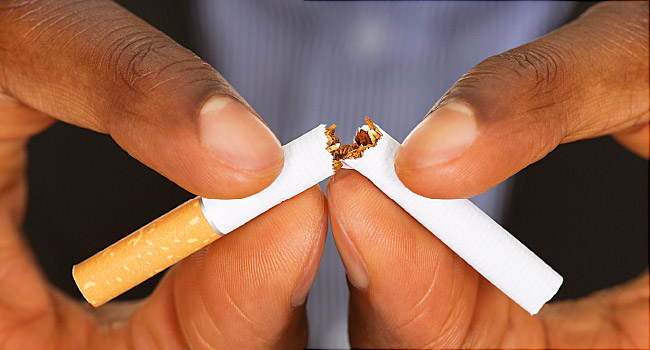 According to the World Health Organization, tobacco kills more than 8 million people each year. More than 7 million of those deaths are the result of direct tobacco use while around 1.2 million are the result of non-smokers being exposed to second-hand smoke. Over 80% of the world’s 1.3 billion tobacco users live in low- and middle-income countries.

Enter the counterfeit cigarette producers – unscrupulous manufacturers who will cut any corner to make a profit and millions of illegal cigarettes that they produce are regularly seized by councils across the UK. Tobacco fraud reportedly costs the UK around £2.5 billion a year, and the NHS spends £2 billion treating smoking-related illnesses.

Poorly manufactured counterfeits contain higher levels of toxic components such as tar, nicotine and even lead according to the Local Government Association. The cheap ingredients used in the manufacturing processes cause them to produce more carbon-monoxide and tar when burned. BBC reported that fake cigarettes can contain up to five times the levels of cancer causing chemicals. Some have been found to contain asbestos, mould, dust, dead flies, rat droppings and even human excrement.

According to a report from Germany, counterfeit cigarettes produced in black market factories contain substances such as weedkillers, metal splinters, dead insects and rat faeces. Alongside the health concerns, counterfeit cigarettes also pose a greater fire hazard as they rarely include designs that ensure that the cigarette will self-extinguish if not actively smoked.

How To Spot Fake Cigarettes

In addition to the measures listed above, scientists at the Joint Research Centre (JRC), the European Commission’s science and knowledge service, have developed a new test to tell where a cigarette has come from – and if the brand on the label corresponds to what’s in the pack.

The test can help authorities to detect illicit tobacco products and trace trafficking routes. Law enforcement agencies regularly carry out tariff-related checks on tobacco. One standard test measures the ‘cut width’ (the width the tobacco has been cut at during production), as fine cut tobacco for cigarettes is taxed more highly than other smoking tobaccos.

However, these types of tests are not necessarily useful for detecting illicit tobacco. Only a limited number of customs laboratories in EU Member States currently have the necessary equipment to perform more advanced tests. There’s also a need for reference databases to make comparisons.

The new method has the advantage of speed and simplicity. The measurement itself – which uses a near infrared spectrometer – takes only a few minutes. The obtained spectra are stored in a database and further processed with machine learning software to create classification models.

The spectrum of a suspicious tobacco product can then be compared with tobacco of known provenance to decide whether it is genuine or counterfeit. Once the database is set up, the evaluation can also be done within minutes. If a counterfeit product is detected, information can be extracted on the geographical origin of the tobacco, which can give an indication where the illicit product may have been manufactured.

The tests are also non-destructive – once a pellet has been prepared it can be reused as many times as needed. This contrasts to other techniques where, for example, the samples have to be digested by strong acids or extracted by chemical solvents before measurements can be made.

This information is provided by Public health Nigeria for informational and Harm Reduction purposes. We do not promote smoking or other activities that are harmful to health. Tobacco harm reduction (THR) is a public health strategy to lower the health risks to individuals and wider society associated with using tobacco products. It is an example of the concept of harm reduction, a strategy for dealing with the use of drugs. Tobacco smoking is widely acknowledged as a leading cause of illness and death, and reducing smoking is vital to public health. READ: Best Way To Stop Smoking