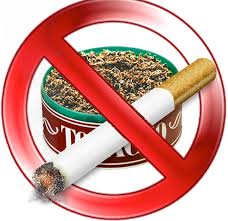 Tobacco is a plant grown for its leaves, which are dried and fermented before being put in tobacco products. Tobacco contains nicotine, an ingredient that can lead to addiction, which is why so many people who use tobacco find it difficult to quit. There are also many other potentially harmful chemicals found in tobacco or created by burning it. Smoking leads to disease and disability and harms nearly every organ of the body.

According to the CDC, more than 16 million Americans are living with a disease caused by smoking. For every person who dies because of smoking, at least 30 people live with a serious smoking-related illness. Smoking causes cancer, heart disease, stroke, lung diseases, diabetes, and chronic obstructive pulmonary disease (COPD), which includes emphysema and chronic bronchitis. Smoking also increases risk for tuberculosis, certain eye diseases, and problems of the immune system, including rheumatoid arthritis. Secondhand smoke exposure contributes to approximately 41,000 deaths among nonsmoking adults and 400 deaths in infants each year.

How does tobacco affect the brain?

The nicotine in any tobacco product readily absorbs into the blood when a person uses it. Upon entering the blood, nicotine immediately stimulates the adrenal glands to release the hormone epinephrine (adrenaline). Epinephrine stimulates the central nervous system and increases blood pressure, breathing, and heart rate. As with drugs such as cocaine and heroin, nicotine activates the brain’s reward circuits and also increases levels of the chemical messenger dopamine, which reinforces rewarding behaviors. Studies suggest that other chemicals in tobacco smoke, such as acetaldehyde, may enhance nicotine’s effects on the brain.

What are other health effects of tobacco use?

Although nicotine is addictive, most of the severe health effects of tobacco use comes from other chemicals. Tobacco smoking can lead to lung cancer, chronic bronchitis, and emphysema. It increases the risk of heart disease, which can lead to stroke or heart attack. Smoking has also been linked to other cancers, leukemia, cataracts, Type 2 Diabetes, and pneumonia. All of these risks apply to use of any smoked product, including hookah tobacco. Smokeless tobacco increases the risk of cancer, especially mouth cancers.

In keeping with WHO recommendations for implementation of Articles 9 and 10 of the WHO Framework Convention on Tobacco Control (FCTC) (1), many governments have taken steps to regulate or ban specific ingredients in tobacco products that increase the attractiveness of these products, particularly to youths, young adults and women. Menthol is one of the most widely used and recognizable flavours in tobacco products, with unique cooling properties that help to mask the harshness and irritation of tobacco. Use of menthol tobacco products is concentrated among the youngest ages in several countries , and these products are associated with:

Regulations to date suggest multiple approaches to restricting the use of menthol:  a ban on all flavouring agents (including menthol) that increase tobacco product attractiveness;  a ban on the use of menthol as a flavouring agent;  a ban on all products with a perceived menthol flavour or visible menthol identifiers; or  a ban on menthol within a specific category of products (such as small cigars) or • specific municipality, based on population evidence (such as high prevalence among youth). Preliminary evidence indicates that restrictions such as those identified above can successfully reduce menthol tobacco product use .

Regulators should consider the resources necessary to support ongoing evaluation and compliance, and the potential need for public education. Challenges to implementation of such restrictions can include:  the availability of adequate surveillance to identify regulatory needs and measure outcomes, including potential unintended consequences;  significant industry opposition, particularly in regions where menthol products make up a sizeable portion of the tobacco market; and/or  a changing marketplace, including new products or product categories featuring menthol, or introduction of synthetic or other compounds in place of menthol.

Menthol is a widely used flavouring agent found in oral hygiene products, health remedies, and candies. Natural menthol is isolated from flowering plants of the Mentha genus (mint). In addition to its characteristic flavour and aroma, menthol has physiological properties, most notable of which are topical cooling and anesthetic effects through the activation of TRPM8 sensory nerve receptors . In the case of tobacco use, menthol suppresses natural defense reactions to the chemical irritation caused by nicotine and tobacco smoke, reducing aversion to tobacco among inexperienced users and facilitating continuing product use . More recent evidence indicates that menthol also plays a role in supporting addiction, both by conditioning the desire for nicotine and by directly enhancing the reinforcing actions of nicotine in the brain.

Menthol is the most commonly marketed cigarette flavour, representing approximately 10% of the global cigarette market and with a market share greater than 25% in many countries including the Philippines, Chile, Singapore, and the United States. Menthol is also a flavour category found in smokeless tobacco products (here more commonly identified as “mint”) and is frequently used at reduced levels in products not advertised as menthol. Product innovations include the use of flavour capsules housed in the cigarette filter that release menthol alongside other chemicals, and the use of synthetic compounds without taste or odor that mimic menthol’s cooling effects .

Menthol products are often marketed as less irritating alternatives to regular products, with explicit health claims, as well as sensory descriptors and imagery implying that menthol products are safer or easier to use than non‐menthol products. Many smokers perceive menthol cigarettes as smoother and associate these sensations with reduced harm. Menthol tobacco products are used disproportionately by the youngest tobacco users across multiple studies and countries. Menthol cigarettes are associated with increased initiation and progression to regular smoking, and both adolescent and adult menthol smokers show greater signs of nicotine dependence and are less likely to successfully quit compared to non-menthol smokers, with higher rates of relapse .

The findings support the conclusion that the use of menthol in tobacco products creates a greater public health burden.

Regulation of menthol can include restrictions on sale of tobacco products identified or branded as menthol, restrictions on the use of menthol at noticeable or perceived levels, or a ban on the addition of menthol at any level. A complete ban on menthol limits the ability of manufacturers to market products that contain menthol but which are not directly identified as containing menthol. Extending the ban to all forms of tobacco reduces the potential for menthol use to shift to new tobacco products or categories. Countries with an established menthol market may experience significant political or industry opposition to a complete menthol ban in tobacco products. A step-by-step approach to regulation may be more feasible, potentially including the introduction of restrictions at the sub-regional rather than country level. An evidence base using data collected from the region of interest can provide more direct support for regulation. A ban on all flavour agents that increase tobacco product attractiveness, rather than focusing on menthol exclusively, can provide an alternate route to restricting menthol, and may prevent the unwanted introduction of menthol substitutes. SEE: Best Way To Stop Smoking