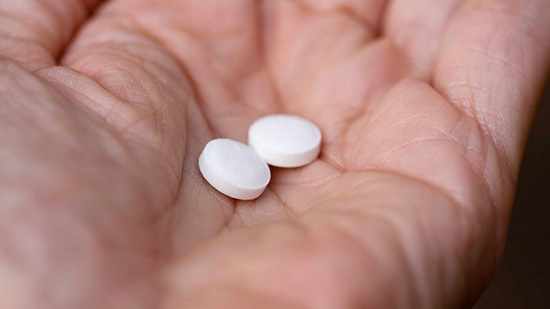 RP 10 325 is a combination of the semisynthetic opioid oxycodone and the mild analgesic acetaminophen, the active component of Tylenol. It’s used to treat moderate to severe pain on a short-term basis, and it is dispensed in tablet form. The opioid aspect of the drug rapidly produces tolerance. Individuals regularly taking RP 10 325 will need higher and higher doses to produce the same effect. This can lead to addiction and adverse health effects. The abuse of prescription medications has been on the rise due to increased availability and the belief that these drugs are safer to abuse than illicit intoxicants. However, prescription opioids like RP 10 325 can be just as addictive as illegal drugs and have the potential for overdose. In fact, the Canadian Medical Association Journal reported in 2009 that deaths related to oxycodone in Ontario increased fivefold between 1991 and 2004. More recently, this epidemic was further complicated with the influx of RP 10 325 fake mostly from China and Mexico.

This rise in abuse and deaths led governments around the world to restrict prescriptions of RP 10 325 and other opioids containing pain medications. Tests were developed to detect the presence of the drug in urine, saliva, and hair follicles. These may be used in an addiction treatment center to detect relapse or by certain employers in various occupations.

Anyone addicted to RP 10 325 or any other opioid should consult a medical professional before attempting to quit, as withdrawal symptoms can be extremely unpleasant, and cravings can be intense. Addiction treatment centers may gradually wean a client off the medication or substitute an opioid dependence treatment medication to minimize these effects.

Drugs stay in people’s systems for different amounts of time due to a multitude of factors, including metabolism, age, other medications you’re on, how long you’ve been taking the drug, and overall health.

Age: Adults over the age of 40 have been study-proven to clear the oxycodone in RP 10 325 from their systems at a slower rate than younger adults.

Duration of use: RP 10 325 can build up in your body, so if you have been taking it for pain for some time, it will be detectable for a longer period of time after your last dose.

Metabolism: The faster your metabolic rate, which can be influenced by age, hydration, and physical activity, the quicker your body will excrete the drug.

RP 10 325 has an average elimination half-life of 3.5 hours, meaning this is the amount of time it takes for half a dose of RP 10 325 to leave one’s system. This means that it will take an average of 19 hours to eliminate all of the RP 10 325 from the system. However, this can take longer for those who are chronic, heavy users of the drug, as opioids will be absorbed by the body’s fatty tissues if there’s more RP 10 325 in the body than the liver can handle at once. It takes longer for the traces of RP 10 325 in these tissues to leave the body than that which primarily stays in the bodily fluids.

In urine tests, traces of RP 10 325 can generally be detected for 48 hours, starting 2 hours after the first dose. It can be found in the blood for just a day. The only long-term test is the hair test, which can detect oxycodone built up in the follicles for up to 30 days. However, this test is not as reliable as urine or blood tests.

Addiction to RP 10 325 and other opioids is a serious matter. Opioids can cause long-term damage to the body, and building a high tolerance to the drug puts one at risk for overdose and illness. When taken in excessive amounts, the acetaminophen in RP 10 325 is also damaging to the liver, leading to inflammation, hepatitis, scarring, and permanent damage. To minimize these health risks, addiction treatment services should be sought out as soon as an addiction is suspected

While drinking lots of fluids or exercising may help dilute your urine or speed up your metabolism slightly, these are not proven methods to get RP 10 325 out of your system more quickly.

Your best bet is to stop taking the drug, but never without first talking to your doctor. Because RP 10 325 can lead to physical dependence, you may experience unpleasant symptoms of withdrawal if you stop cold turkey.

The risks of overdose from RP 10 325 come both from the oxycodone opiate and acetaminophen. If you take RP 10 325 and get to the point where it feels like it’s no longer controlling your pain, don’t increase your dose on your own—call your doctor and discuss the problem.

Be sure to check that you aren’t taking multiple medicines that contain acetaminophen. Because acetaminophen is used in a large number of combination medications, an overdose can happen when you don’t realize that you’re taking it in more than one medication.

Combination drugs like RP 10 325 are now limited to 325 milligrams of acetaminophen per tablet, capsule, or other dosage units to help prevent these dangerous overdoses.

If you suspect you have taken more than 4,000 milligrams of acetaminophen in 24 hours, contact your doctor immediately, even if you feel well and don’t have any symptoms. An overdose of acetaminophen can result in irreversible liver damage and death.

Some of the symptoms of RP 10 325 overdose include:

If you suspect someone has overdosed on RP 10 325, call 911 immediately. First responders should be able to revive the overdose victim by using a medication called Narcan (naloxone) if they’re notified quickly.

When oxycodone is combined with alcohol, other opioids, benzodiazepines, or other central nervous system depressants like certain cold or allergy medicines, it can result in profound sedation, breathing suppression, coma, and even death. Talk to your doctor or pharmacist about how other medications you may be taking could interact with RP 10 325 pills.

Stopping RP 10 325 suddenly can cause extremely unpleasant opioid withdrawal symptoms that can begin 6 to 30 hours after taking the drug. For most people, symptoms of withdrawal should markedly improve within 5 to 7 days. If your symptoms are lingering or getting worse, it’s important to seek medical help.