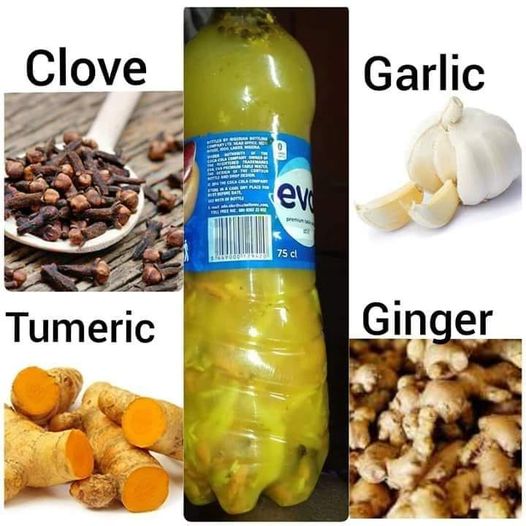 Plants have been the basis for medical treatments through most of human history, and such traditional medicine is still widely practiced today. Modern medicine makes use of many plant-derived compounds as the basis for evidence-based pharmaceutical drugs. Today, we live in a time when manufactured medicines and prescriptions prevail, but do they have to be the only approach to healing?

Even with all of these engineered options at our fingertips, many people find themselves turning back to the medicinal plants that started it all: Herbal remedies that have the ability to heal and boost physical and mental well-being. In fact, at the beginning of the 21st century, 11 percent of the 252 drugs considered “basic and essential” by the World Health Organization were “exclusively of flowering plant origin.” Drugs like codeine, quinine, and morphine all contain plant-derived ingredients.

These alternatives aren’t cure-alls, and they aren’t perfect. Many carry the same risks and side effects as manufactured medicines. Many of them are sold with unfounded promises. However, many herbs and teas offer harmless subtle ways to improve your health. Pay attention to what the evidence says about each herb’s effectiveness as well as potential interactions or safety issues. Avoid using herbs for infants and children and for those who are pregnant and breastfeeding. Most herbs haven’t been tested for safety for those who are vulnerable, and trying herbs isn’t worth the risk.

Herbal products are of interest to many patients and health care practitioners since about 70% of population worldwide rely on herbal medicines for part of their primary health care. In different regions and cultures, herbal products are used as single herb, combination of herbs, or combination of herb(s) and drug(s). When herbs are used in combination, the effects can be complicated as various interactions can occur among the individual components. The most desirable interactions are those which can result in additional therapeutic benefit. From a modern pharmacological point of view, reinforcement can probably be interpreted to include either an additive effect (when the combined effect of two herbs equals the sum of the effect of each agent given alone) or synergistic effect (when the combined effect exceeds the sum of the effects of individual herbs). However, studies have shown that evidence to support these synergistic effects remains weak and controversial due to several reasons, including the very complex nature of CHM.

Ginger  has one of the highest levels of antioxidants compared to other foods, says Chika Anekwe, MD, MPH, an obesity medicine physician at Massachusetts General Hospital says Ginger root has one of the highest levels of antioxidants compared to other foods, only pomegranates and other antioxidant-rich berries surpass it. Antioxidants prevent oxidative stress, a process that is associated with diseases like cancer, diabetes, and stroke. Oxidative stress occurs when there are too many free radicals — molecules naturally produced by metabolic processes — in the body. Antioxidants stabilize free radicals and prevent oxidative stress, thereby protecting the body from disease. A small 2017 study tested the antioxidant effects of ginger in cancer patients receiving chemotherapy. Those who received a daily ginger extract had higher levels of antioxidants and lower levels of oxidative stress than the placebo group. Gingerol, the main bioactive compound in ginger, has powerful anti-inflammatory effects. Conditions like PCOS and endometriosis, that greatly affect fertility, are heavily tied to inflammation in the body. Getting more ginger  into the ginger garlic turmeric and cloves combo can help mitigate inflammation and facilitate conception.

Garlic is a herb that is grown around the world. It is related to onion, leeks, and chives. It is thought that garlic is native to Siberia, but spread to other parts of the world over 5000 years ago. Garlic is most commonly used for conditions related to the heart and blood system. These conditions include:

Hardening of the arteries (atherosclerosis). As people age, their arteries tend to lose their ability to stretch and flex. Garlic seems to reduce this effect. Taking a specific garlic powder supplement (Allicor, INAT-Farma) twice daily for 24 months seems to reduce how much hardening of the arteries progresses. Higher doses of this product seem to provide more benefits in women than men when taken over a four-year period. Research with other products containing garlic, alone or along with other ingredients (Kyolic Reserve, Kyolic, Total Heart Health, Formula 108, Wakunaga), have also shown benefits.

Preventing tick bites. People who consume high amounts of garlic over about an 8-week period seem to have a reduced number of tick bites. But it’s not clear how garlic compares to commercially available tick repellants.

Ringworm (Tinea corporis). Applying a gel containing 0.6% ajoene, a chemical in garlic, twice daily for one week seems to be as effective as antifungal medication for treating ringworm.

Jock itch (Tinea cruris). Applying a gel containing 0.6% ajoene, a chemical in garlic, twice daily for one week seems to be as effective as antifungal medication for treating jock itch.

Turmeric is a spice that comes from the turmeric plant. It is commonly used in Asian food. You probably know turmeric as the main spice in curry. It has a warm, bitter taste and is frequently used to flavor or color curry powders, mustards, butters, and cheeses. But the root of turmeric is also used widely to make medicine. It contains a yellow-colored chemical called curcumin, which is often used to color foods and cosmetics. Turmeric is commonly used for conditions involving pain and inflammation which include:

High levels of cholesterol or other fats (lipids) in the blood (hyperlipidemia). Turmeric seems to lower levels of blood fats called triglycerides. The effects of turmeric on cholesterol levels are conflicting. There are many different turmeric products available. It is not known which ones work best.

Clove is a plant grown in parts of Asia and South America. People use the oils, dried flower buds, leaves, and stems to make medicine. Clove is most commonly applied directly to the gums for toothache, pain control during dental work, and other dental-related issues. But there is limited scientific research to support these and other uses which include:

Tooth plaque. Early research shows that using a toothpaste or mouth rinse containing clove and other ingredients helps to reduce plaque on the teeth.

Mosquito repellent. Early research shows that applying clove oil or clove oil gel directly to the skin can repel mosquitos for up to 5 hours.

Pain. Early research shows that applying a gel containing ground cloves for 5 minutes before being stuck with a needle can reduce needle stick pain.

Prediabetes. Early research in people with prediabetes shows that taking an extract from clove flower buds seems to lower blood sugar levels before and after a meal. However, this study didn’t include a control group, so the true effects of clove on blood sugar are not clear.

Itching. Early research shows that putting a solution containing clove oil gel on the skin can help with severe itching.

Toothache. Clove oil and eugenol, one of the chemicals it contains, have long been applied to the teeth and gums for toothache, but the U.S. Food and Drug Administration (FDA) has reclassified eugenol, downgrading its effectiveness rating. The FDA now believes there is not enough evidence to rate eugenol as effective for toothache pain. SEE: Side Effects Of Ginger Garlic Turmeric And Cloves Combo  AND Does Agbo Jedi Work For Weight Loss?

Side Effects Of Ginger, Garlic, Turmeric and Cloves Combo