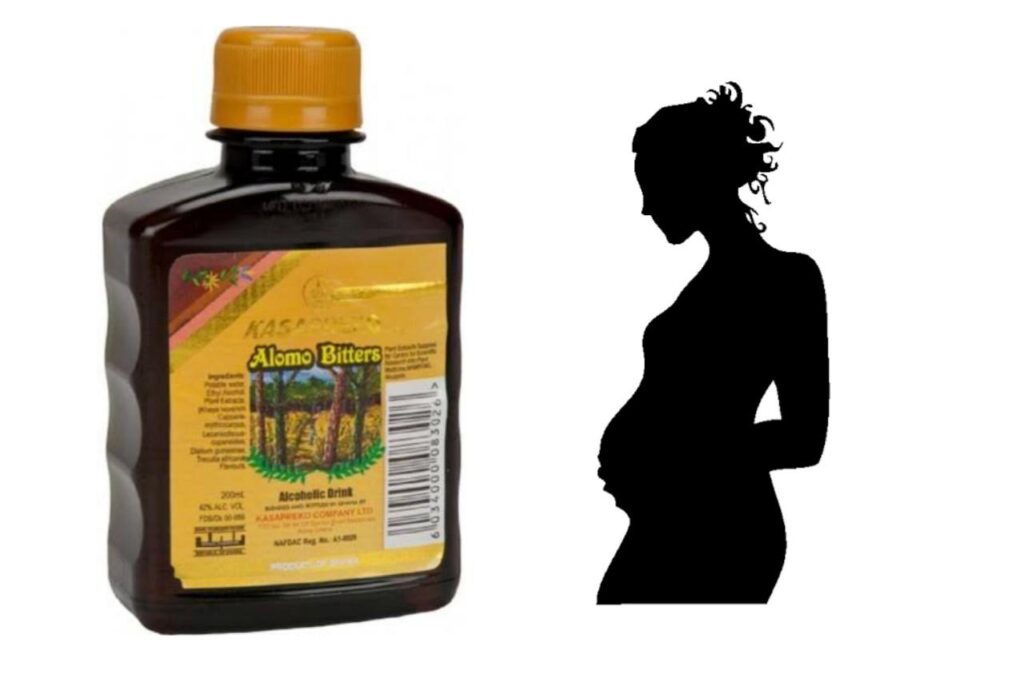 Alomo Bitters is a popular herbal based alcoholic drink produced in Ghana by Kasapreko. It is popular not only in Ghana but also in Nigeria, Togo, Ivory Coast, South Africa and Burkina Faso. Its popularity has led to a lot of counterfeit production.

Alomo Bitters was developed in conjunction with the Center for Scientific Research into Plant Medicine in Ghana, an affiliate of the World Health Organization is used by traditional herbal medicine practitioners to relieve menstrual pains and cramps. Alomo bitters is not used as an abortion agent or to remove pregnancy.

Unsafe Abortion  results in complications for about 7 million women a year. Unsafe abortions are also one of the leading causes of deaths during pregnancy and childbirth (about 5-13% of all deaths during this period). Most unsafe abortions occur where abortion is illegal, or in developing countries where affordable and well-trained medical practitioners are not readily available, or where modern birth control is unavailable.

Unsafe abortion was and is a public health crisis. More specifically, lack of access to safe abortion was and is a public health risk. The more restrictive the law, the higher the rates of death and other complications. According to WHO statistics, the risk rate for unsafe abortion is 1/270; according to other sources, unsafe abortion is responsible for at least 8% of maternal deaths. Worldwide, 48% of all induced abortions are unsafe. The British Medical Bulletin reported in 2003 that 70,000 women a year die from unsafe abortion. Incidence of such abortions may be difficult to measure because they can be reported variously as miscarriage, “induced miscarriage”, “menstrual regulation”, “mini-abortion”, and “regulation of a delayed/suspended menstruation. ALSO READ: Nigerian Foods and Beverages to Avoid During Pregnancy

Drinking Alomo bitters, especially in the first 3 months of pregnancy, increases the risk of miscarriage, premature birth and your baby having a low birth weight. Drinking after the first 3 months of your pregnancy could affect your baby after they’re born. The risks are greater the more you drink. Alomo bitters is a high alcoholic drink which contain 42 percent alcohol by volume, During the third week of gestation, ocular development begins and tissues of the eye are the first component of the central nervous system compromised by the prenatal introduction of alcohol.

During this time and continuing forward, the retina becomes vulnerable to the effects of alcohol. There is no safe time to drink alcohol during pregnancy. Alcohol can cause problems for the developing baby throughout pregnancy, including before a woman knows she is pregnant. Drinking alcohol in the first three months of pregnancy can also cause the baby to have abnormal facial features. SEE: Alomo Bitters: Alcohol Percentage, Weight Loss, Diabetes & Effects